Geothermal energy heats and cools the building using 17 boreholes up to 150 m deep.

The new office building was built as an infill project between two busy parallel streets in an urban area. It consists of 4 underground floors used for parking cars and 7 aboveground floors of offices. The aboveground part is divided into two separate „towers“ connected with a footbridge, the underground part is linked by a tunnel to the neighbouring building of Palác Křižík I. The total floor area covers 12,033 m2, out of which offices comprise 4,697 m2 and retail space accounts for 572 m2. The building provides parking spaces for 151 cars.

The foundation system for the building uses bored piles ranging in diameter from 600 to 1,200 mm and reaching a depth from 6 to 12 m. From the structural point of view, it is a cast-in-place concrete frame with watertight concrete perimeter walls in the basement. Part of the footbridge connecting the towers was made of pre-stressed concrete. The façade is a curtain wall with a special shading system composed of expanded metal panels. Roofs of the towers as well as the atrium roof are designed as green roofs.

The building complies with the requirements of the BREEAM environmental certification at the level of Excellent and features several unusual technical solutions: geothermal energy heats and cools the building using 17 boreholes up to 150 m deep; LED technology is used to provide lighting in most interior areas and all elevators are equipped with a regenerative drive system. The entire building is operated using a sophisticated building management system, which controls HVAC, shading, lighting, etc. Another „green“ feature of the project are 35 stands for bicycles and facilities for cyclists such as showers and locker rooms. Occupants of the building also have a gym, a climbing wall and a terrace at their disposal. 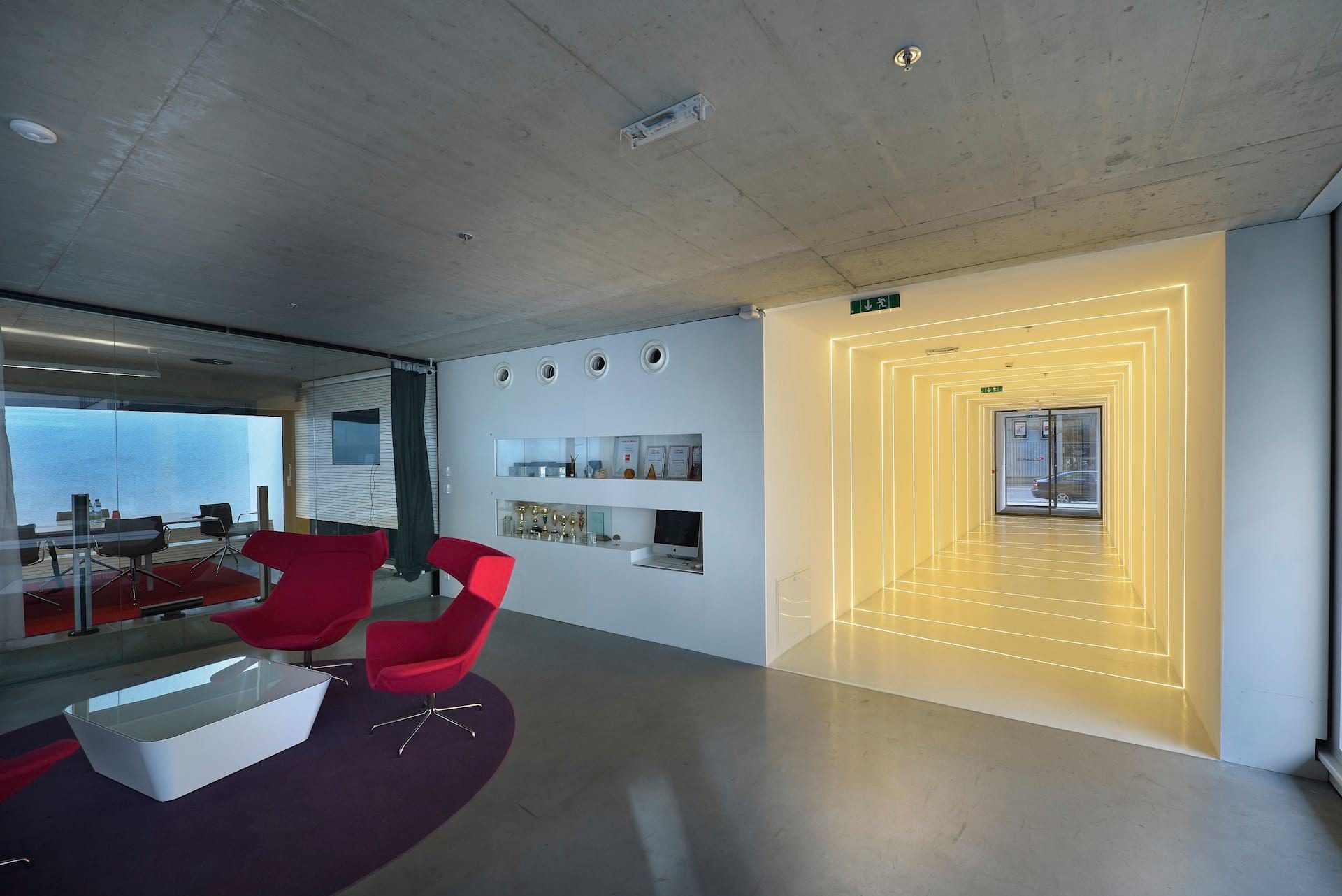 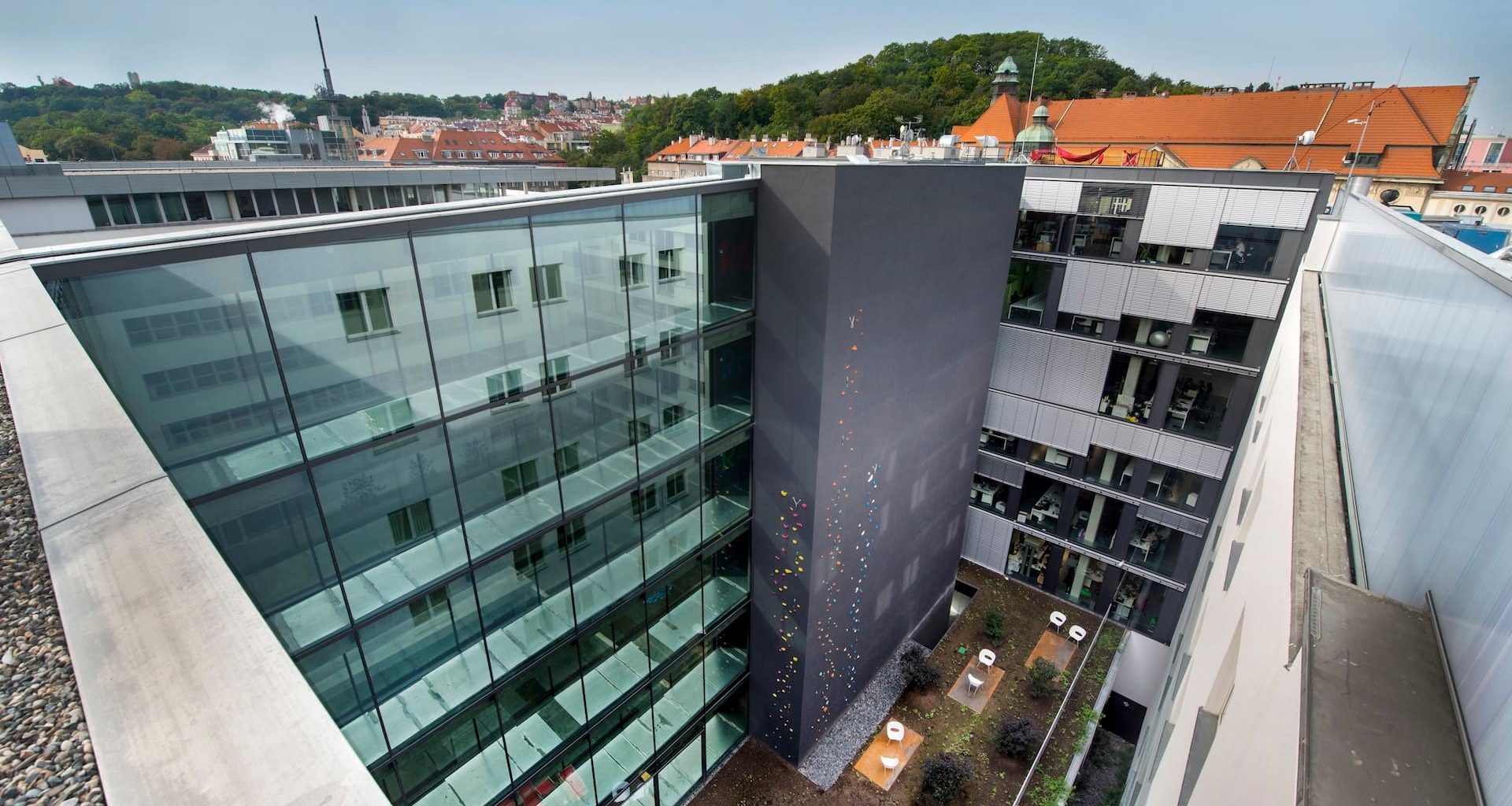 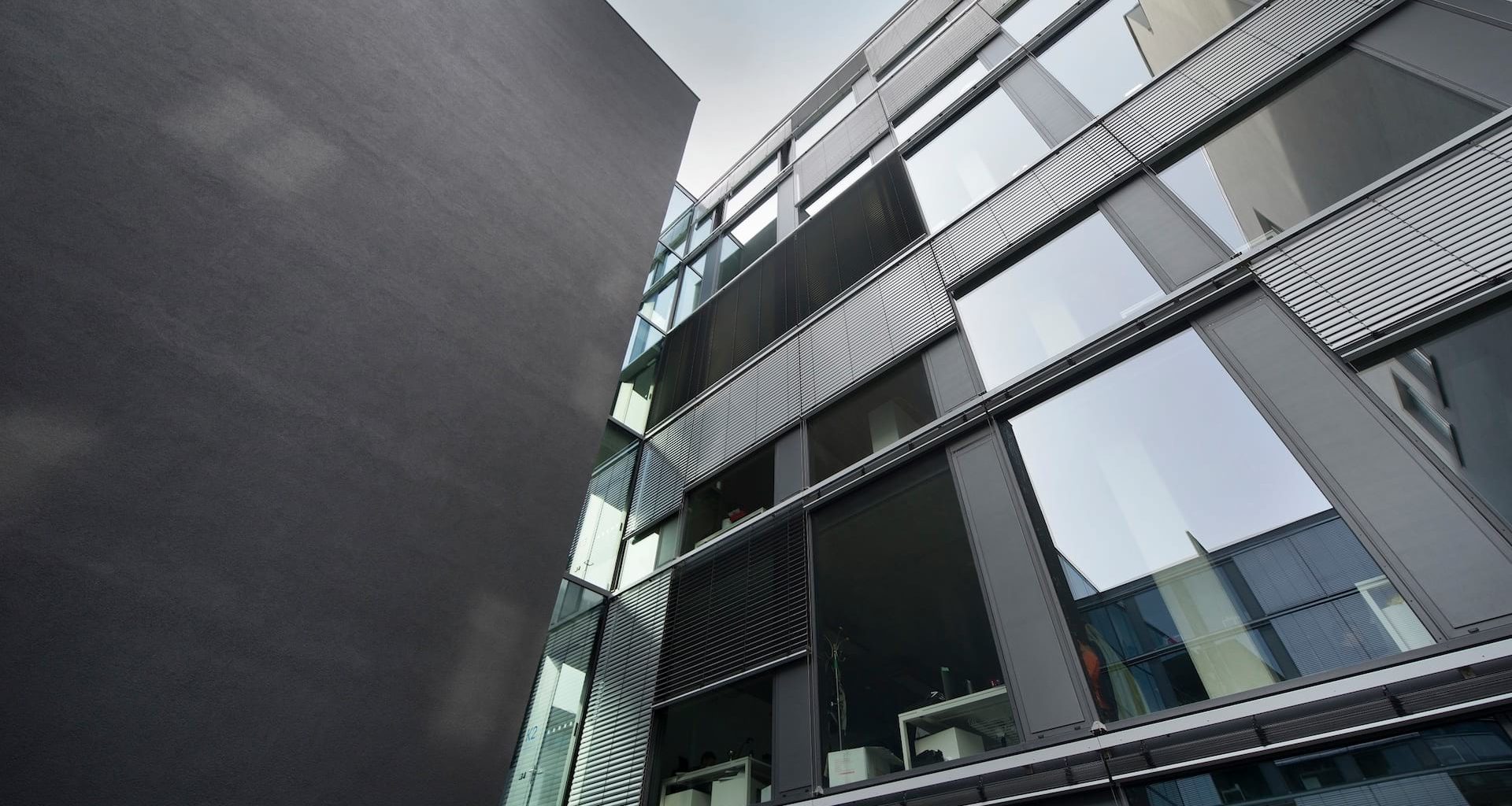 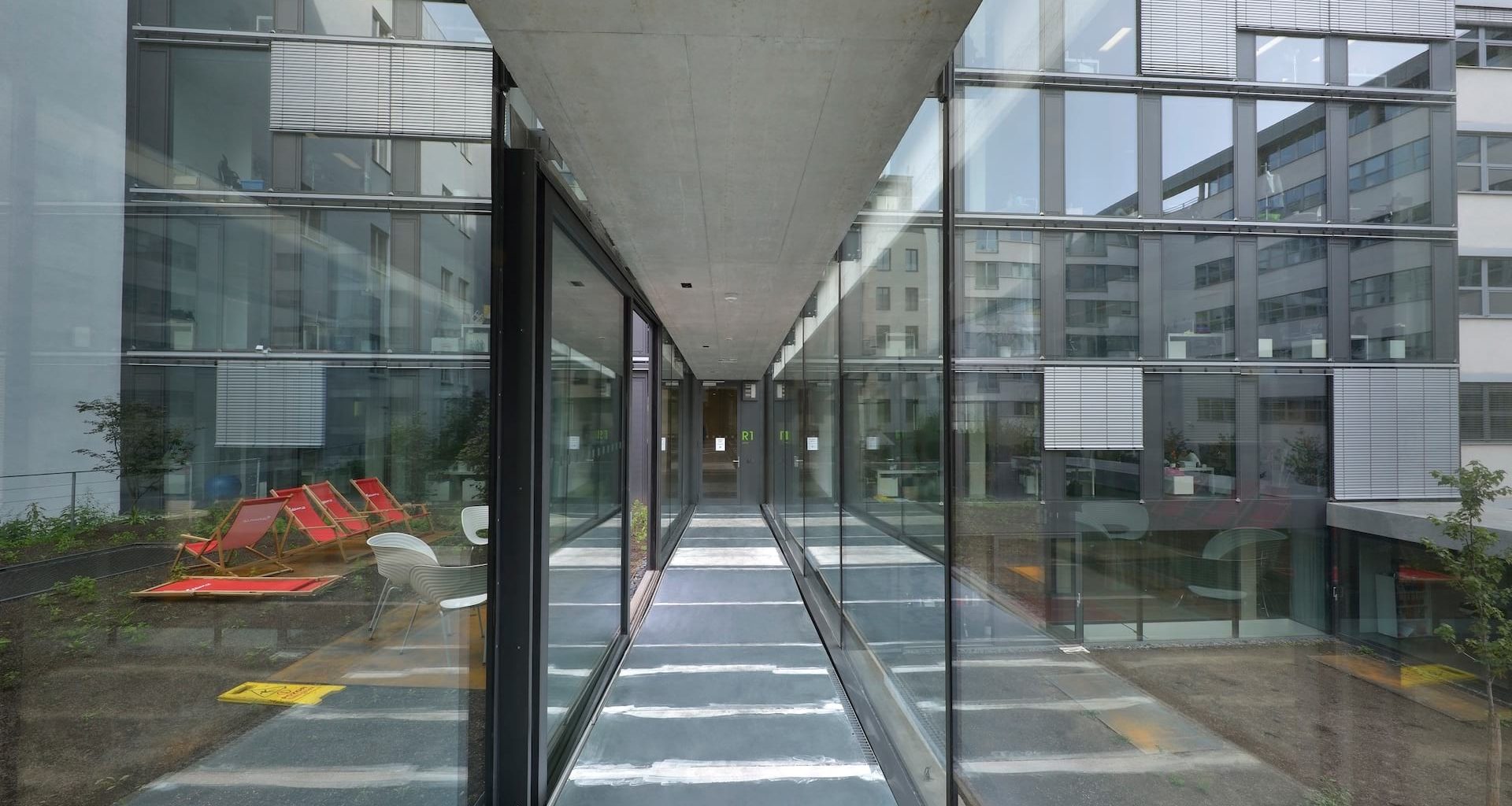 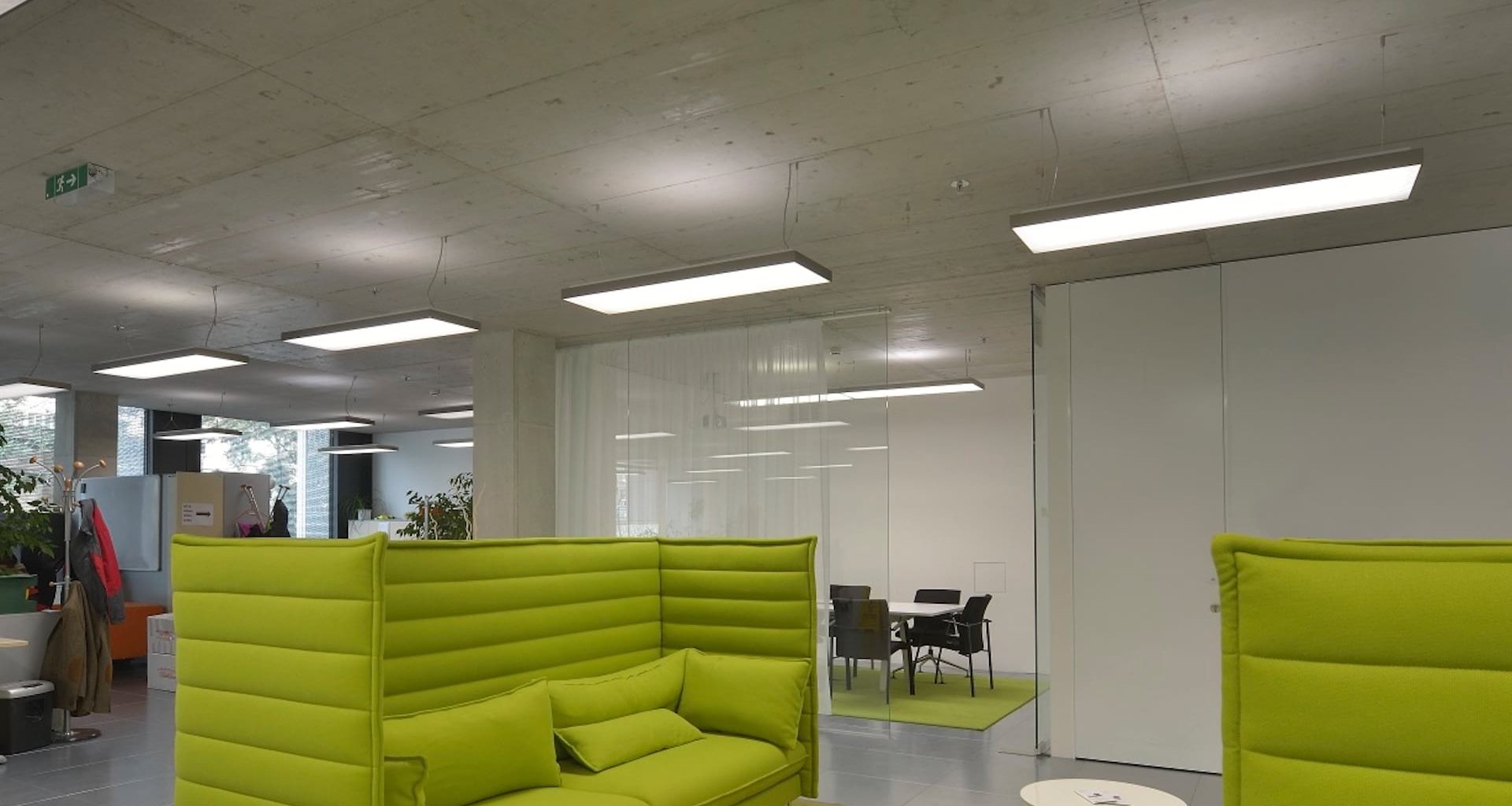 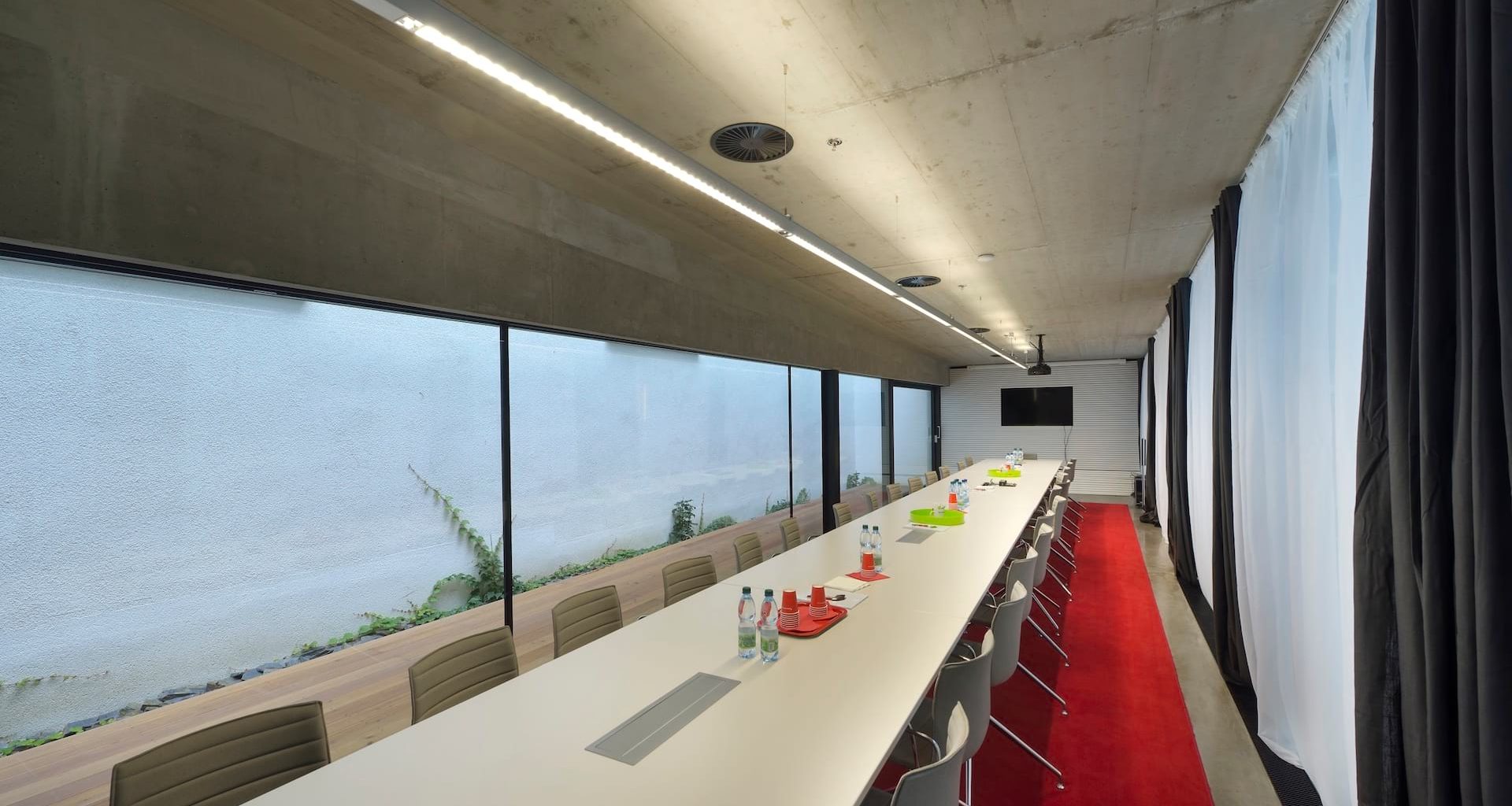 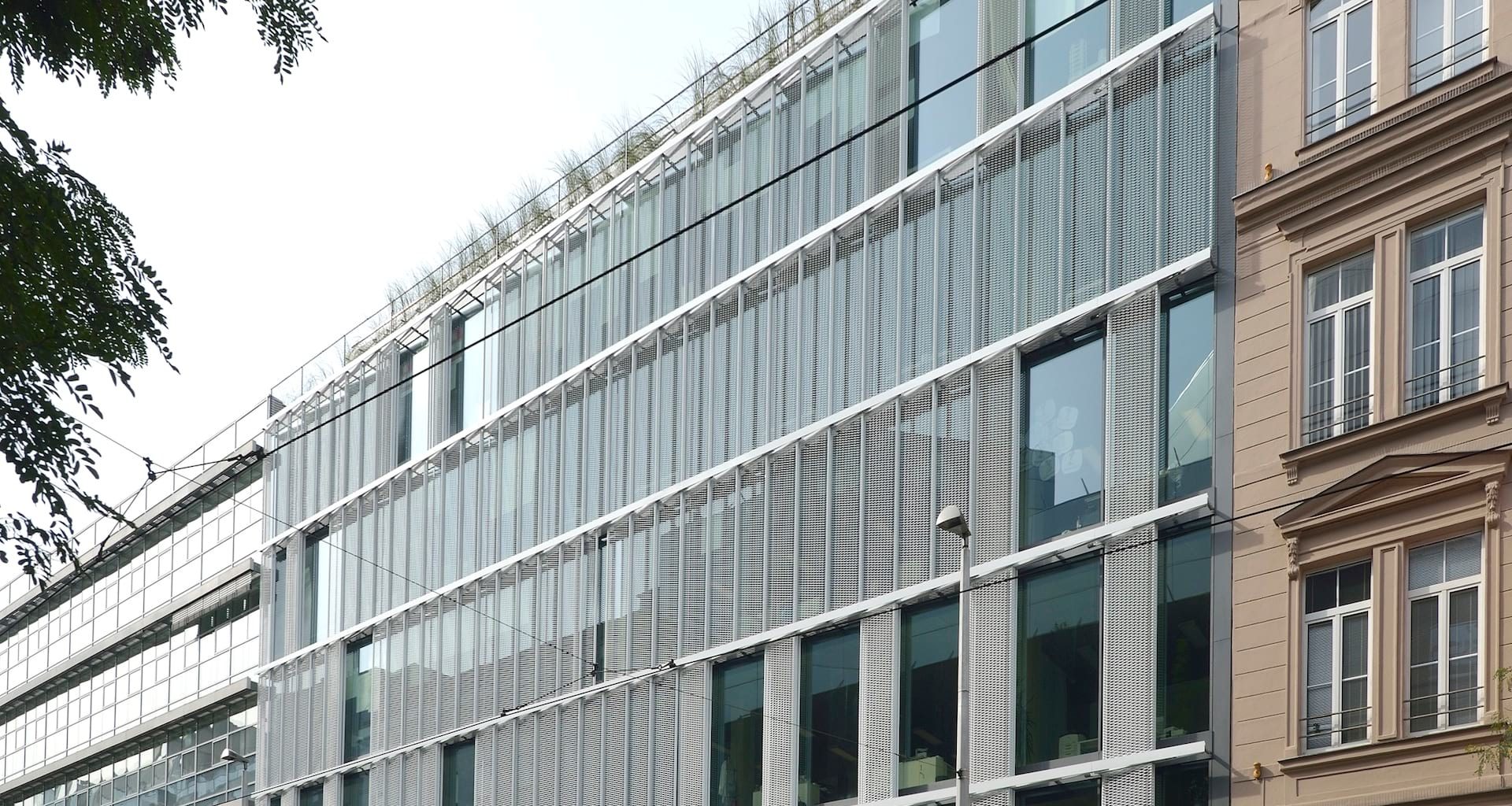 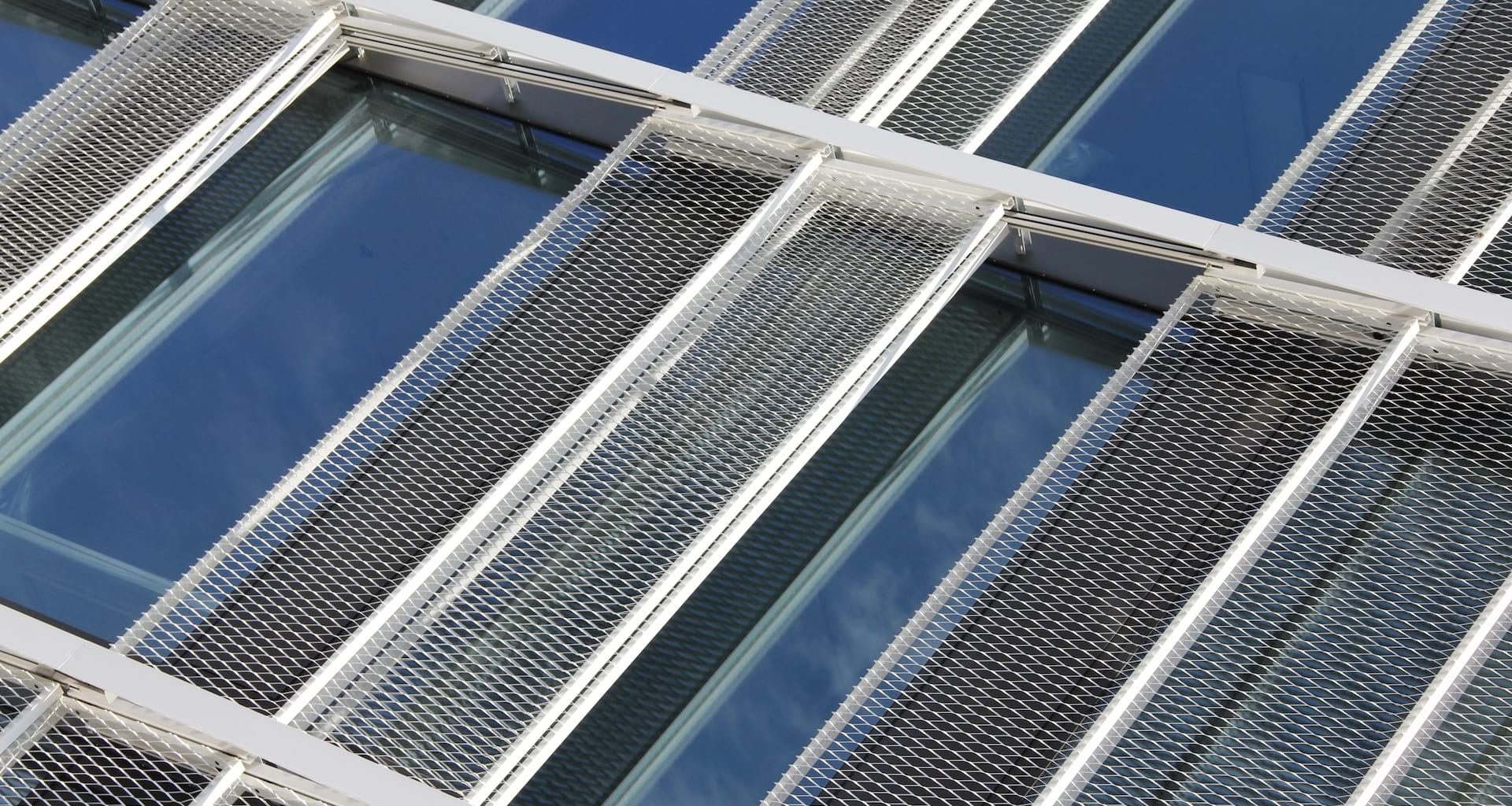 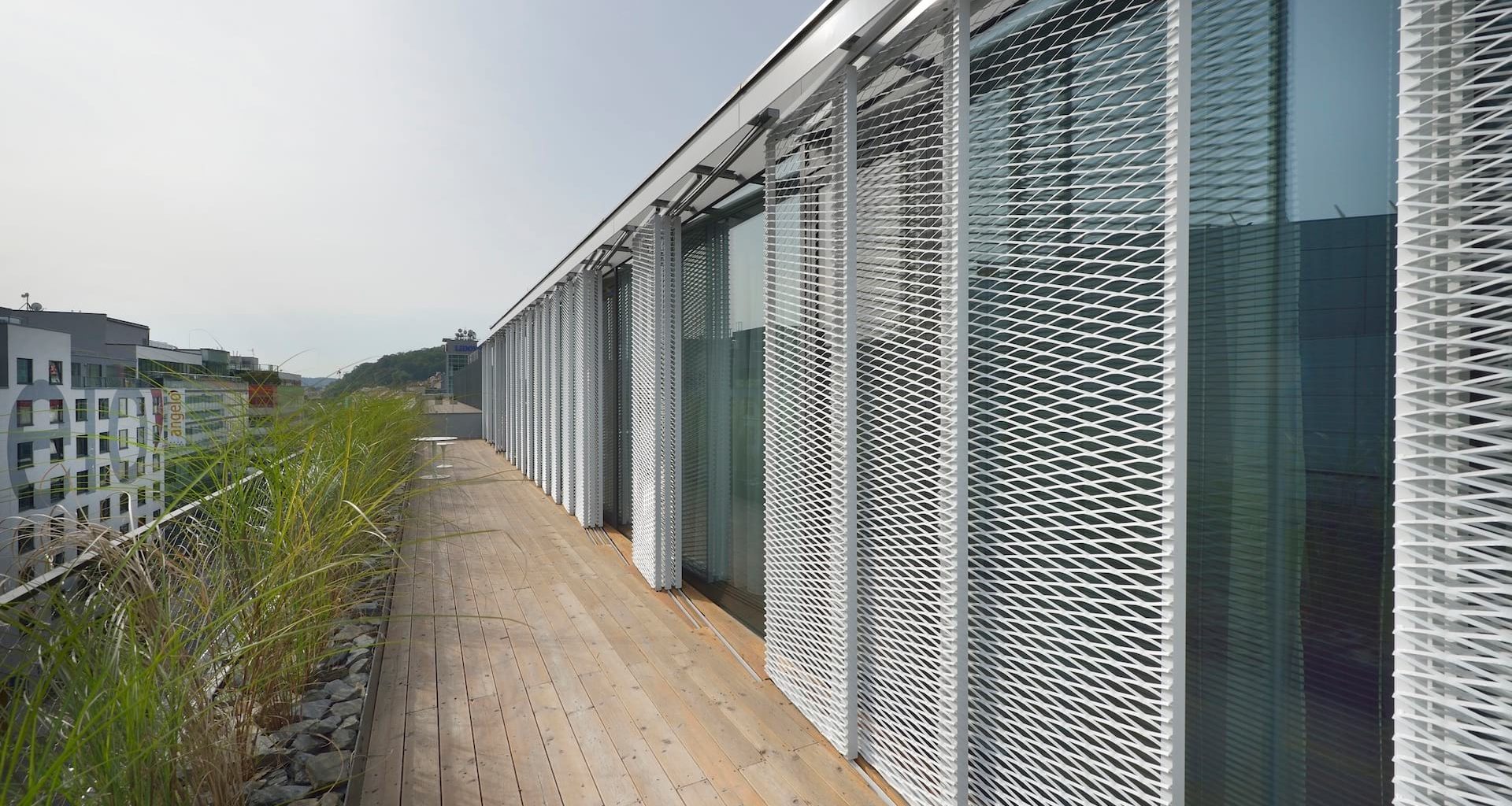 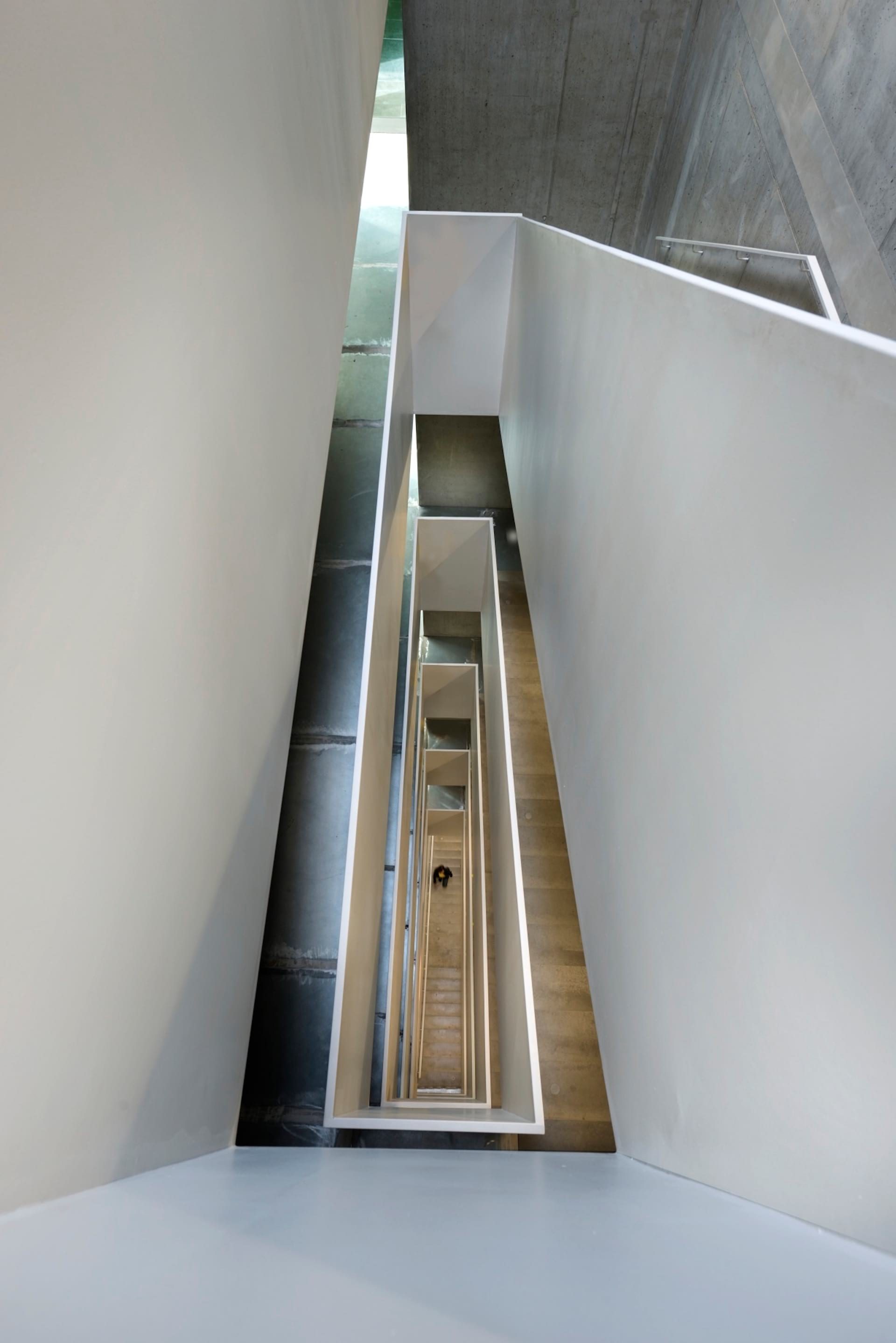 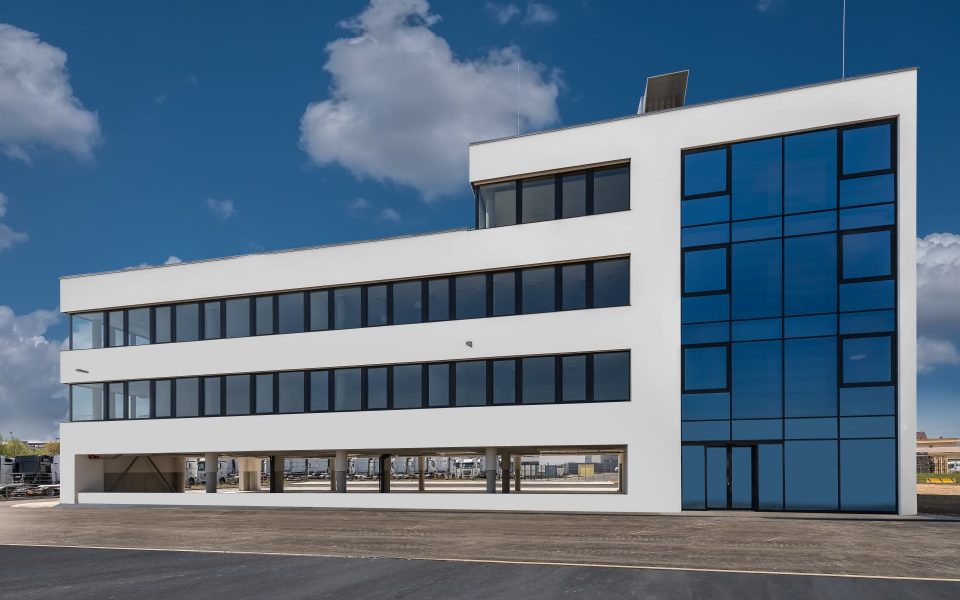 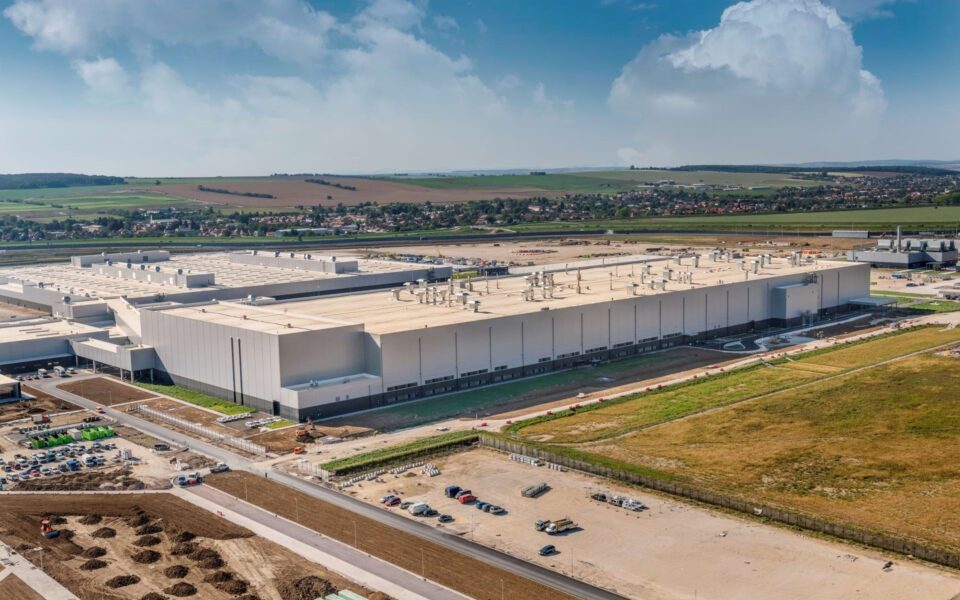 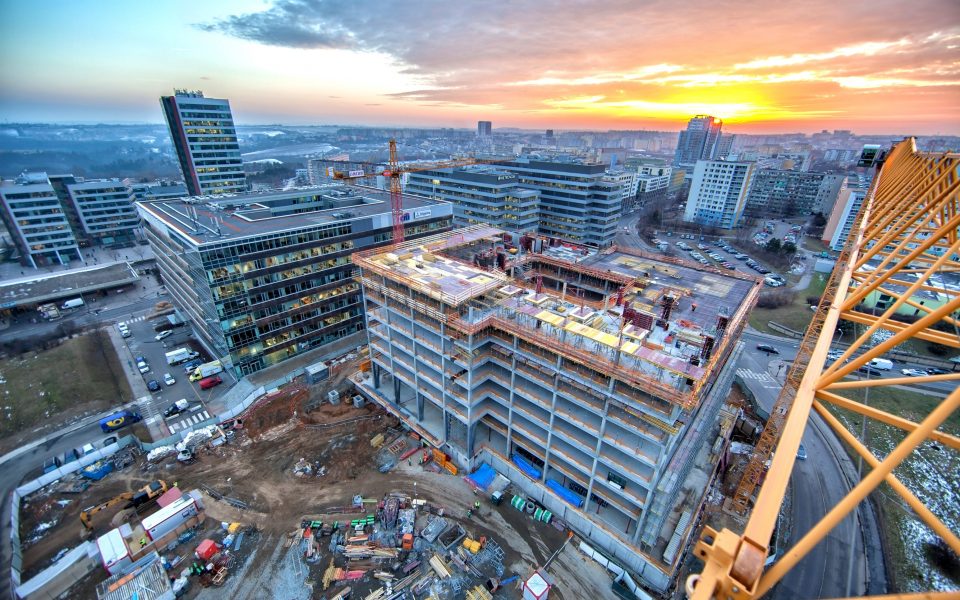 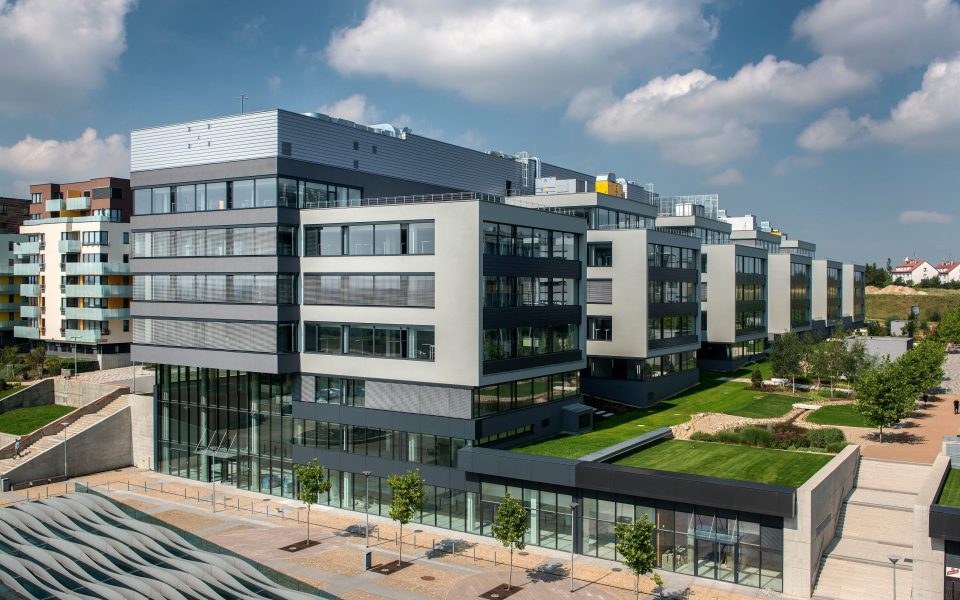 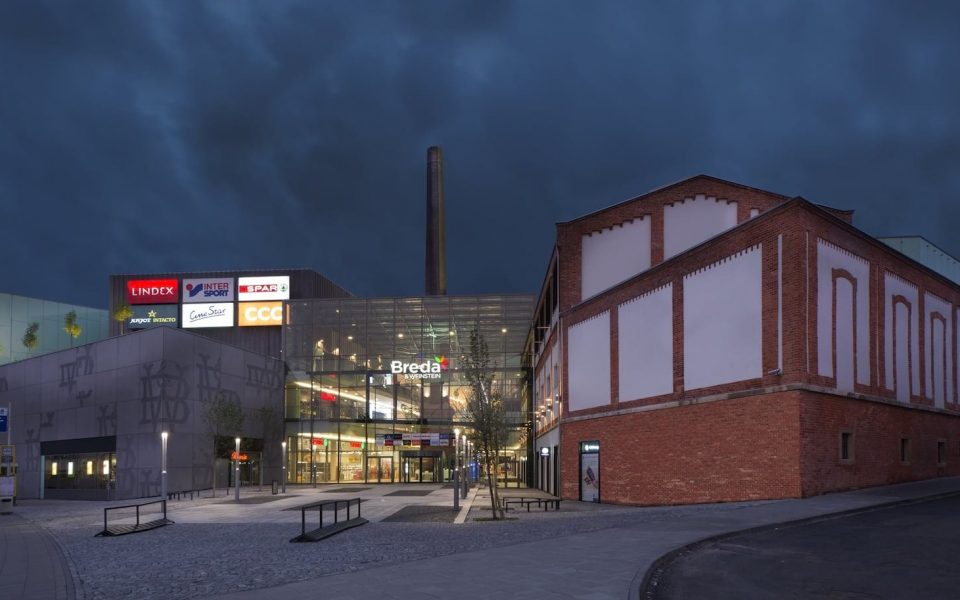 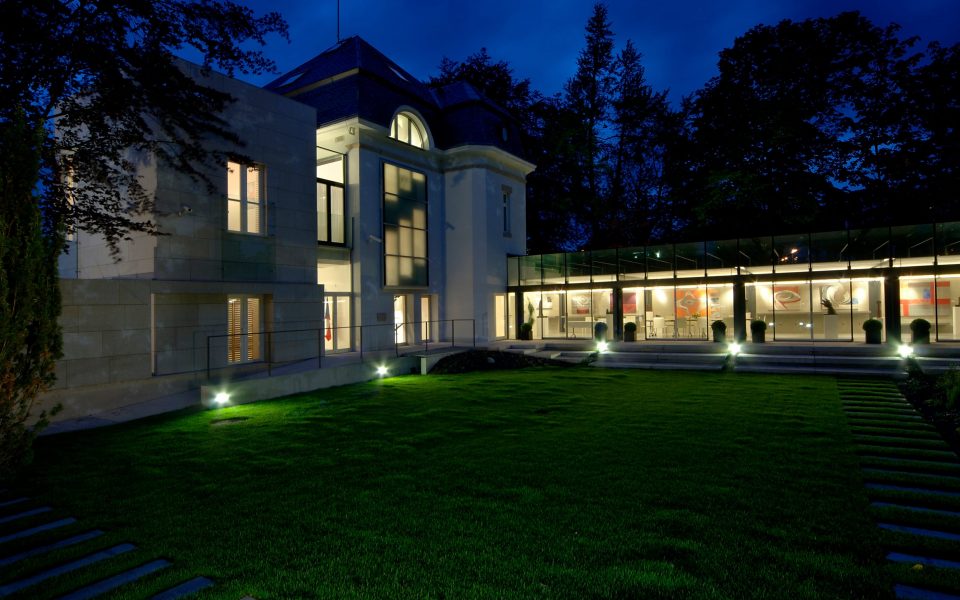 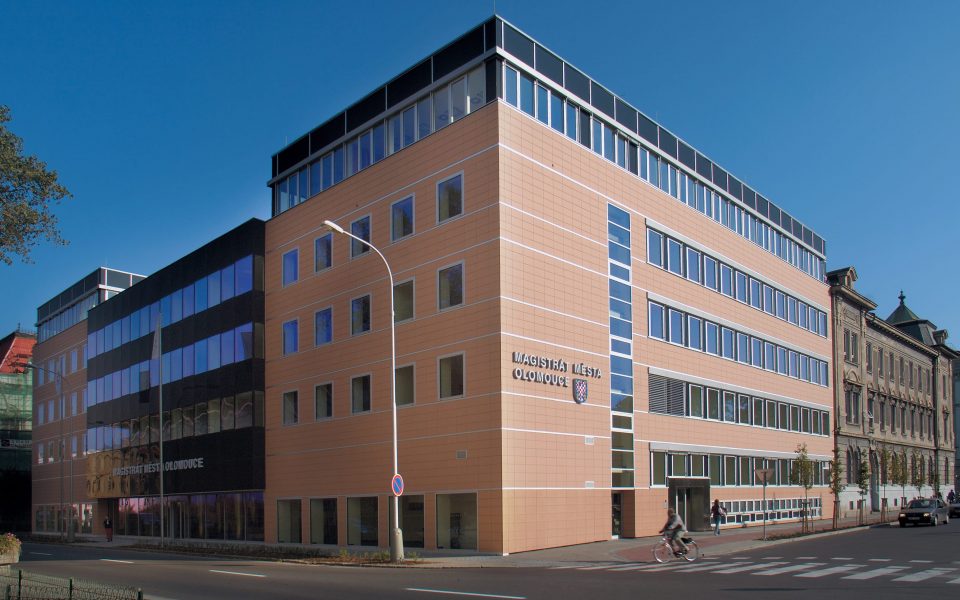 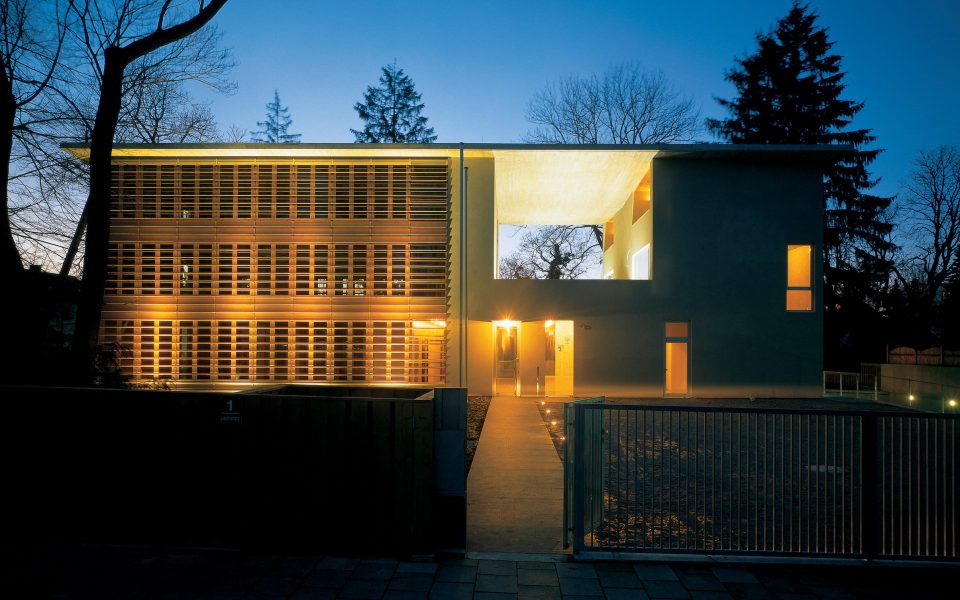