Skip to content
7. 9. 2022
Prague, Sept. 7, 2022 – Today the Prague Public Transit Company (DPP) commenced construction on its tram depot in Hloubětín. The main part of the construction will be the hangar for parking and repairing trams; however, an overwhelming majority of the premises will undergo modernization. This means that after 73 years, Prague will acquire a completely new depot with a greater capacity and state-of-the-art equipment. The companies VCES and Chládek a Tintěra will do the construction within their partnership Společnost VCES-CHT pro Vozovnu Hloubětín. The construction will last practically two years and two months, and DPP expects it to become operational during the second half of October 2024. 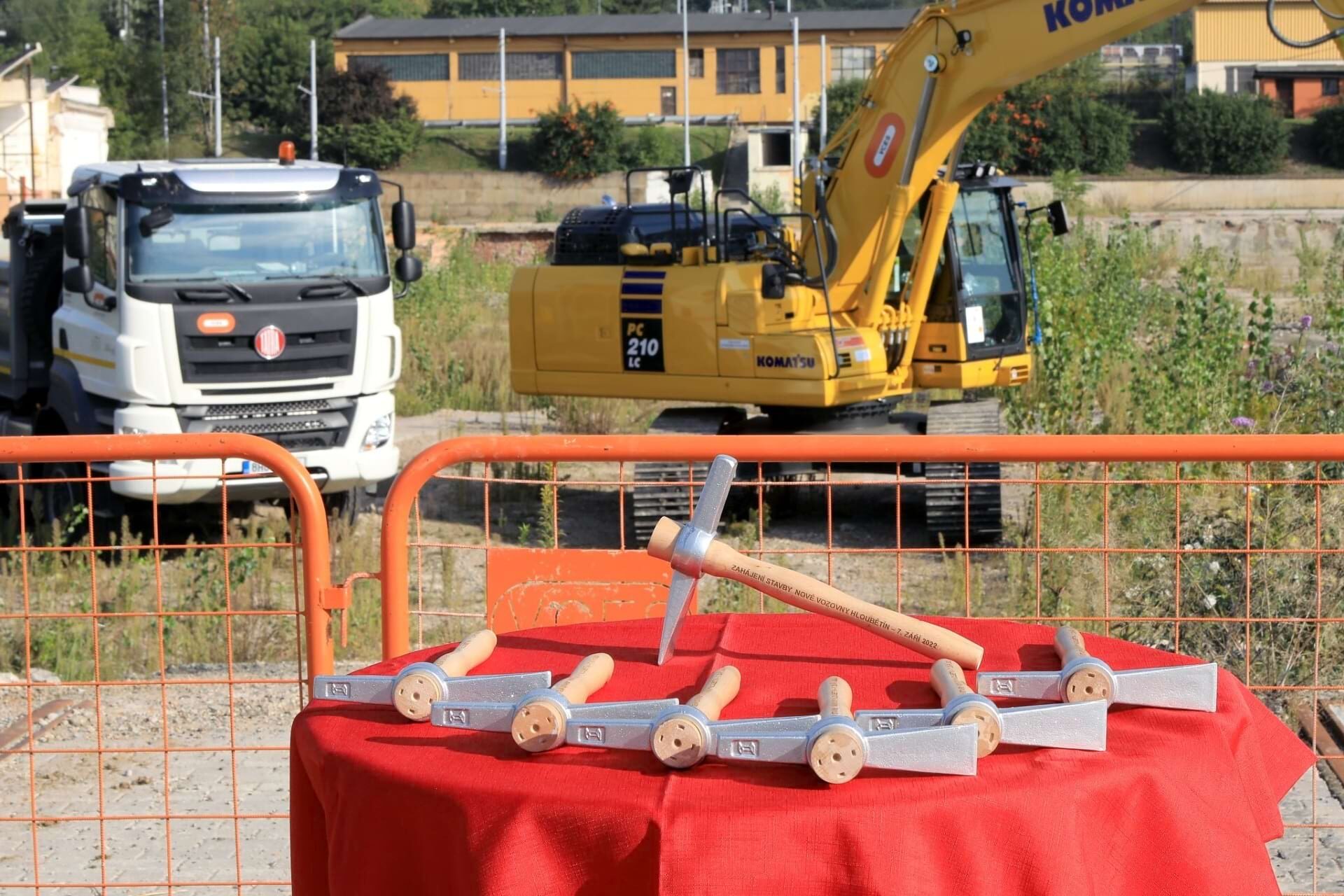 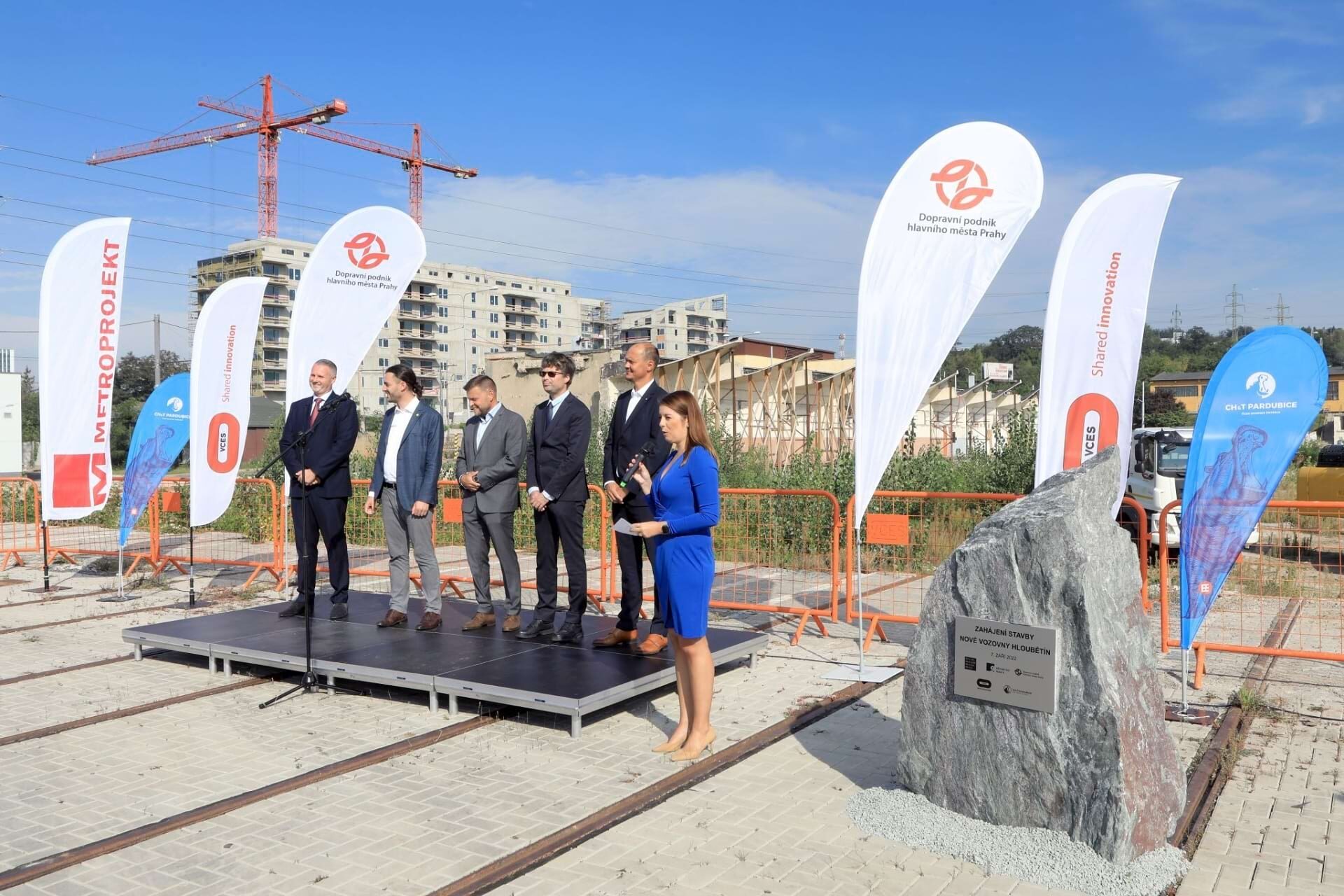 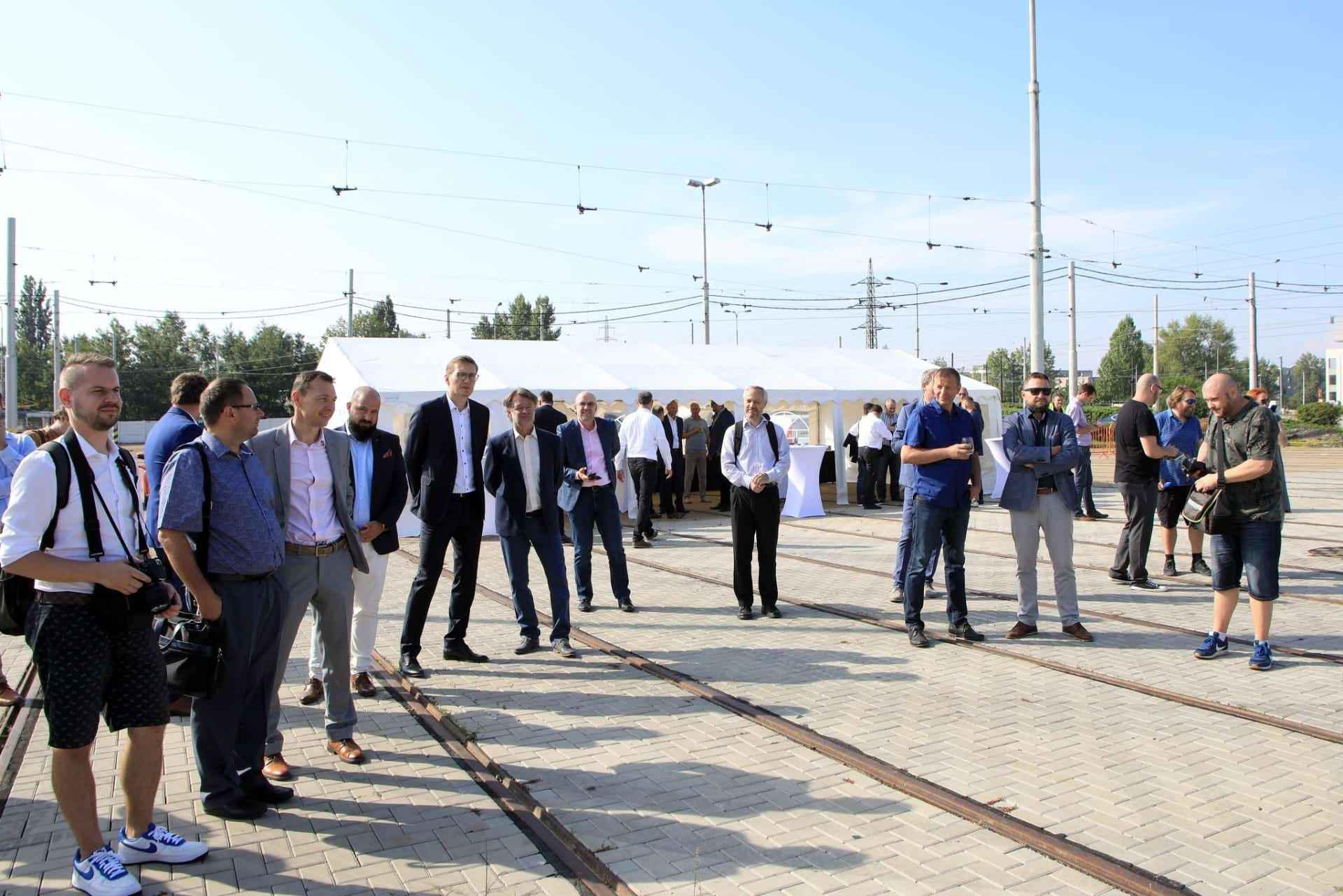 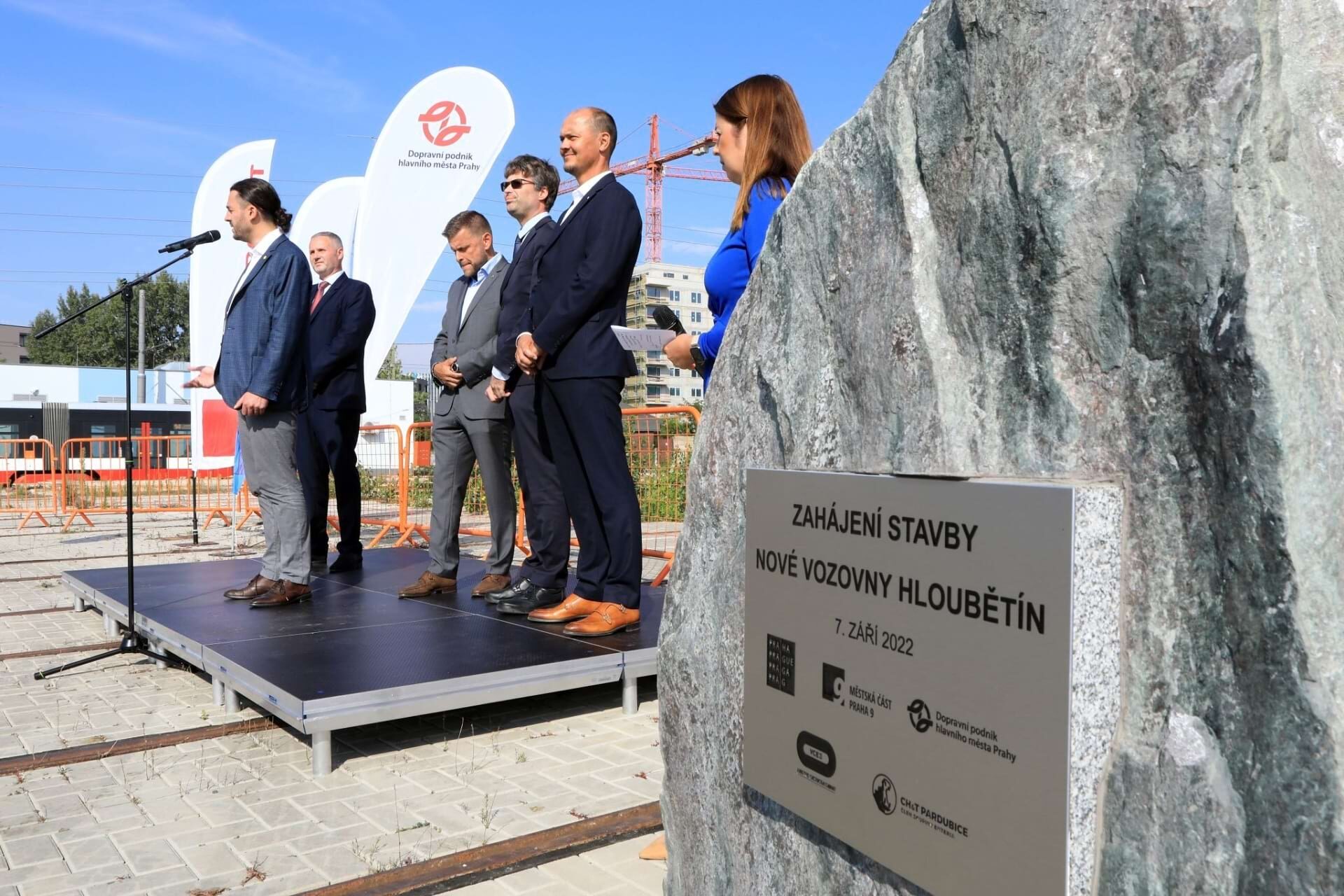 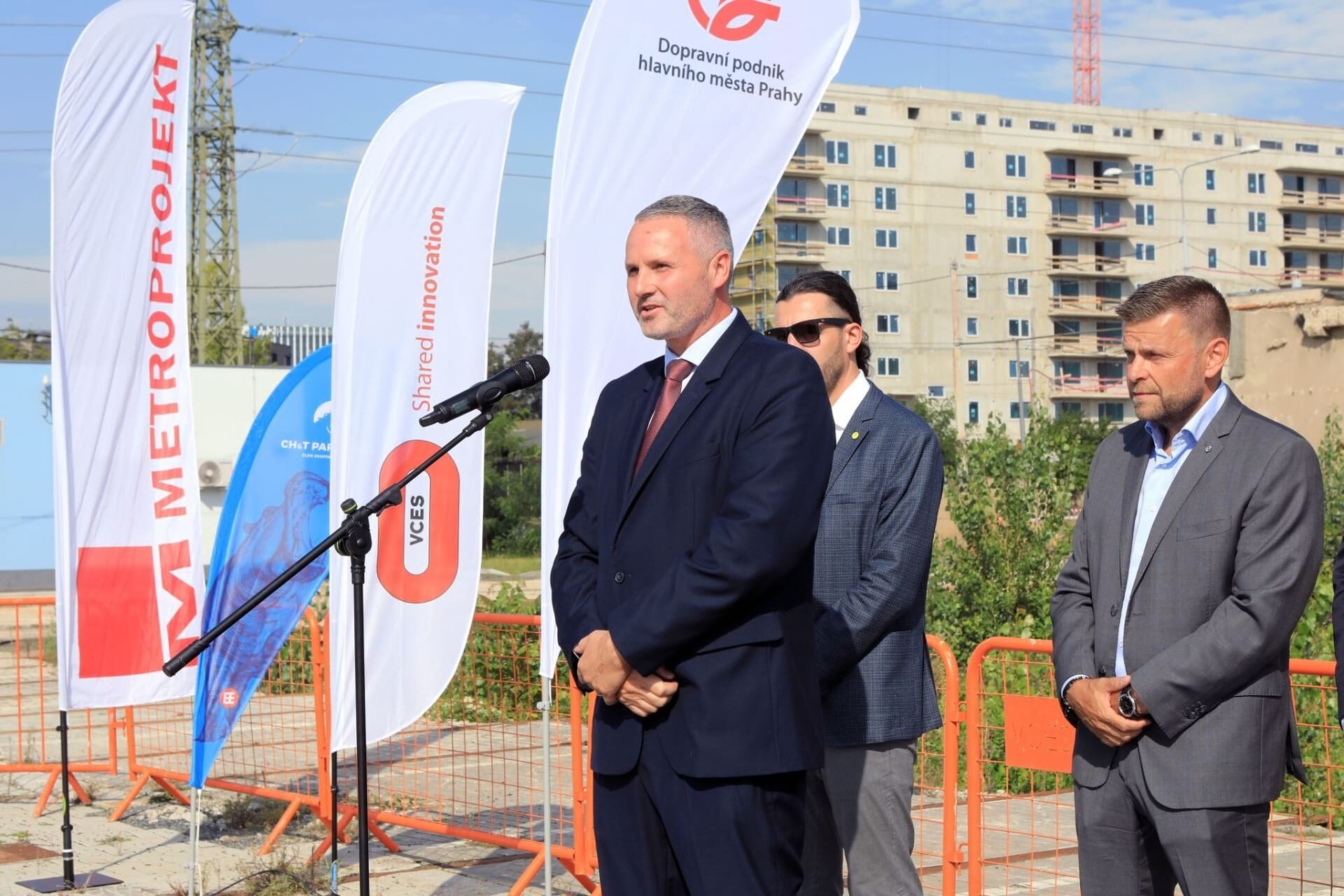 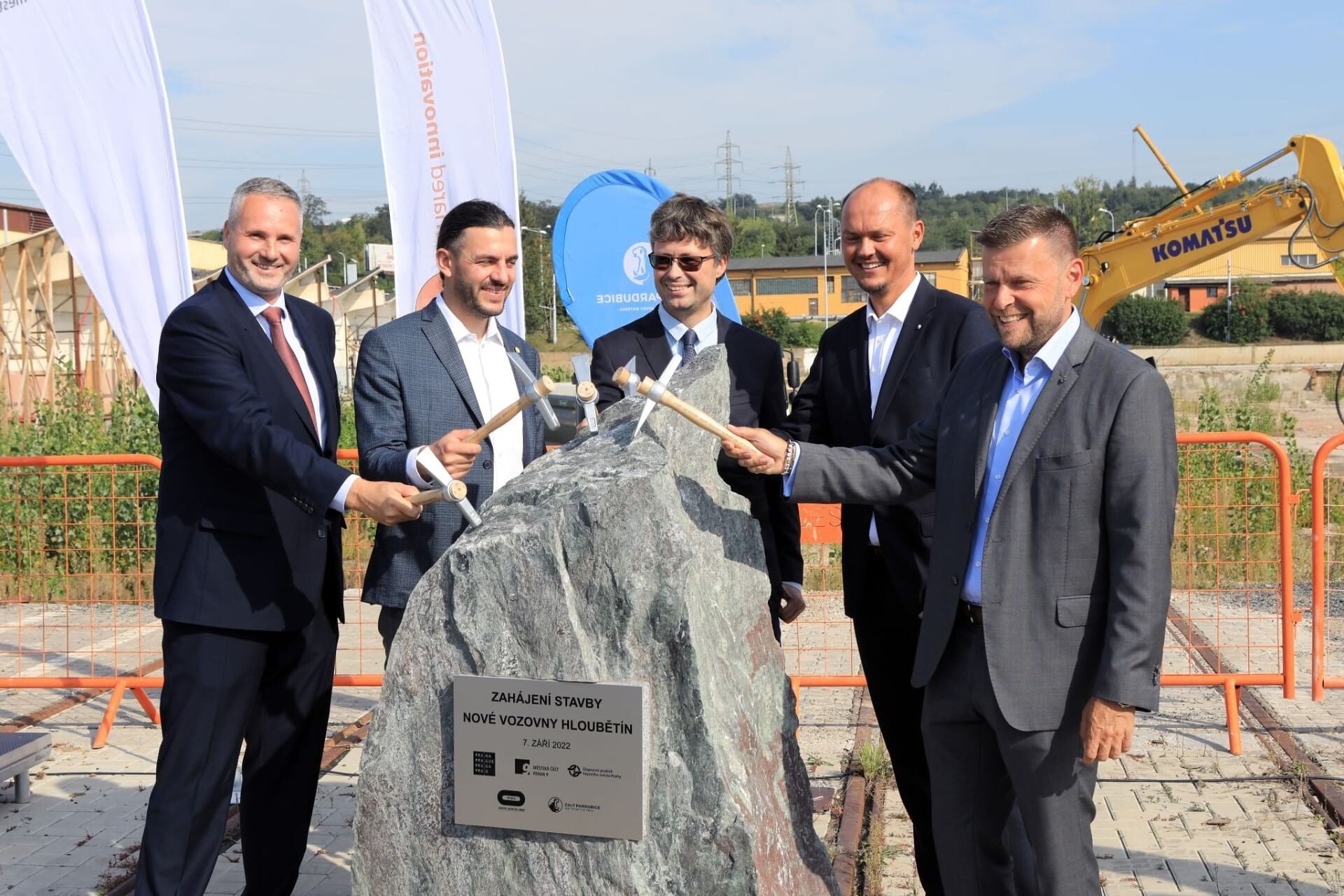 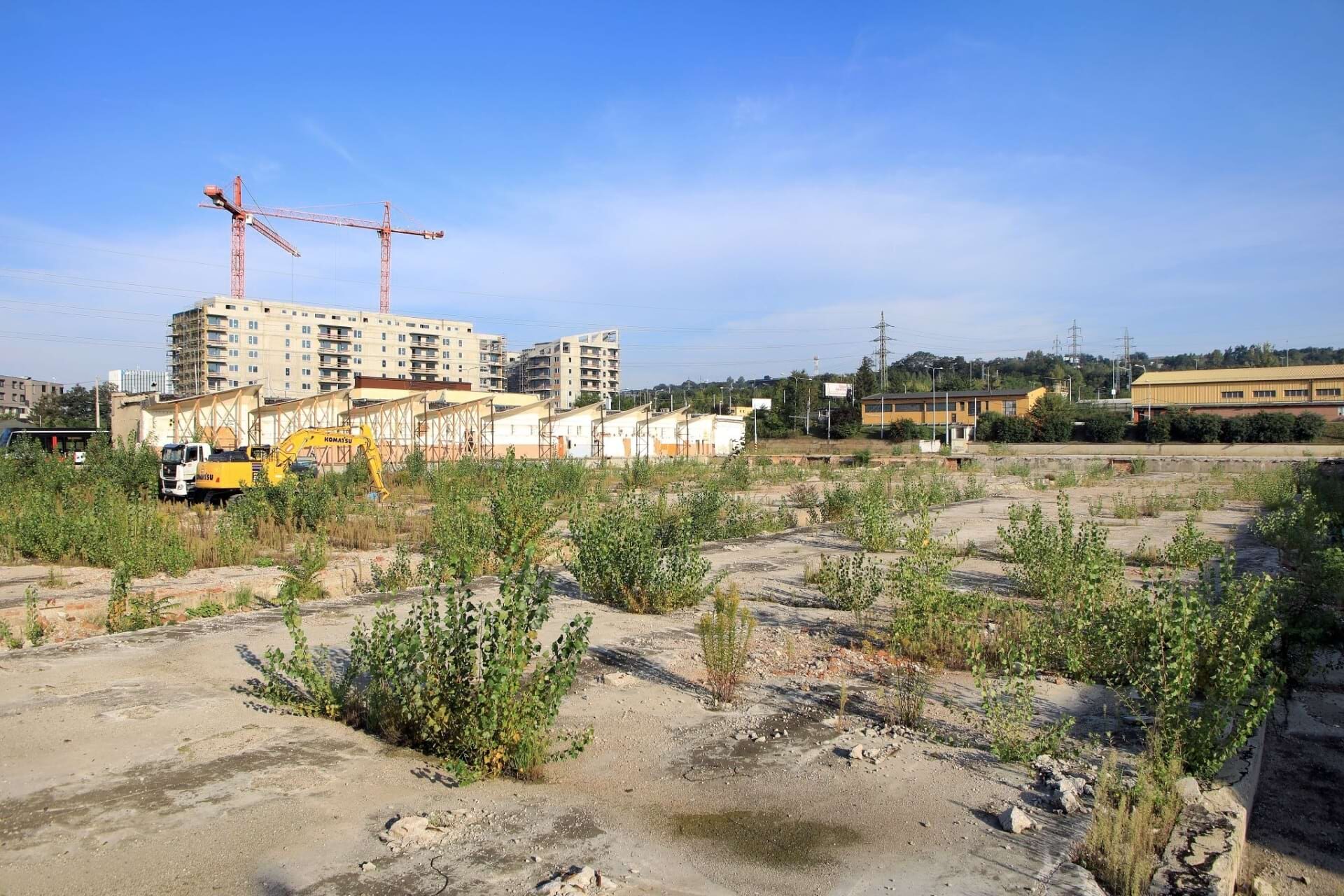 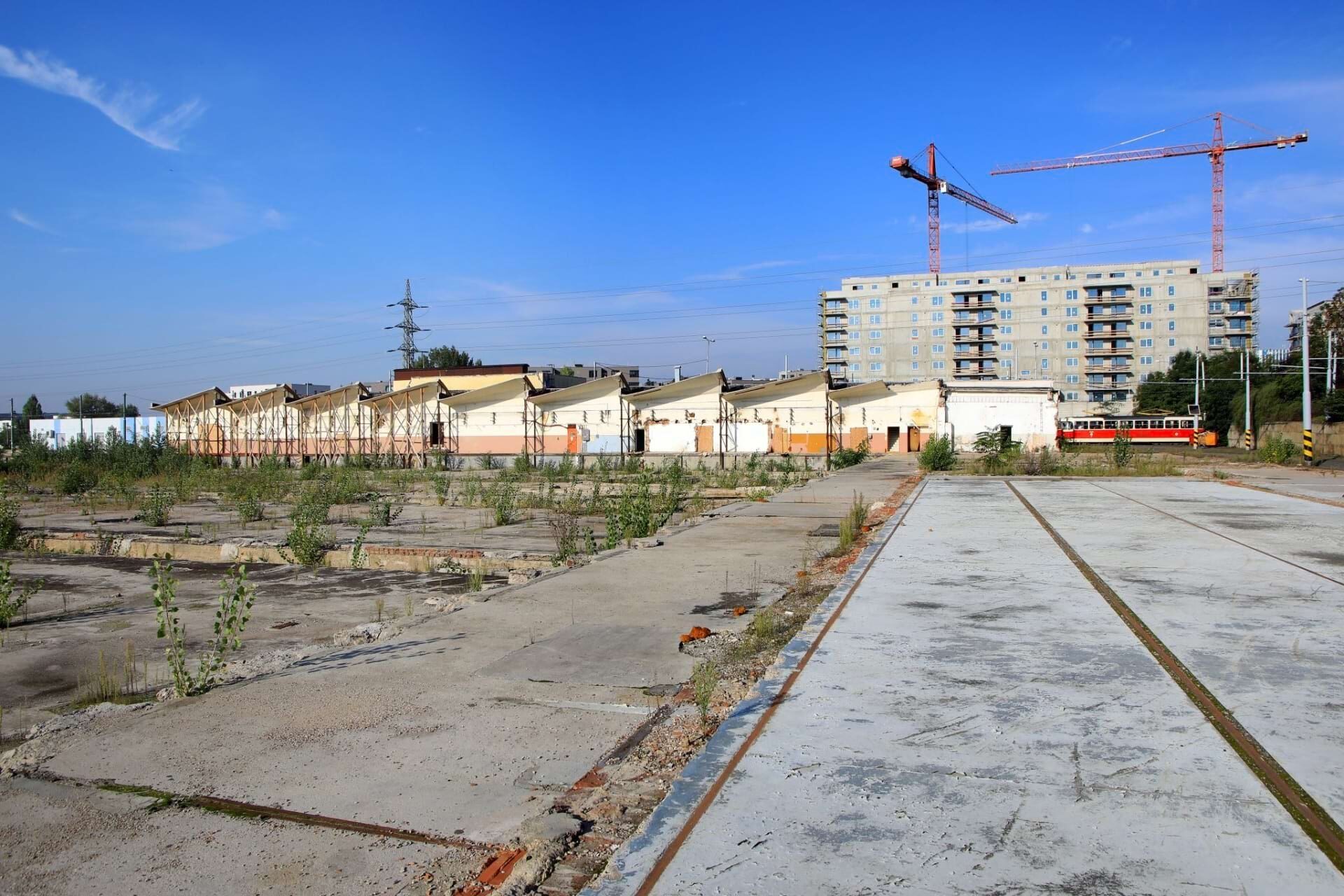 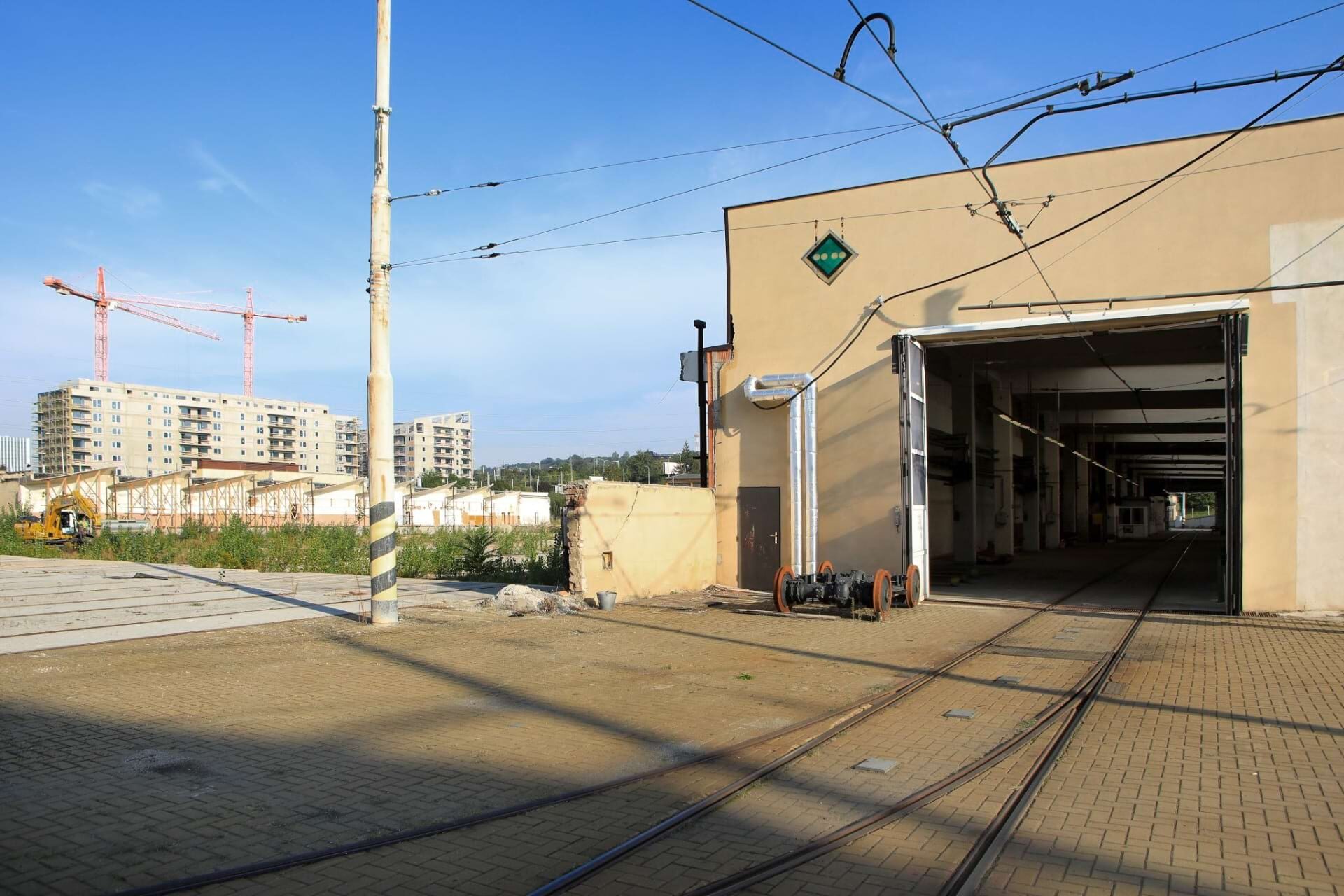 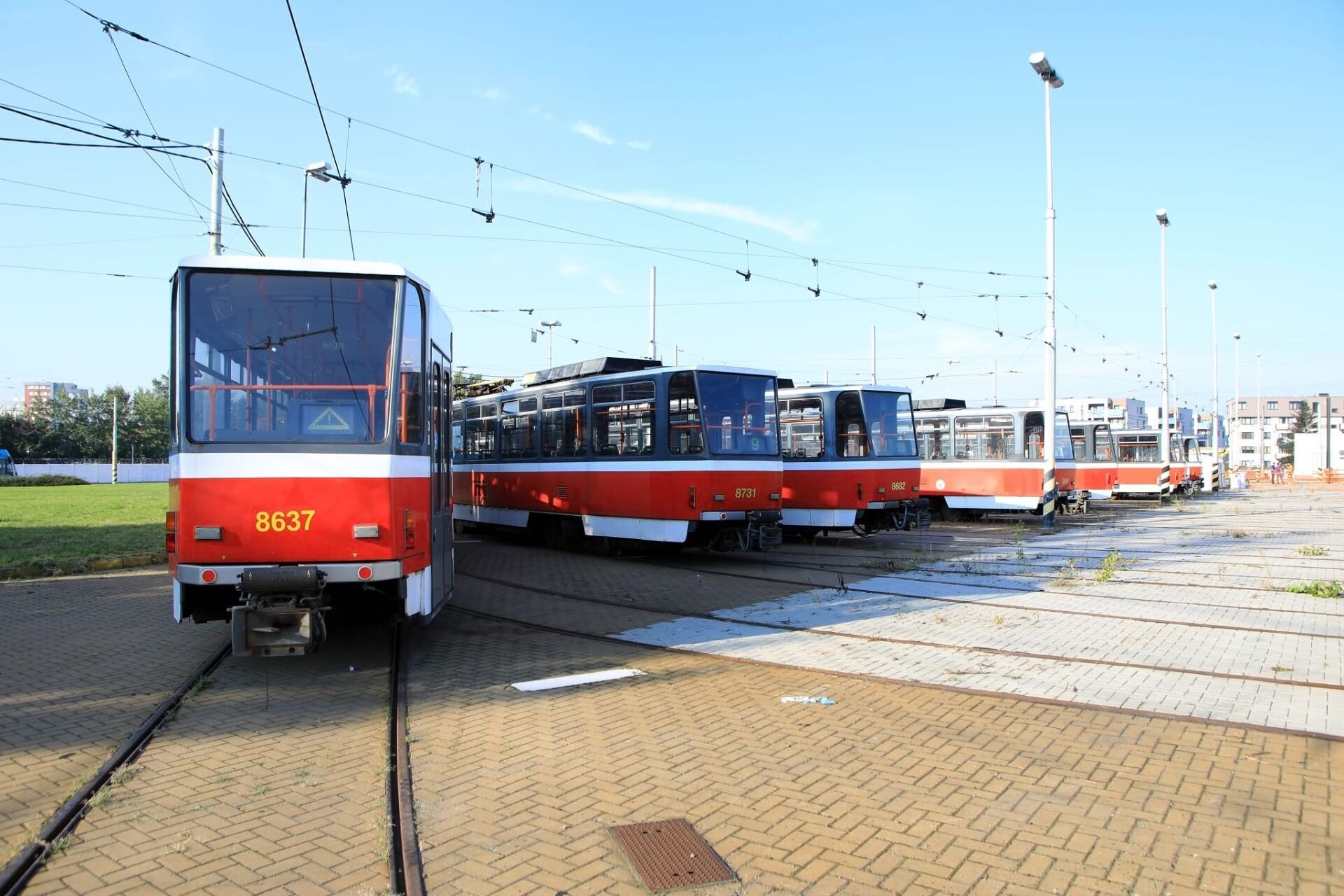 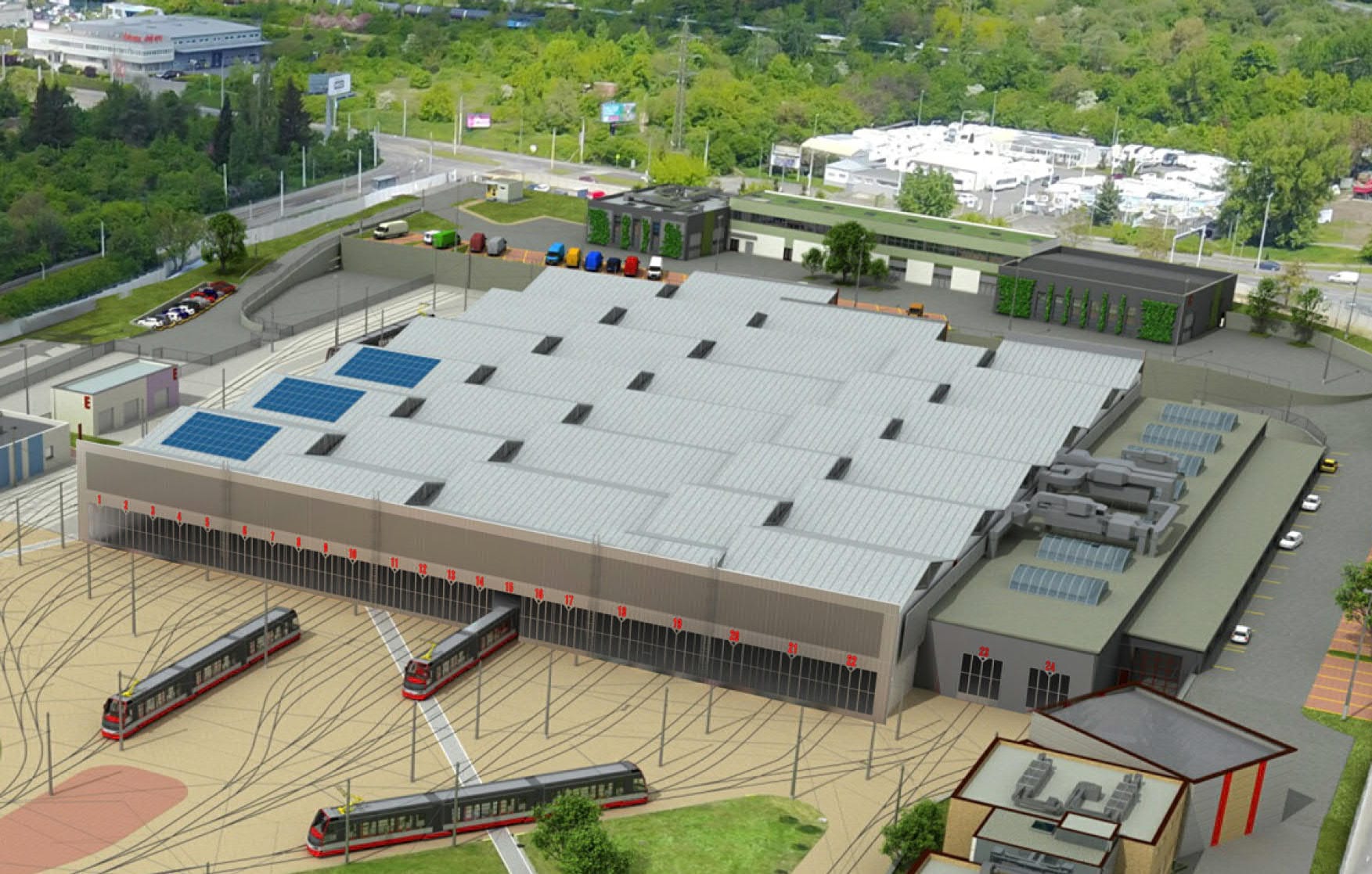 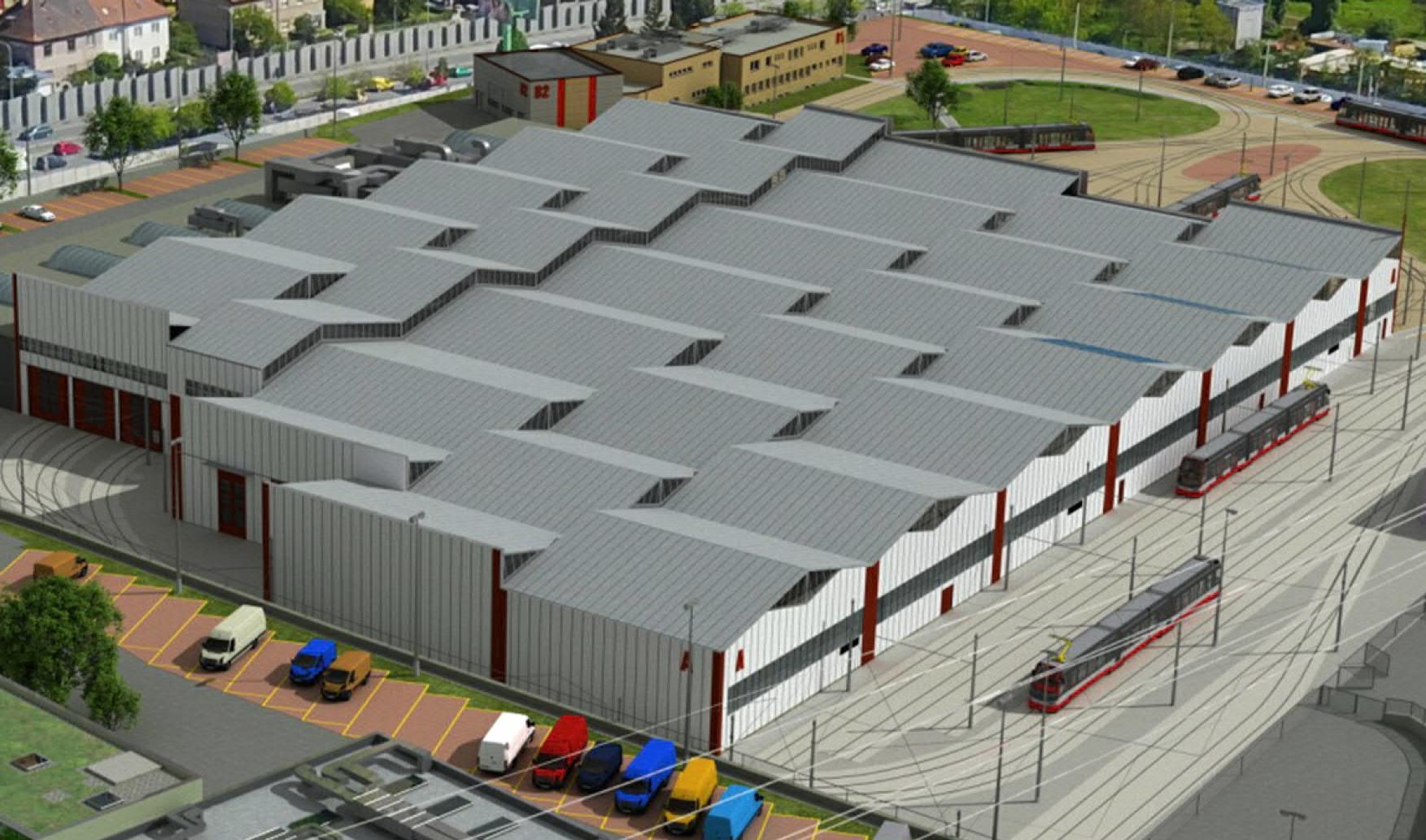 “The municipal district of Prague 9 has been developing dynamically in terms of the residential and administrative construction at the site of the former industrial factory along the streets of Kolbenova and Poděbradská. Here, the importance of tram transportation and the number of passengers is increasing. Therefore, construction of the new depot right here not only ensures that DPP has its necessary base, but it will also simultaneously benefit the district by guaranteeing permanently reliable tram transportation in an intensively developing part of the city,” said Adam Scheinherr,  Deputy Mayor of Prague for Transportation and Chairman of the DPP Supervisory Board.

“We began construction on the new depot at Hloubětín – its first phase – at the beginning of November 2020, when we began to build the energy center, which became operational in October of last year. Today we’re beginning construction on the main section of the depot; nevertheless, approximately the next three months will be taken up with demolition. In order for us to begin construction at all, we need to knock down the old energy center, the outer walls of the original hangar, dig out their floors, and clean up the debris,” said Petr Witowski, Chairman of the Board and General Director of DPP. He added, “Hloubětín’s new depot will be equipped with modern technology that has significantly lower electricity consumption and is more sparing of the environment. We’ve arranged for photovoltaic panels to be installed on parts of the hangar’s roof, which will supply the entire facility with energy, including air-conditioning for the hangar itself. In Hloubětín, we’ll retain rainwater and use it for washing trams; for heating the facility, we’ll use heat pumps and radiant heat panels instead of traditional radiators; and the lighting for the hangar and other buildings will be exclusively based on LED technology. Not least, we will improve working conditions for many of our employees.”

“Hloubětín’s new depot is the most extensive construction project Prague’s tram network has seen within the last 30 years or more. The groundwork for it was complicated, but thanks to the professional approach of our colleagues at DPP, it was possible to begin construction so as to have it finished before the 2024/2025 winter season. Primarily, this is important in terms of conducting scheduled maintenance and non-scheduled repairs for the trams; when there is no depot, this must be done logistically in a significantly more complicated way,” said Jan Šurovský, Board Member and Technical Director of DPP – Povrch.

“Executing the project for constructing a new depot in Hloubětín means our company has met one of its strategic goals – to break into the transportation construction segment. We believe that with the experience of our parent company, Bouygues, and in cooperation with our partner in this venture, the company Chládek a Tintěra, Pardubice, we can fully meet the investor’s expectations. Yesterday we took control of the construction site, and in the next few days, we’ll start the first phase of construction, which is to demolish most of the remaining operational buildings. In November, work will begin on the “heart” of the depot – the hangar for tram parking and maintenance. At the same time, construction will commence on the civil engineering infrastructure on the depot grounds, which have an area of 6 hectares. The plan is to begin installing tracks in July of 2023, which will be done by Chládek a Tintěra, Pardubice. A total of 2666 meters of rails will be laid. During the entire construction period, which will take 773 days, we must maintain constant operation of the trams, which will drive up to the lathe building for regular maintenance,” concluded Zdeněk Pokorný, Chairman of the Board and General Director of VCES a.s. speaking for Společnost VCES-CHT pro Vozovnu Hloubětín.

The main construction element at Hloubětín’s new depot will be the new hangar, which will have two parts: a storage section with a maximum capacity of 60 sectional trams up to 32 meters long (corresponding to the model 15T) and a repairs section that will have six stations with a capacity of up to 12 vehicles. DPP will equip it with the newest maintenance technology for low-floor trams. Structurally, the hangar will be divided into a section to be used only for parked vehicles and a section for conducting maintenance, thereby significantly reducing how much space needs to be constantly heated and lit.

In addition to the new hangar on the Hloubětín depot premises, DPP will be constructing other buildings for their business operations, specifically for the department Vrchní stavba DPP, which takes care of maintenance, repairs, and reconstructing tram rails, as well as for Vnitropodnikova doprava (the Intradepartmental Transportation Department), which will have a repairs base here for freight and special DPP automobiles. The existing hangar for daily upkeep, which will obtain a new facade, will also undergo modernization, and DPP will replace all its internal equipment. It will acquire new tracks and catwalks as well as a new, modern wash system, which will be able to use rainwater. All the depot’s roads and pathways, surfaces for parking and storing vehicles, and green areas will also undergo reconstruction.

The estimated overall costs to build Hloubětín’s new depot total nearly CZK 1.9 billion; this includes work that has already been done, such as the project’s groundwork, the demolition of the old parking depot, debris removal, and the first phase construction, i.e., the new energy center. The estimated construction costs for the current, main stage of the project – phases 2 to 4 – amount to CZK 1.354 billion.

VCES has handed over to the Hlinsko Town Council 31 building lots including complete infrastructure. The construction of new houses in the Drachtina area may begin.

Award for Excellence for ELI Beamlines

Results of the Best of Realty Awards