Skip to content
14. 9. 2022
The water treatment plant at Hrobice, in the Pardubice District, has undergone extensive modernization. This centered not only on increasing the water treatment plant’s performance and making treatment more effective, but also on separate methods for treating water extracted from underground boreholes and surface water. 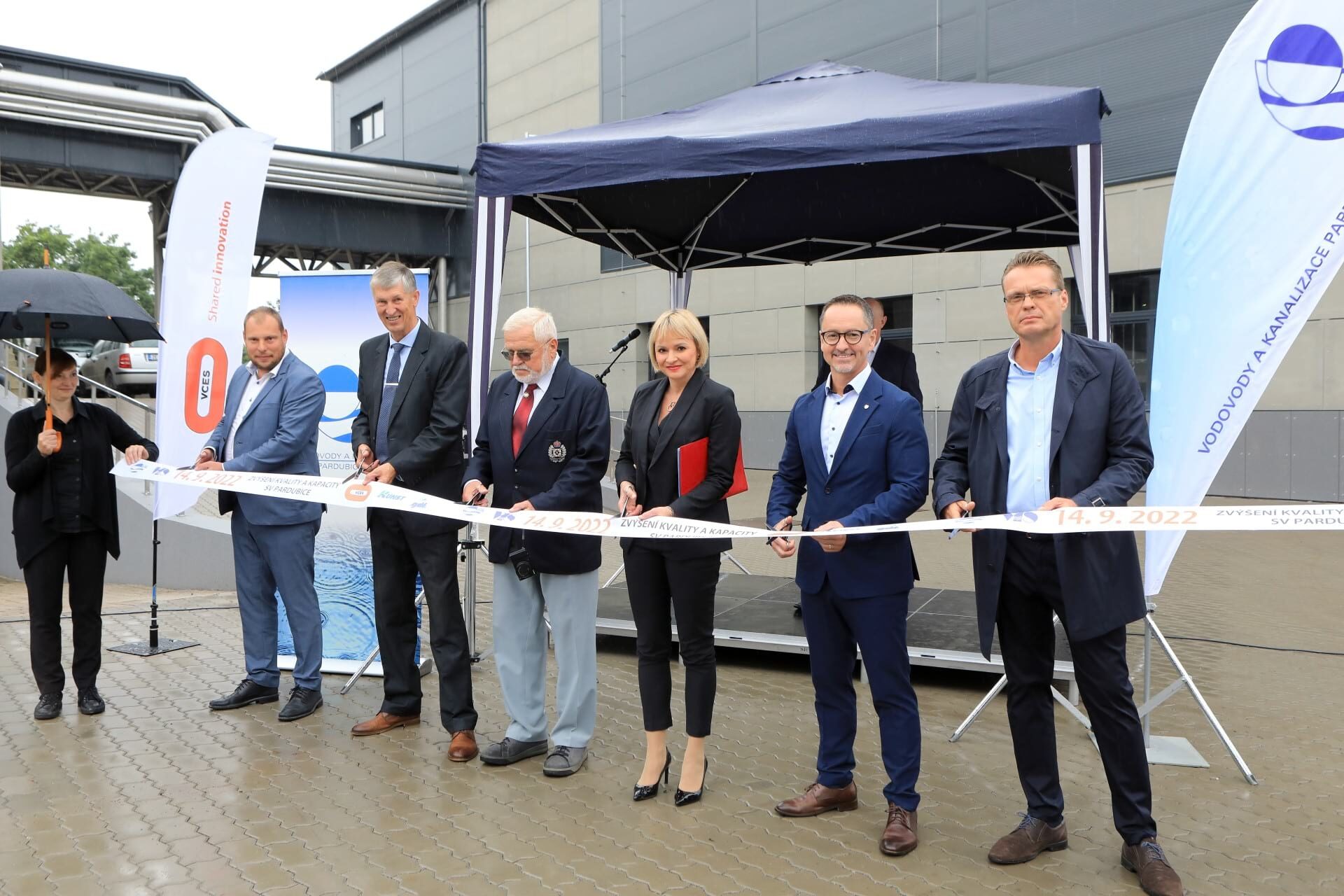 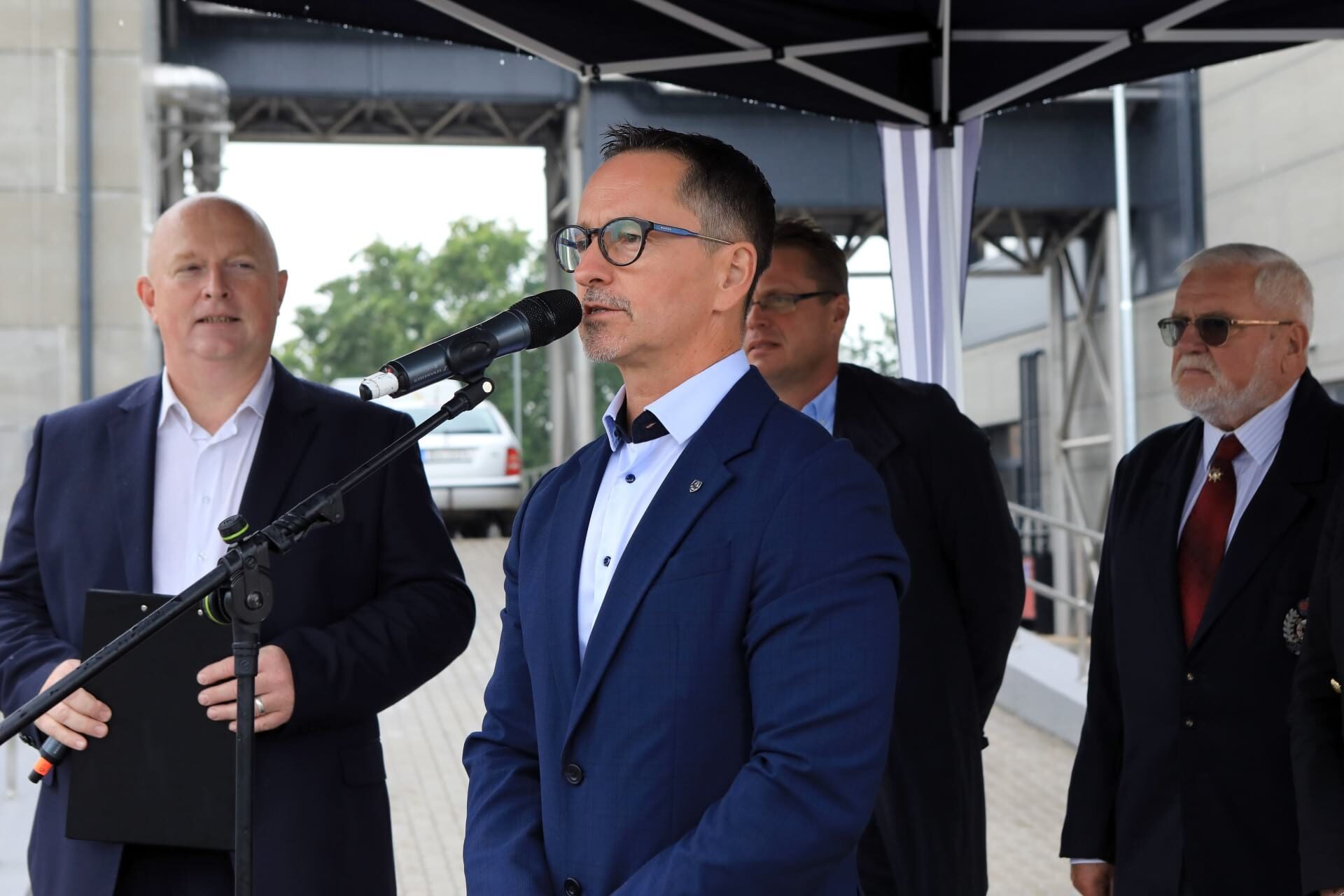 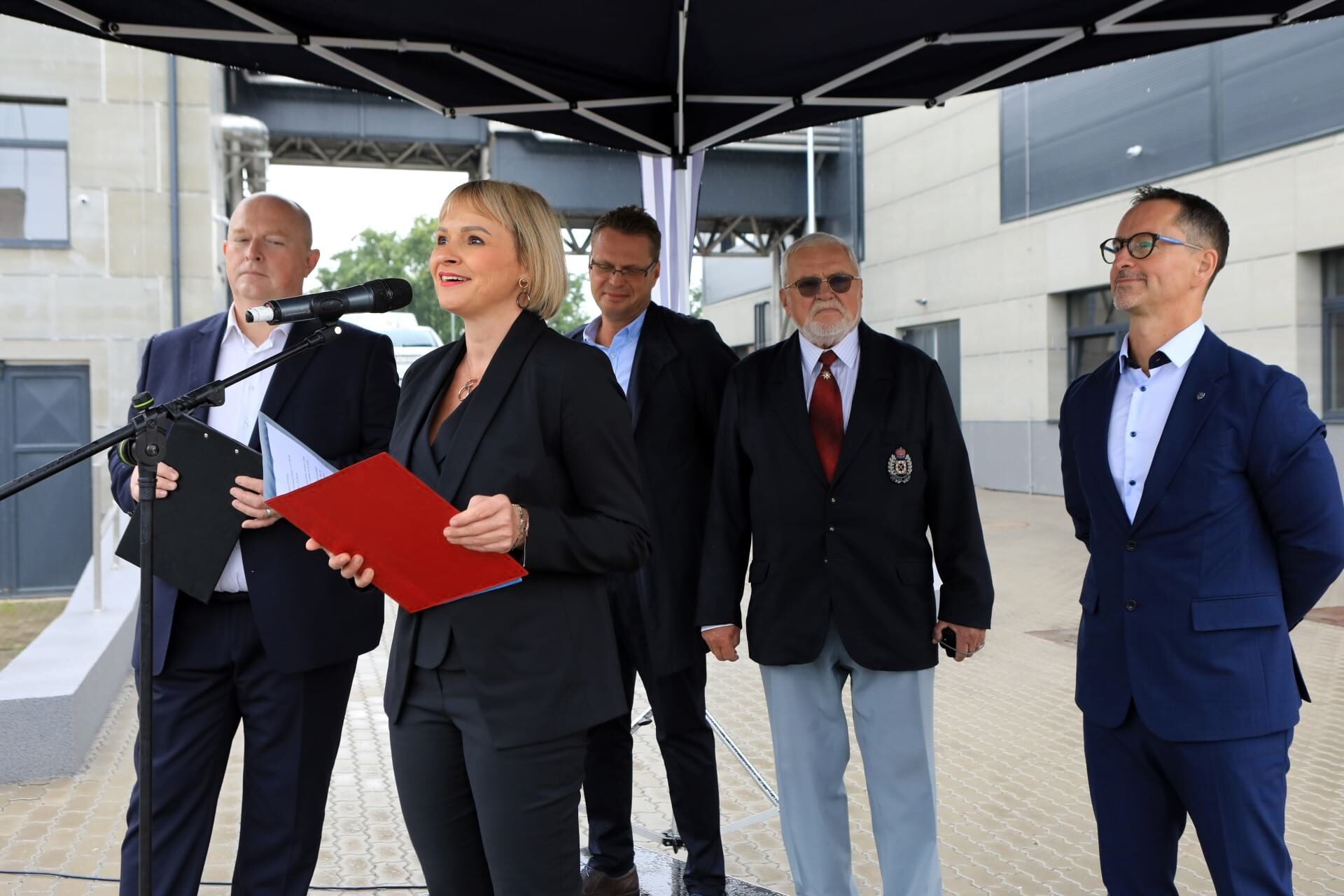 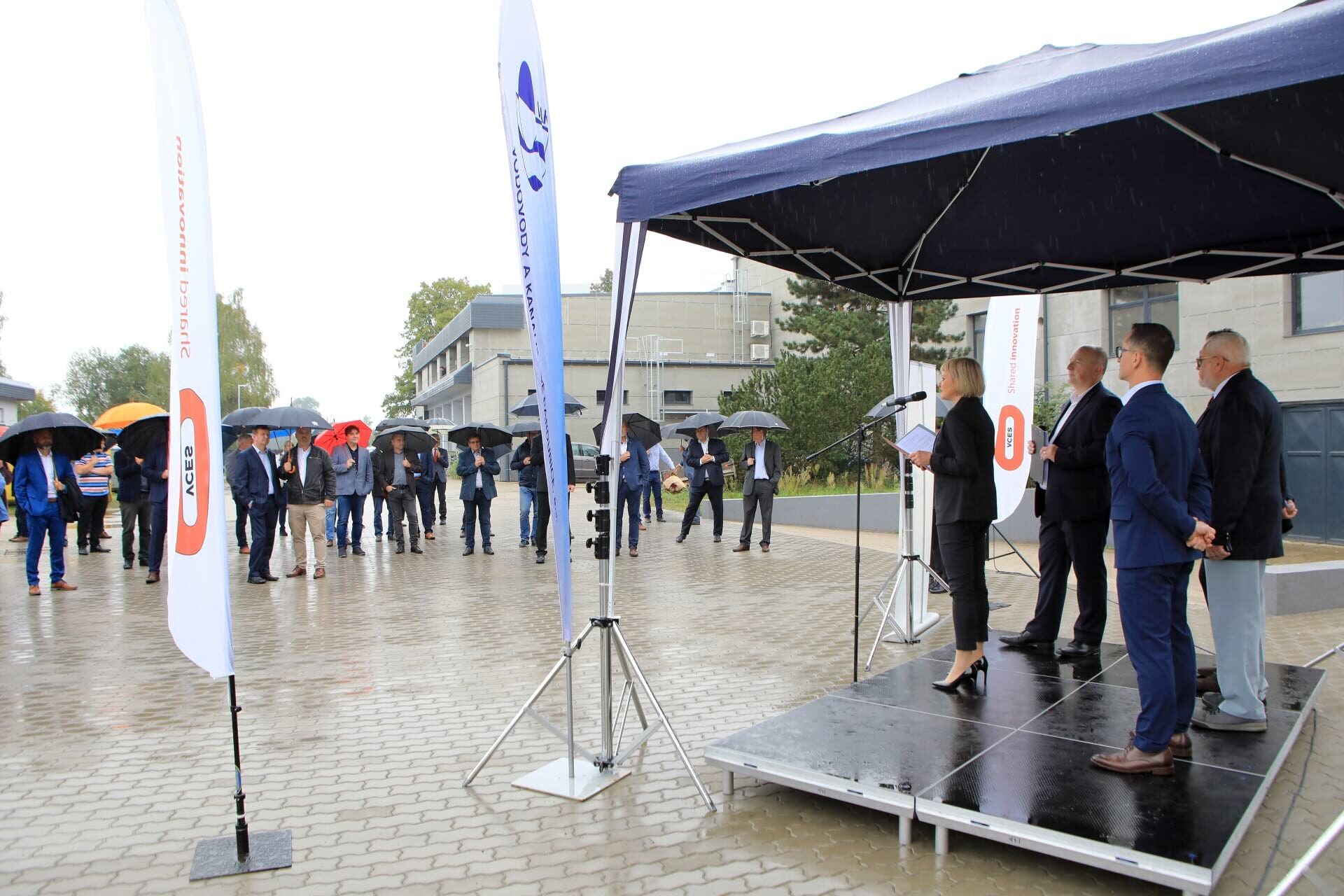 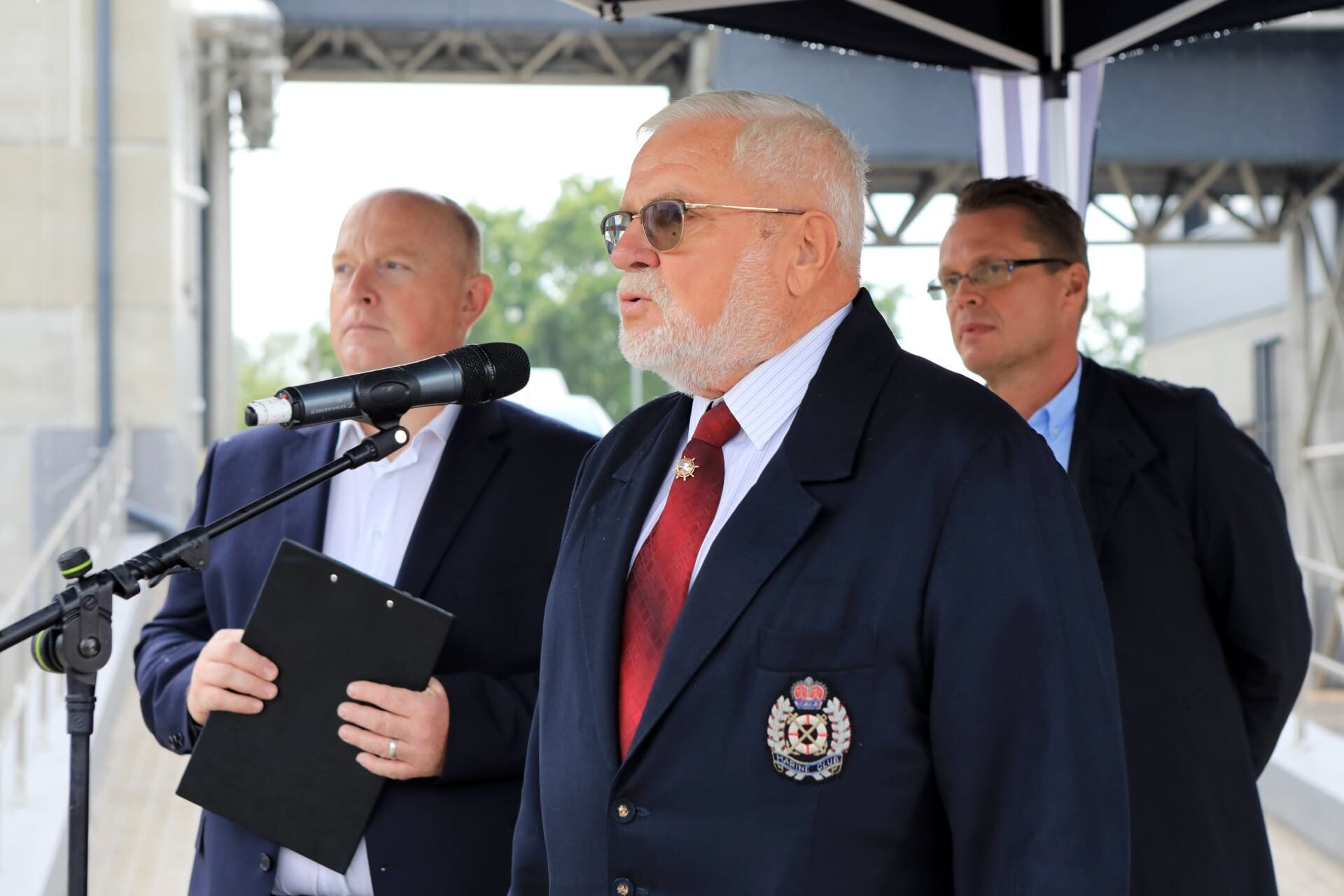 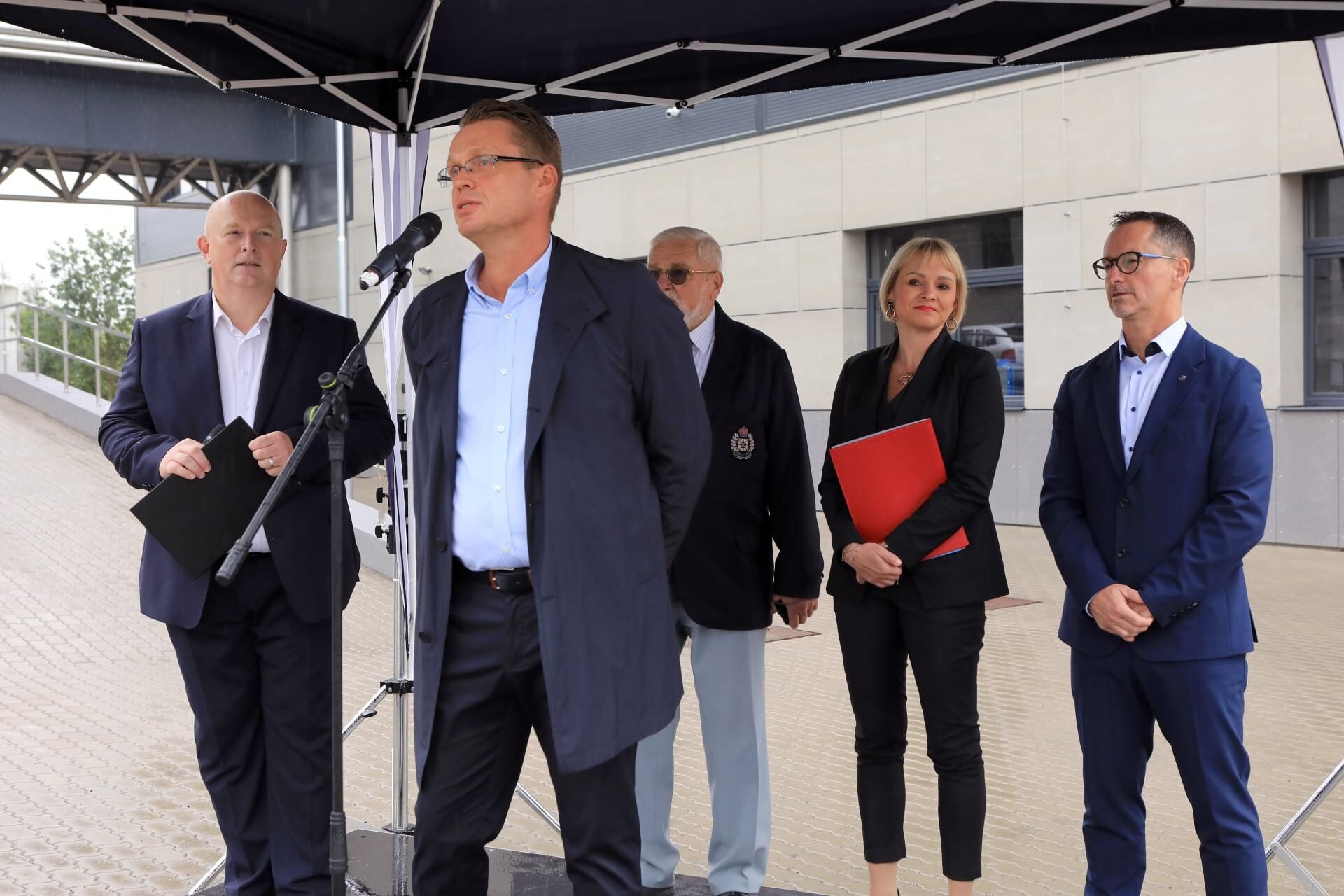 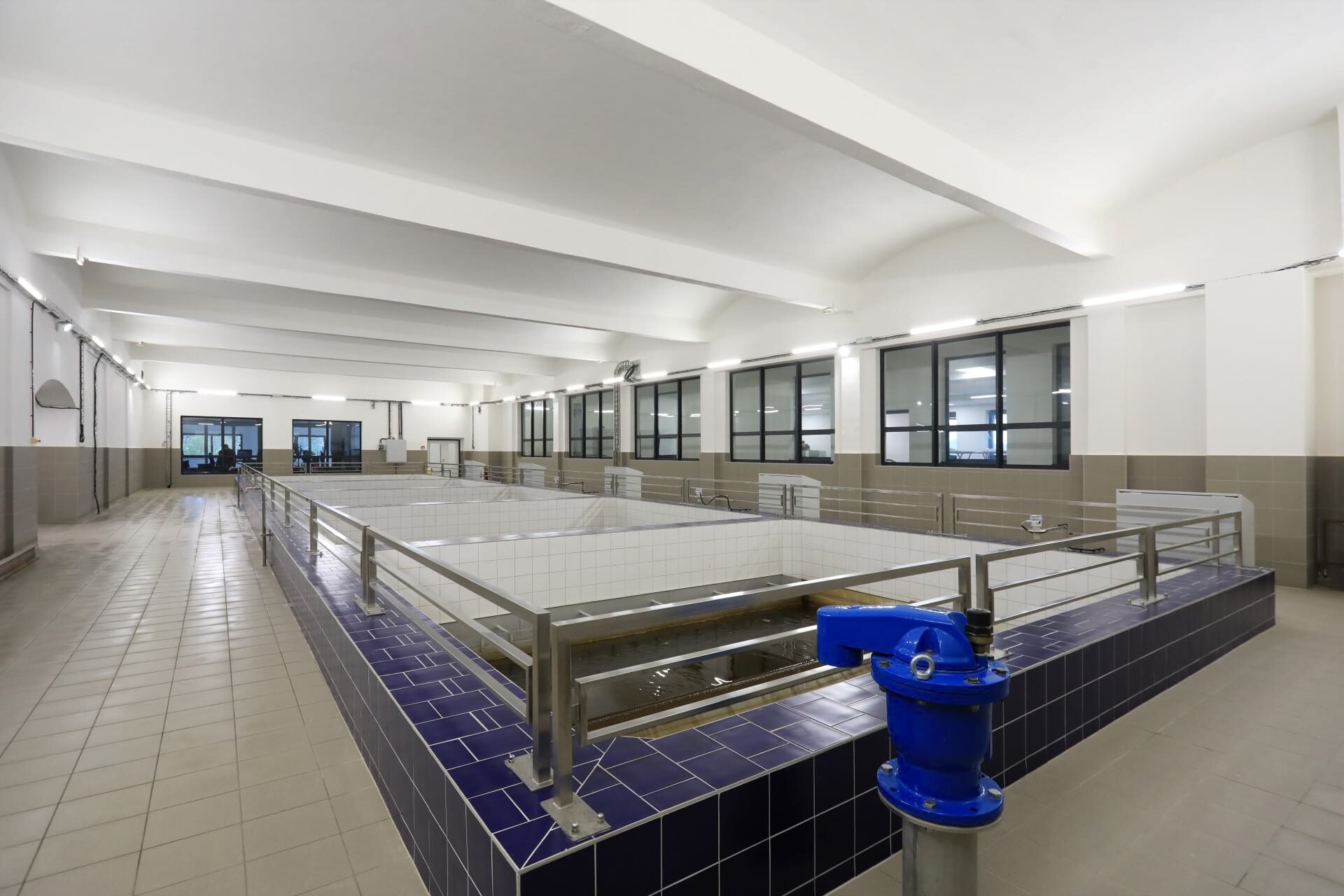 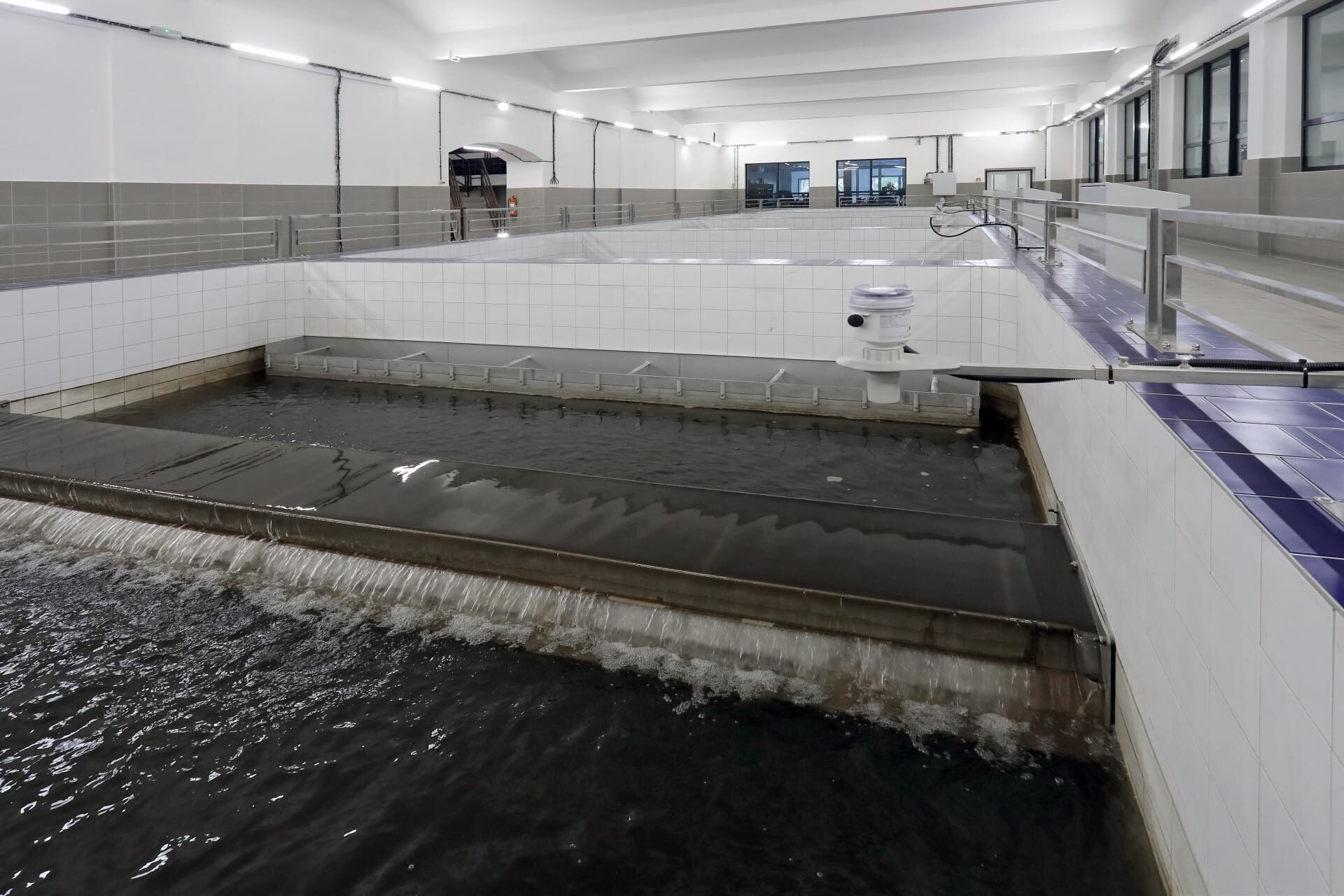 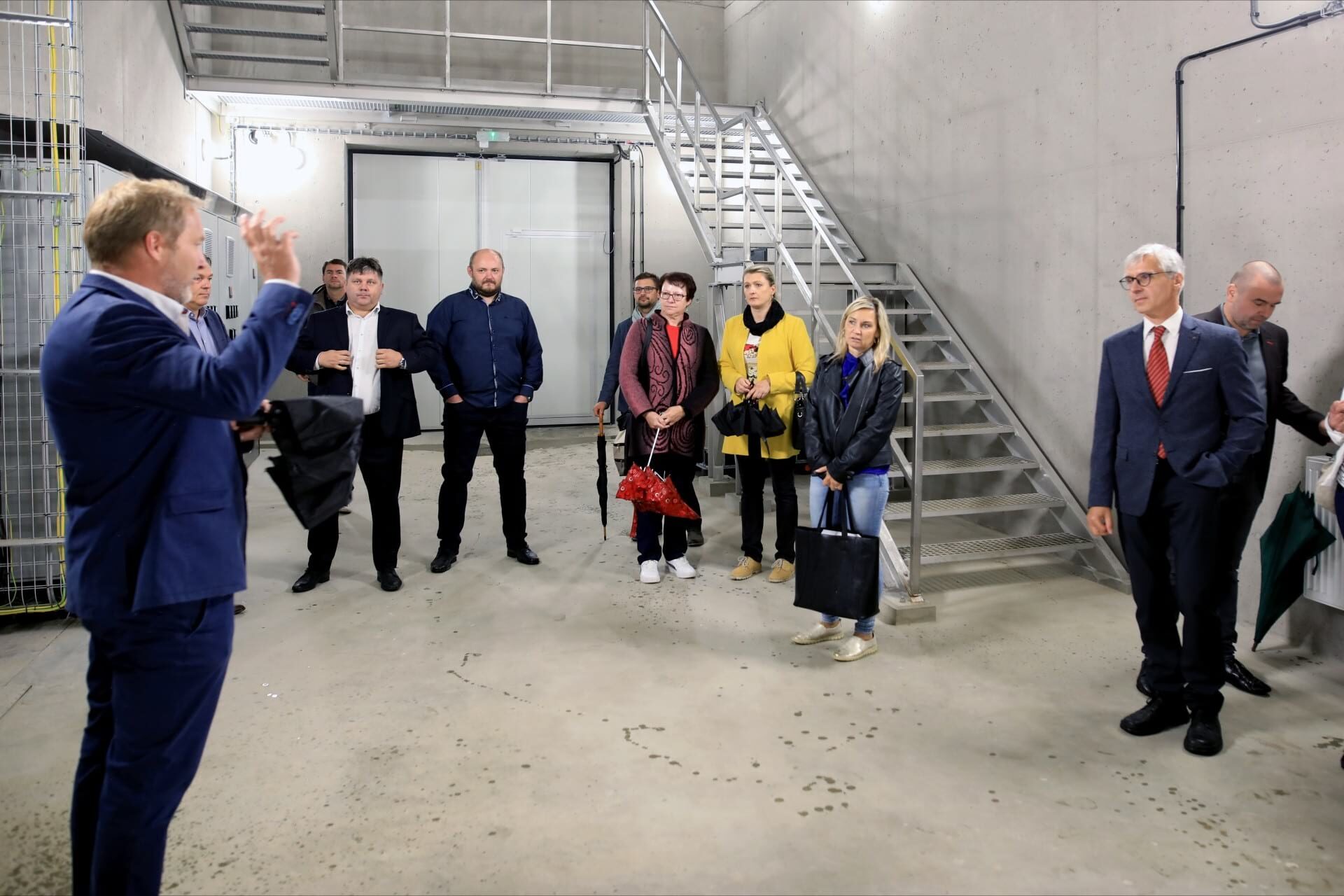 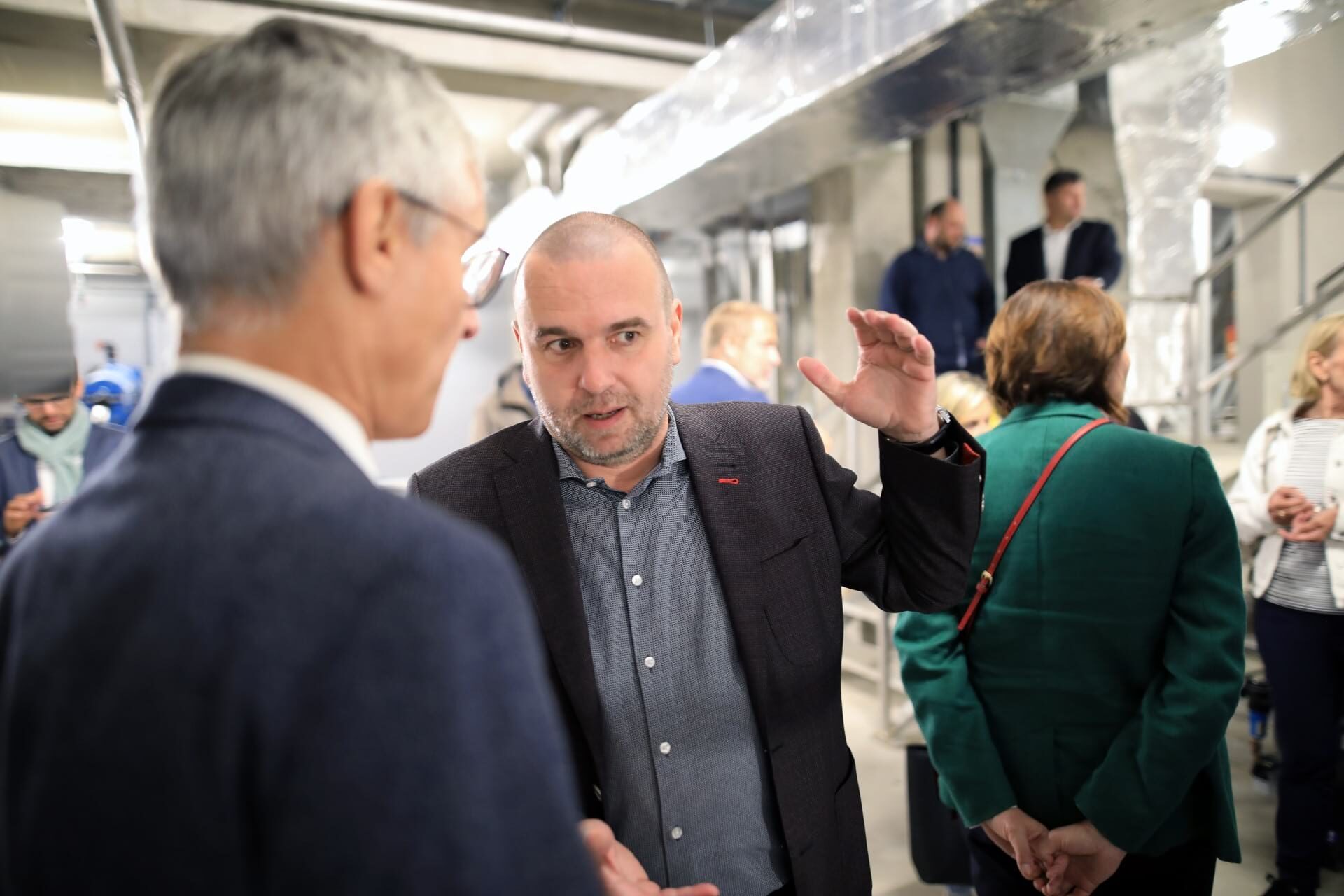 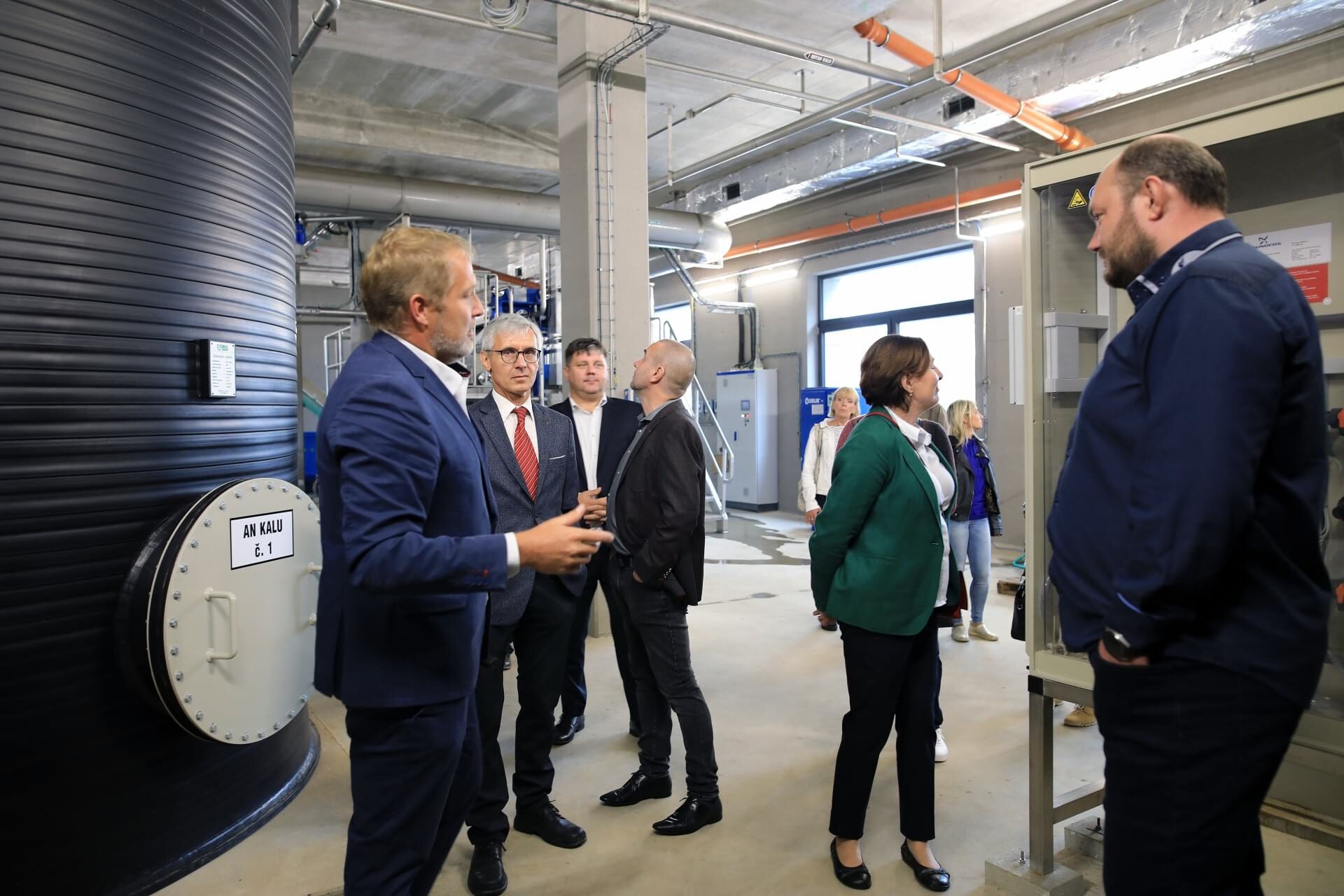 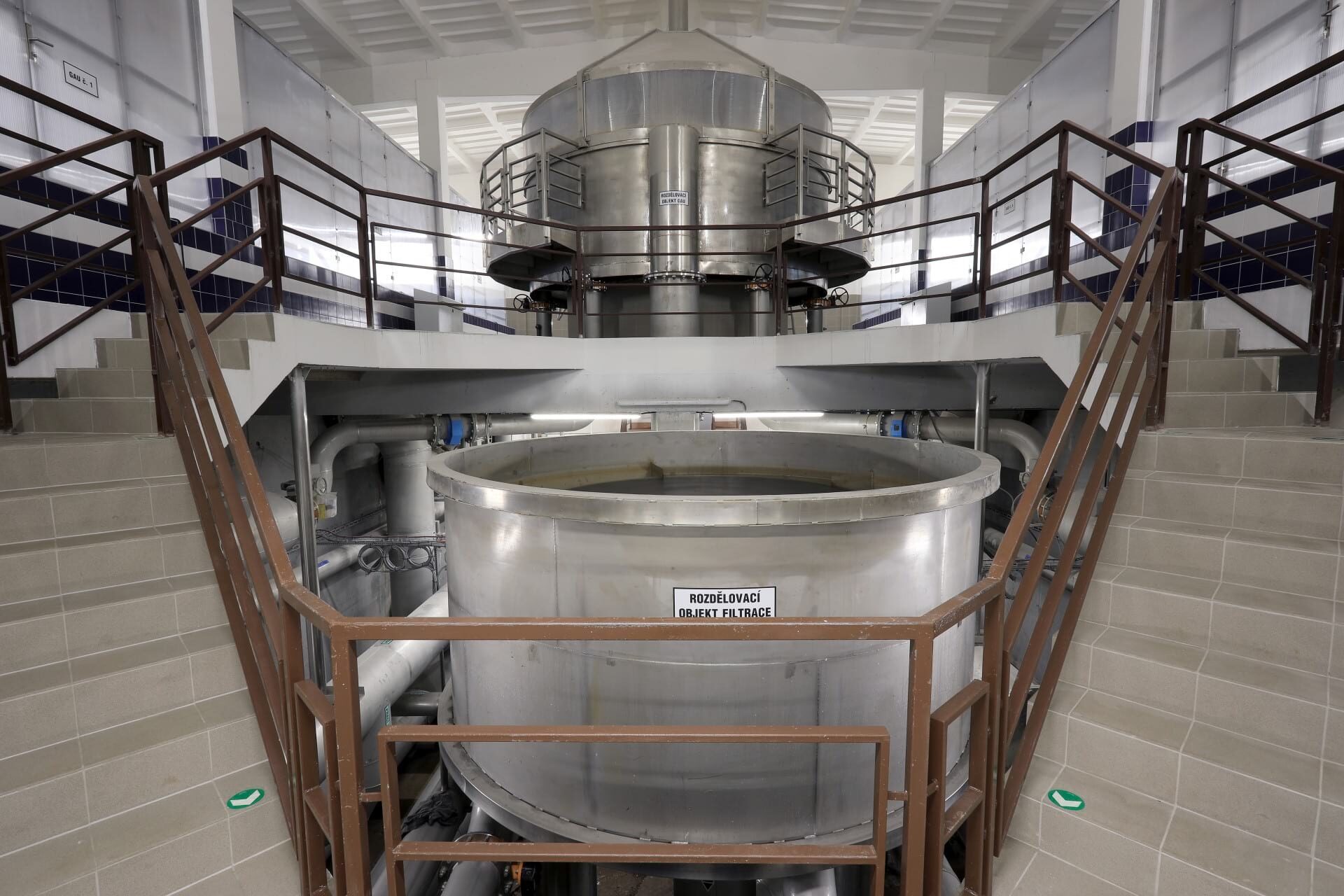 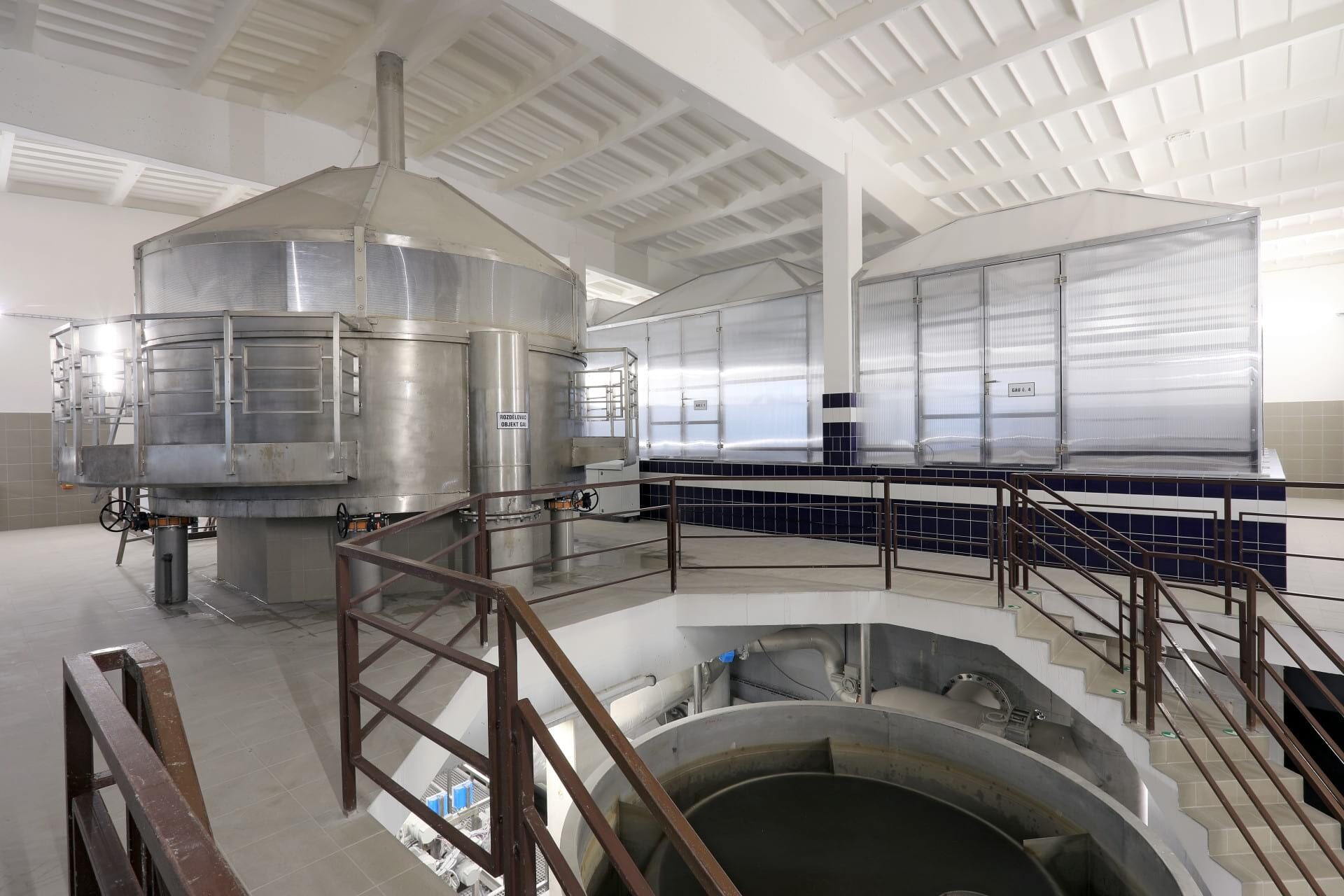 “The deteriorating climatic conditions in recent years have significantly influenced the quality of the raw water excavated from the Oplatil sand-pit. This has been serving as the dominant water source for Hrobice’s treatment plant,” said Martin Charvát, Chaimran of the Board at Vodovody a kanalizace Pardubice, a.s. at the ceremony for handing over the project. “An increasing concentration of microorganisms and organic materials is one of the trickiest problems for water treatment plants that are supplied by surface water. We also needed to deal this problem at the water treatment plant in Hrobice,” concluded Charvát.

The project for modernizing and enhancing the Hrobice water treatment plant was begun on July 9, 2020. “Part of the project was to erect a new building in on the grounds of the plant that would house microfiltration technology for treating surface water from the Oplatil sand-pit, lamella clarifiers for treating ground water, as well as a sludge management system. The existing building of the water treatment plant underwent modernization related to replacing technology,” recounted Gabriela Fialková, Project Manager for Vodovody a kanalizace Pardubice, a.s., concerning the extent of the work. The project also included constructing 30 new boreholes at the Hrobice water source, replacing the delivery pipes from the pump station at Čeperka, building a new excavation structure, and reconstructing the technology at the Oplatil pump station. “Up until January 9, 2023, there’ll be operational testing in order to optimize the treatment plant’s technological parameters and verify the effectiveness of the target parameters for water production,” added Fialková.

The project’s total costs amounted to CZK 596 million. The Cohesion Fund, part of the “Environment” Operational Programme, helped to finance the project in the amount of CZK 190 million, and CZK 49 million was provided by the Czech Ministry of Agriculture.

The project documentation was prepared by the company VIS – Vodohospodářsko-inženýrské služby spol. s r.o. The project manager was the company DABONA s.r.o., and the investor’s technical supervision was provided by CENTROPROJEKT GROUP a.s. The winner of the tender for the project’s general contractor was the joint venture “Společnost ÚV Hrobice,” comprised of VCES a.s., KUNST, spol. s.r.o., and GDF spol. s r.o. Whereas VCES executed the construction side of the project, KUNST provided the machinery and technology, and GDF supplied the electrical infrastructure. “We executed the project while the water treatment plant was in continual operation,” said Miloš Emmer, Sales Director of VCES a.s. “Even though this was a very difficult project technologically, there were no unplanned interruptions of drinking water or its delivery to the water supply system during the course of the project’s execution,” stated Emmer.

A Garden of Joy for the Jsme Tady Day Center

Together with the day center’s workers as well as its clients and their parents, we have opened the Garden of Joy. The center’s exterior spaces have undergone a fundamental transformation, and its clients can now use them fully and actively.

The City of Pardubice is transferring one of its largest brownfields, the premises of the former Tesla Kyjevská, to new owners. At a meeting yesterday, the company Linkcity Czech Republic ceremonially signed a contract with city representatives on the composition of financial resources, thus enabling them to begin converting this zone into a modern district of Pardubice and thus breathe new life into these premises.