Skip to content
20. 1. 2022
Ostrava is opening negotiations with Linkcity Czech Republic a.s. concerning the sale of Rezidence Stodolní, a real estate complex in the city center. The Council Board made this decision on January 11 after evaluating the two offers that had been submitted. City representatives are now beginning to negotiate with the investor about a contract to define the deadlines for executing the plans and all other relevant conditions. The contract proposal will subsequently be discussed at the City Council, most likely in March or April. 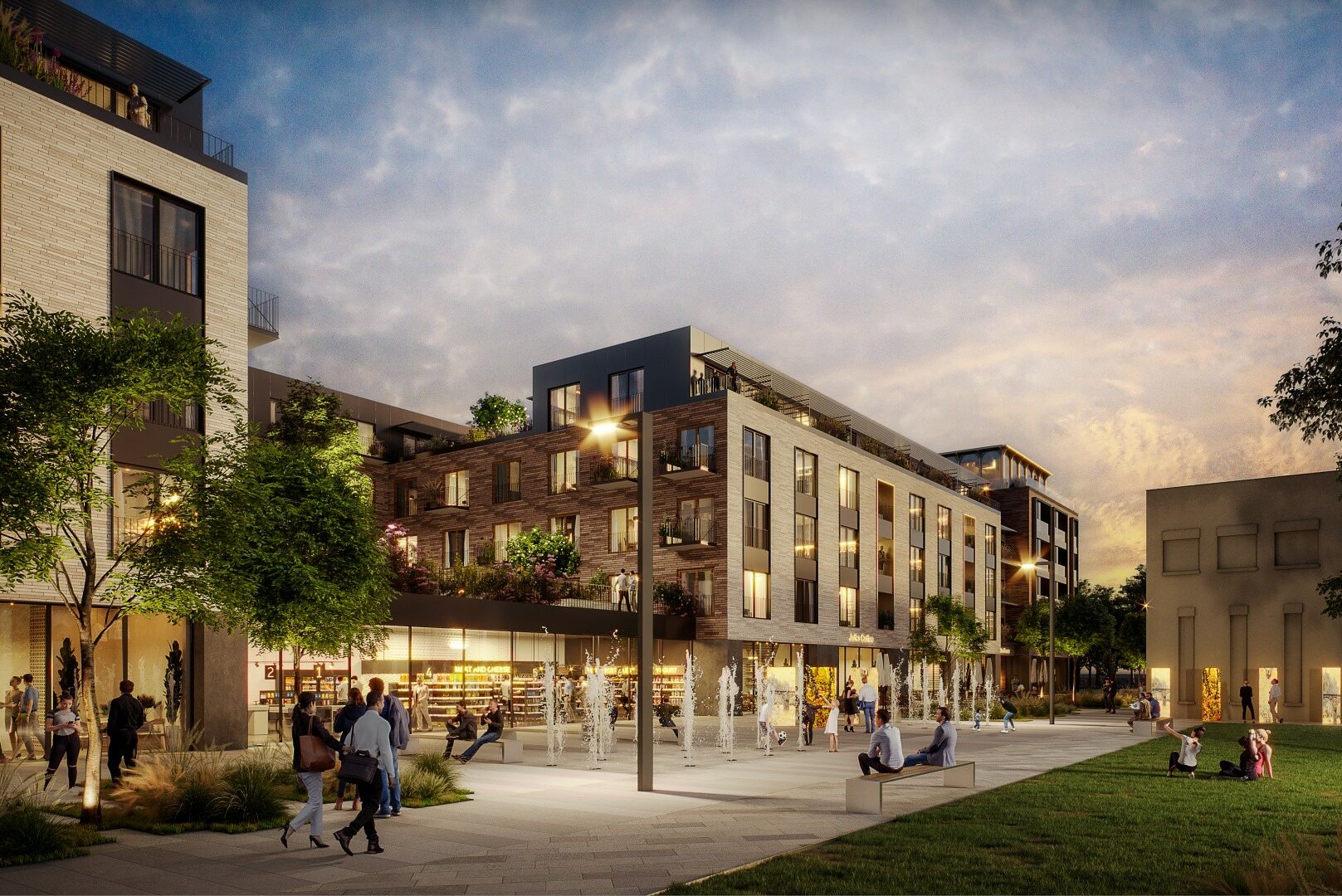 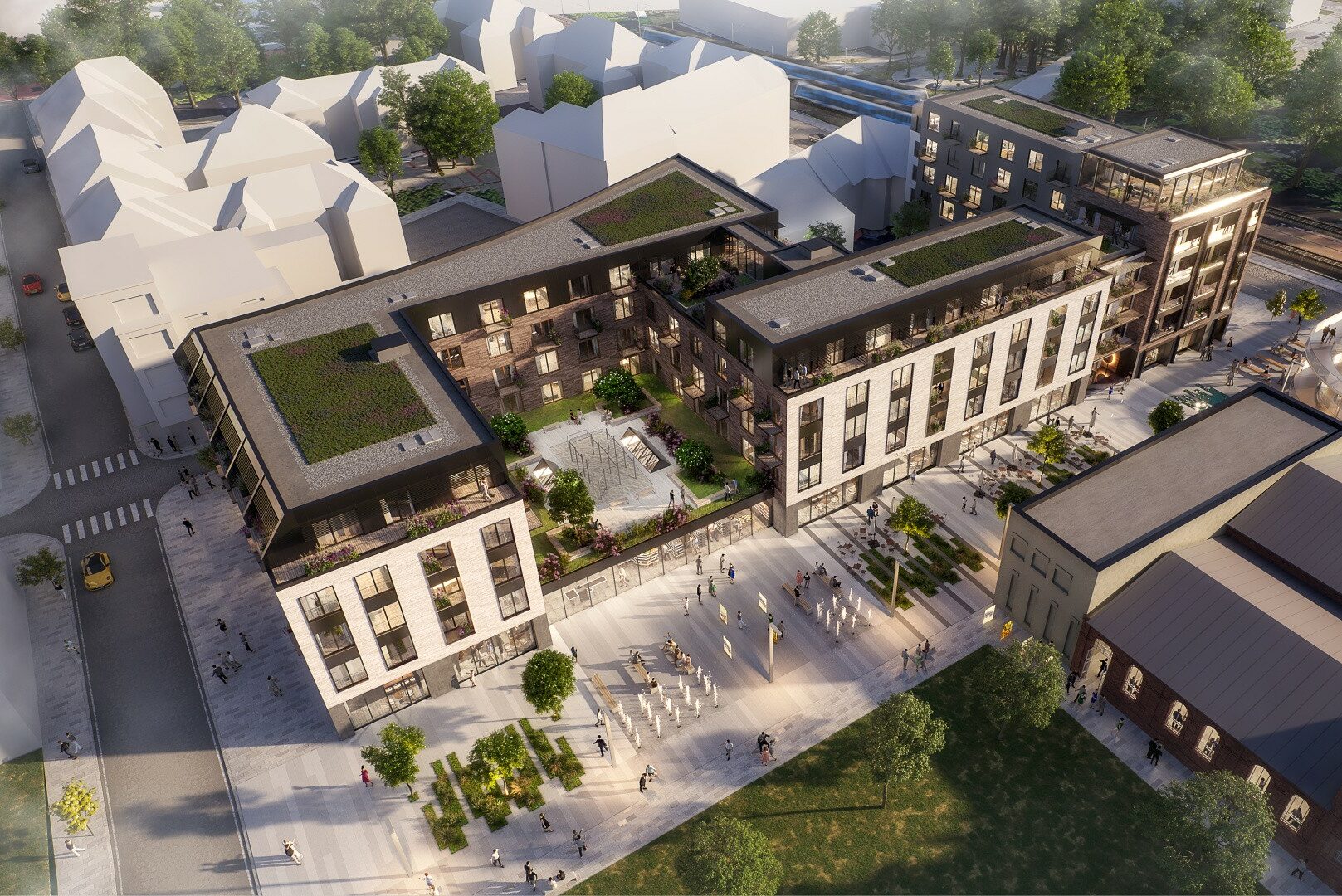 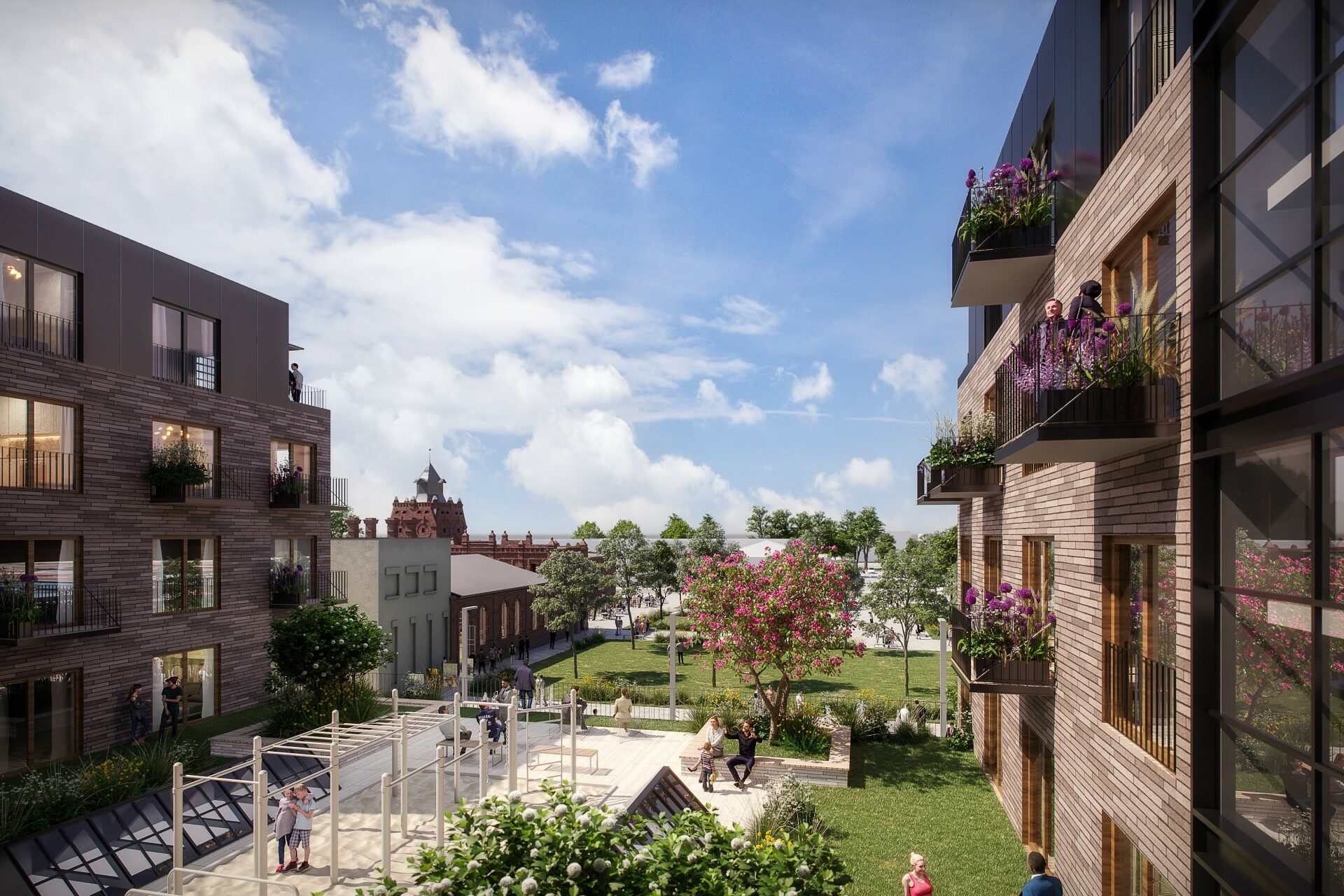 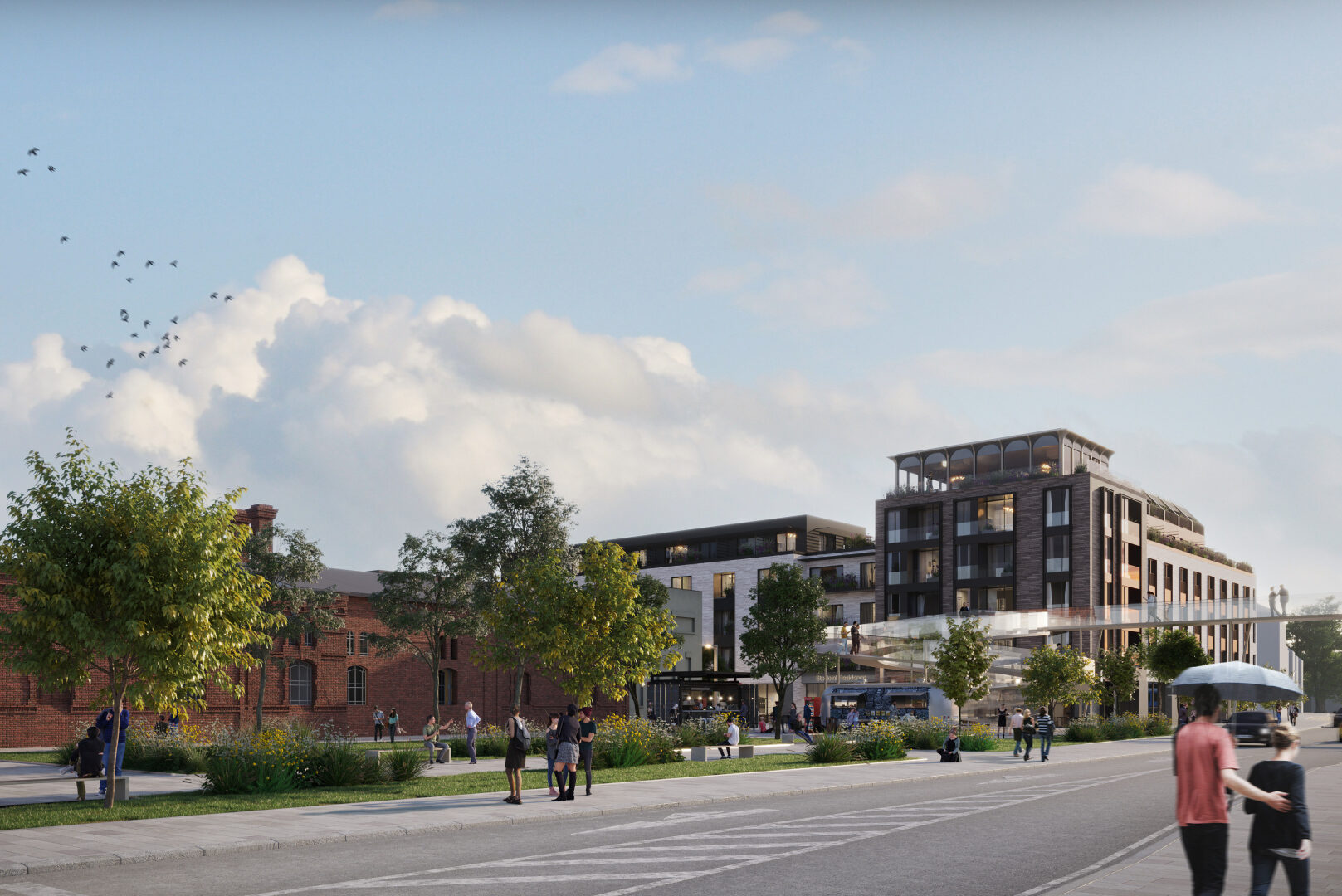 It is possible to describe the proposal submitted by the winning party in more detail here. The investor submitted a plan to build a new high-quality development that will blend in well with the city while also sensitively reducing the shortage of compact development in the city center. The investor wants to build a multifunctional building for both residential living as well as active relaxation, with the addition of a commercial ground floor. The interested party has offered a purchase price of CZK 24,000,000 plus VAT as determined by law.

“The proposal works within the context of the locality and the life within it; additionally, it even honors its history. At the same time, it will create a high-quality multi-story building in the city center while strictly reflecting the genius loci of the historical Slaughterhouse. It constitutes the option of high-quality living plus meaningful ways to spend free time directly in the city center. In addition to commercial spaces, the plan is to construct 158 apartments with parking places. Moreover, the significance of the proposed project is crowned by the architectural solution, which echoes the history of the place,” outlined Tomáš Macura, the city’s mayor.

Drafted by the company Bogle Architects, the design was inspired by the architecture of the reconstructed historical Slaughterhouse and reflects this in industrial architecture for modern living. The submitted proposal respects the nature of the surrounding buildings in the city center, providing a sense of integration. It has been designed so that the ground floor with commercial units runs along the entire block of Stodolní, Masná, and Porážková. It is assumed that these will house businesses such as a pharmacies, bakeries, shops, doctor offices, cafes, restaurants, hobby shops, etc. The materials in the building’s facade reflect the design for the reconstructed Slaughterhouse; this helps tie the district together overall. Zones for congregating are designed near the historical Slaughterhouse’s city parks.

The investor has placed emphasis on communal gardens; they have created two inner courtyards. The western one, with green spaces, is partially open to the public. It is accessible to the building’s residents as well as to visitors of the commercial spaces, restaurants, and cafes, and it faces the reconstructed Slaughterhouse. The eastern courtyard is open to a proposed park for the historical Slaughterhouse and thus in a way expands on this; it is accessible only to the building’s residents. A green roof then serves as a children’s playground and a space for exercising or relaxing with a view to the Slaughterhouse. The residence greenery creates a pleasant micro-climate. At the same time, it serves as a means to retain rainwater, as it has an outlet into a reservoir.

In relation to the planned cooperation, Clément de Lageneste, General Director of Linkcity Czech Republic, states: “We appreciate the way the city government has approached Ostrava’s future development. The plan to revitalize brownfields and return life to unused localities while focusing on permanent sustainability for the city precisely corresponds to our concept of development. Therefore, we are looking forward to the opportunity to begin cooperating with the city of Ostrava at such a symbolic location as Stodolní clearly is. I trust that we’ll be able to create a project together whose caliber will contribute to the renewal and further development of this district.”

The plan to sell the aforementioned real estate in the city center was approved by the Ostrava City Council at their session on Sept. 15, 2021. Up until the end of November, interested parties were able to present proposals on how to use this complex located in the city’s core district. The area has been being gradually reconstructed, developed in a meaningful way according to regulatory conditions drafted by the City Spatial Planning and Architecture Studio.

During the prescribed period, the statutory city of Ostrava received two bids for purchasing the real estate on offer. In addition the already described winning bid, another offer from the company PROMET COMMERCIAL s.r.o. was also submitted, which planned to construct a multifunctional building with commercial spaces, apartments, a parking garage, and a hotel. However, their offer did not meet the requirements disclosed by the city when announcing the plan to sell, primarily from the perspective of the structure of the proposed development. Therefore, this bid could not be accepted.

Linkcity Czech Republic a.s. is an international development brand from the Bouygues Group and operates in the Czech Republic as a part of the construction group VCES. Linkcity is a developer and investor in projects for which it uses global might and local experience. It realizes projects that consist of revitalizing city brownfields for diversified use – Tesla Pardubice, Rezidence Radotín, etc. – as well as industrial projects, hotel projects, and even tailor-made projects developed according to the request of their clients. As part of their development activities, they emphasize city-forming functions, construction sustainability, and renewable resources. Some of Linkcity’s current projects include converting the former Tesla facilities in Pardubice into a new residential neighborhood with 250 apartments, a supermarket, and 10 row houses as well as executing the third phase of the Chrudimpark residential project.

At CZK 9 Billion, Central Group Begins Construction on a New Neighborhood. VCES Will Be Building the First Phase.

Today Central Group, the largest Czech contractor for residential projects, began construction on the new residential district of Tesla Hloubětín in Prague 9 with a ceremony for laying down the foundation stone. This is Prague’s best selling apartment project and also currently one of its largest residential projects. Roughly 1,500 apartments for more than 3 thousand people will be going up on a brownfield left over from the previous business, which manufactured radios and televisions. The overall invested costs amount to CZK 9 billion in current prices.