Skip to content
27. 4. 2022
Renovation of the supply line from the water treatment plant in Orlice to the Nové Hradec Králové water tank and increasing the volume of the water tank capacity in Bohuslavice. These are another two important investments initiated the company Vodovody a kanalizace Hradec Králové, a.s., and are similar to its previous project of extensively reconstructing and modernizing the Orlice water treatment plant. 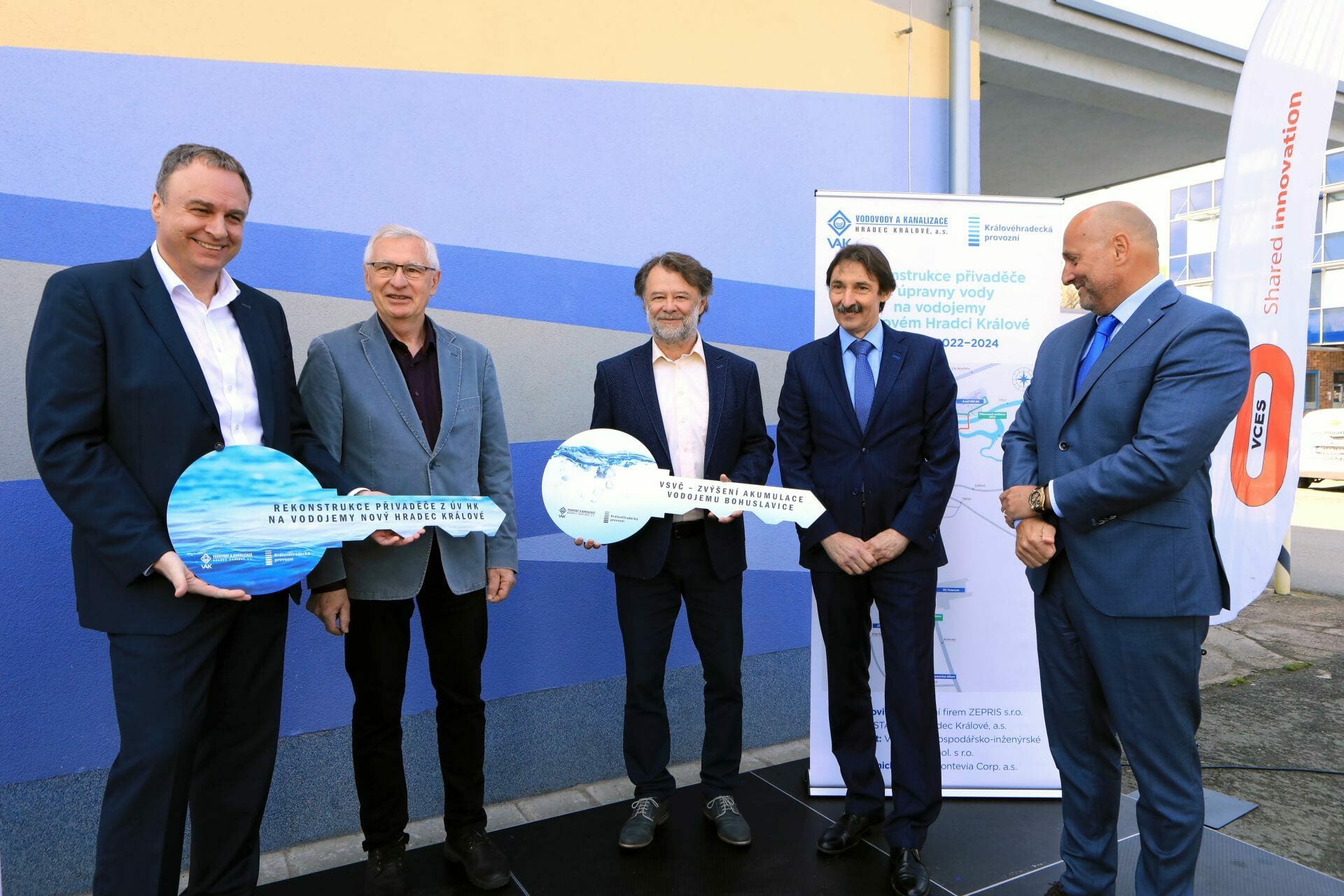 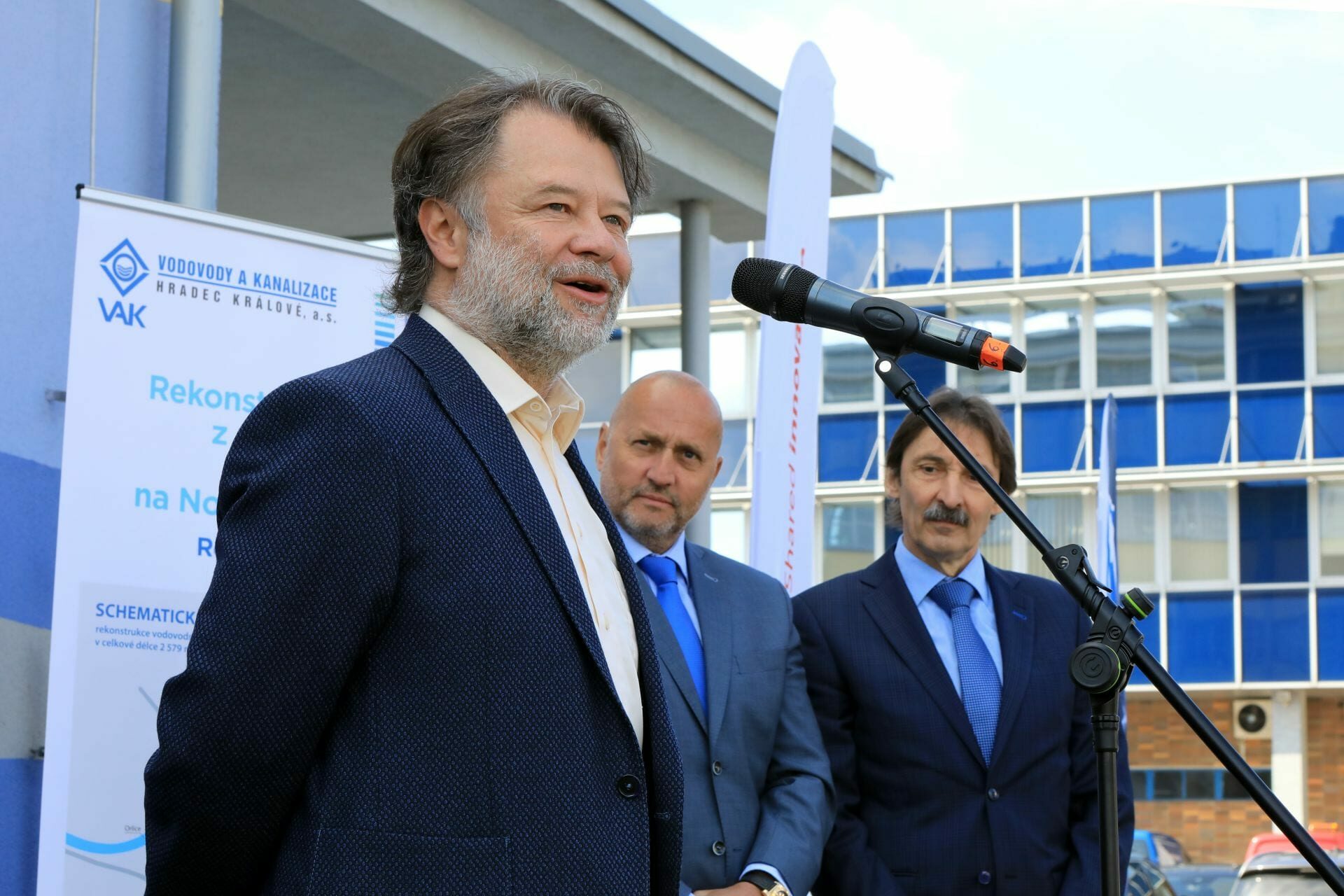 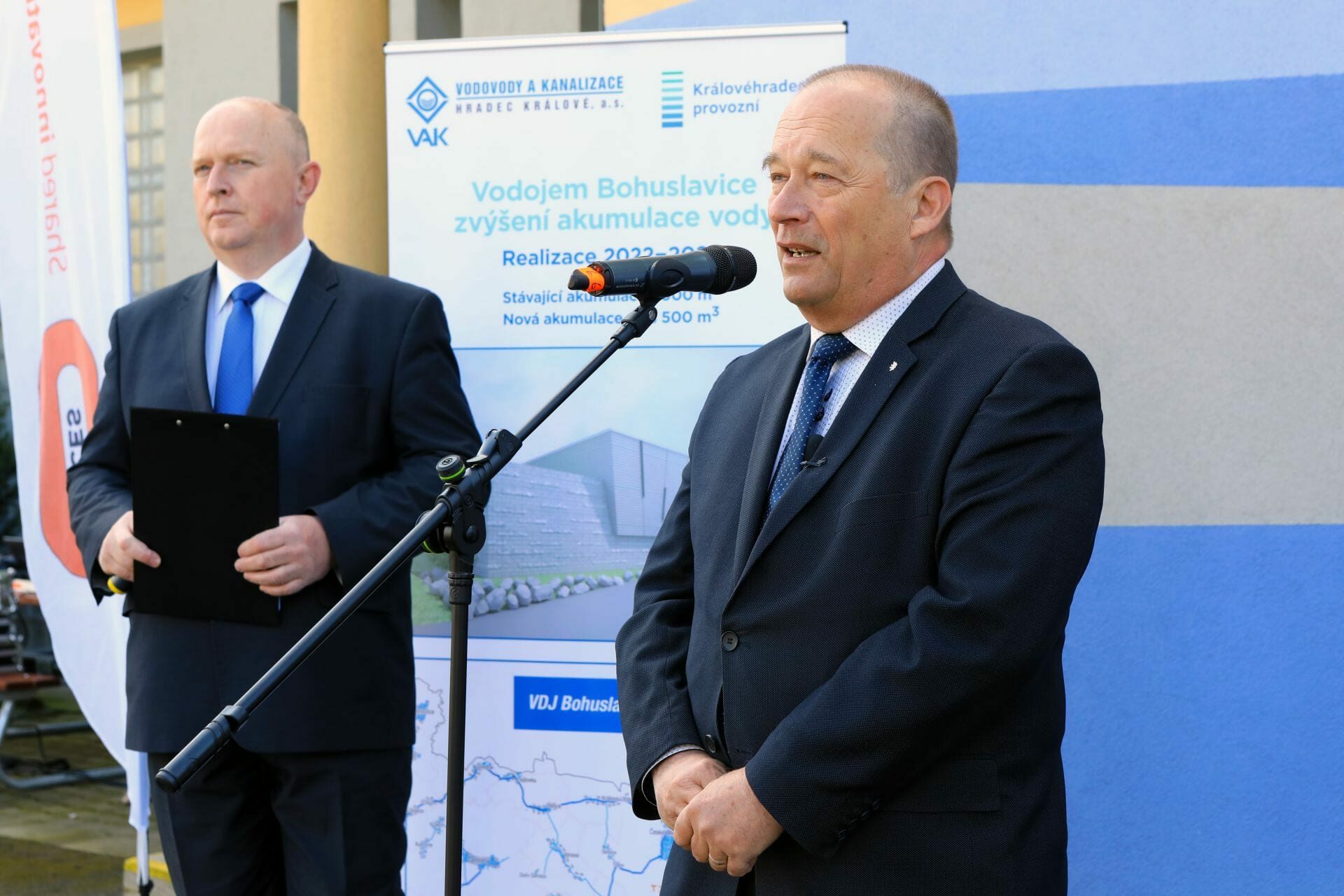 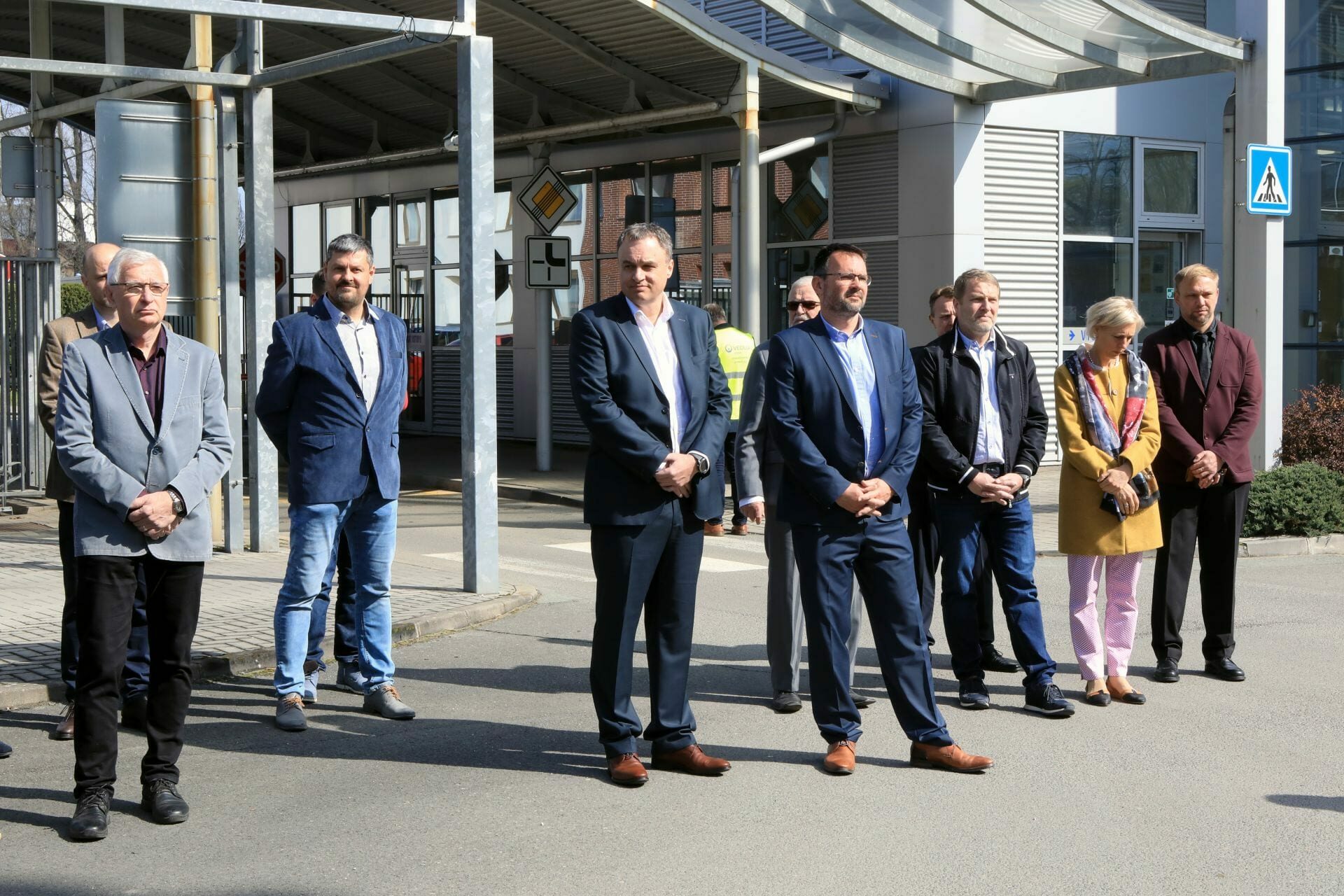 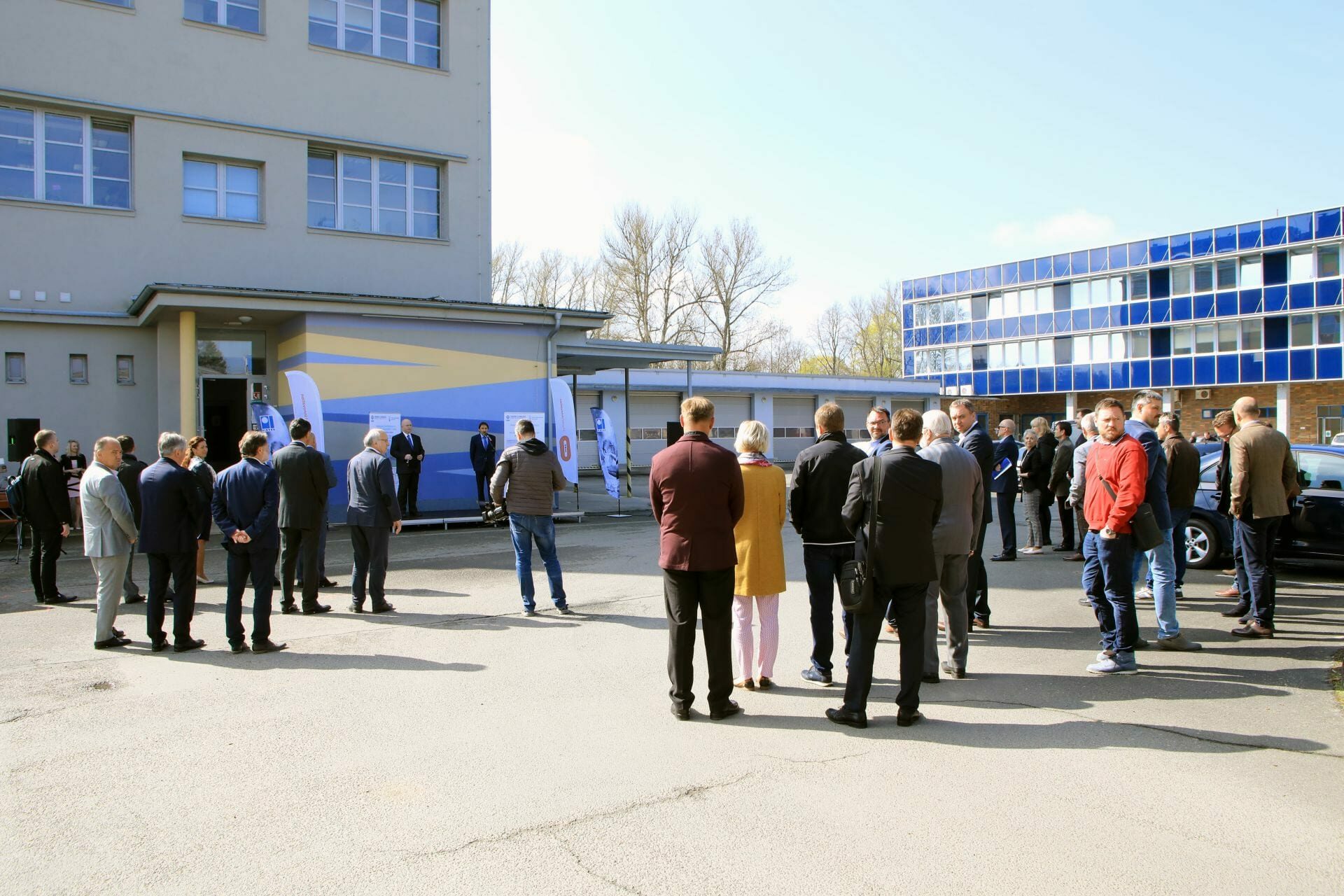 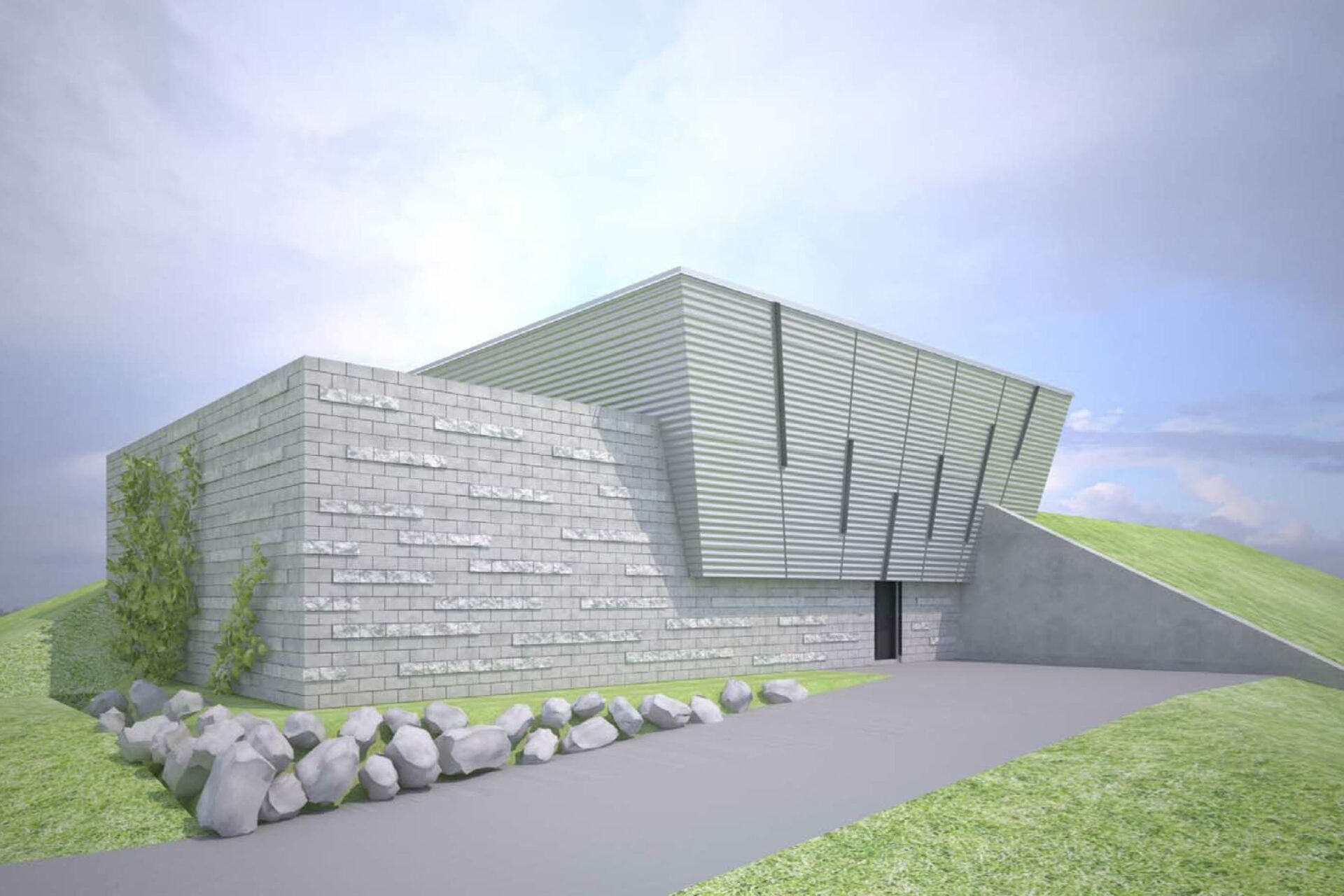 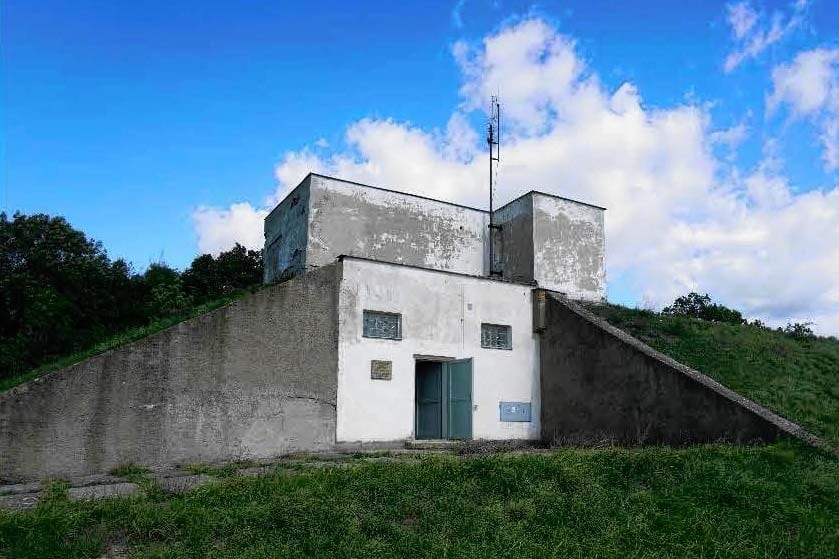 Both investments were launched on April 26, 2022 with a ceremony that included participation by the mayor of Hradec Králové, Alexandr Hrabálek; members of the management of the shareholder company Vodovody a kanalizace Hradec Králové, a.s.; operators from Královéhradecká provozní, a.s.; representatives of the contracted companies; and other guests.

“This is another project by the company VAK for ensuring a sufficient amount of water for Hradec Králové’s residents. Naturally, the city’s administration welcomes such endeavors. They are especially necessary during this time period, when there can be insufficient drinking water due to threatening drought, and these investments aim to make sure that the water tanks in Nový Hradec Králové are sufficiently supplied. The same applies to the water tank in Bohuslavice, because our city’s waterworks system is connected to an extensive network of supply lines securing the water supply for a large part of the Hradec Králové and Pardubice Regions,” stated Mayor Alexandr Hrabálek.

“For this investment, we’re using grants from the Czech Ministry of Agriculture to renovate the waterworks properties. We consider the reconstruction necessary, because the oldest parts of Eastern Bohemia’s waterworks system (Vodárenské soustavy východní Čechy or VSVČ) are 60 years old. We’re also focusing on increasing the capacity of the facilities, such as the water treatment plant and the water tanks. The goal of these projects is to ensure there will be enough drinking water for the hundreds of thousands of residents in our region,” Jiří Šolc, director of Vodovody a kanalizace Hradec Králové, a.s., stated on site.

“The quality of Hradec Králové’s water is high, and it meets all the criteria dictated by national legislation. As an operator, we’re responsible for the quality of the drinking water and for making sure that there are supplies for the more than 170,000 residents are being served. These investments will help us further improve the already high standard of water being supplied to all of our customers,” added Jakub Hanzl, General Director of Královéhradecká provozní, a.s.

The reconstruction of the water tank in Bohuslavice nad Metují will include constructing another entirely new water tank with a volume of 500 m3, which will significantly increase its capacity. Currently, the water reservoir has an existing tank with a volume of 1000 m3. “Together with the construction of a new water tank, there will also be construction repairs to this structure, in the form of new elements, such as roofing, a facade, electrical wiring, and a sanitation system,” stated Tomáš Kouba, Commercial Manager for the company VCES a.s., which was chosen to execute this project. “The mechanical and electrotechnical systems as well those for measurement, regulation, and data transfer to the dispatching center in Hradec Králové will also be completely replaced and modernized. In order to entirely secure the safety of the drinking water supply, the whole structure will be equipped with new electronic security system,” said Jiří Šolc, completing the work list.

The water tank in Bohuslavice has been in operation since 1992 and supplies drinking water to 16 municipalities on the border of the counties of Hradec Králové and Rychnov nad Kněžnou. Currently, it is a dividing element between the Náchod and Hradec Králové sections of the waterworks system. The overall costs for this construction amount to CZK 72.3 mil., of which CZK 50.6 mil. (70%) will be financed from grants provided by the Czech Ministry of Agriculture. It will be completed by June of 2023.

Vodovody a kanalizace Pardubice, a.s. has completed the two-year-long renovation and modernisation of the Water Treatment Plant (WTP) in Mokošín. On Wednesday, 23 October, representatives of the investor and the contractors had the opportunity to cut the symbolic ribbon representing the completion of the work.

The VCES buildings enter the Building of the Year 2017 contest

Once again this year, our constructions are going to be compared with the competition, and the selection of the best projects implemented in the Czech Republic in the course of the last year.