Skip to content
23. 3. 2021
The City of Pardubice is transferring one of its largest brownfields, the premises of the former Tesla Kyjevská, to new owners. At a meeting yesterday, the company Linkcity Czech Republic ceremonially signed a contract with city representatives on the composition of financial resources, thus enabling them to begin converting this zone into a modern district of Pardubice and thus breathe new life into these premises. 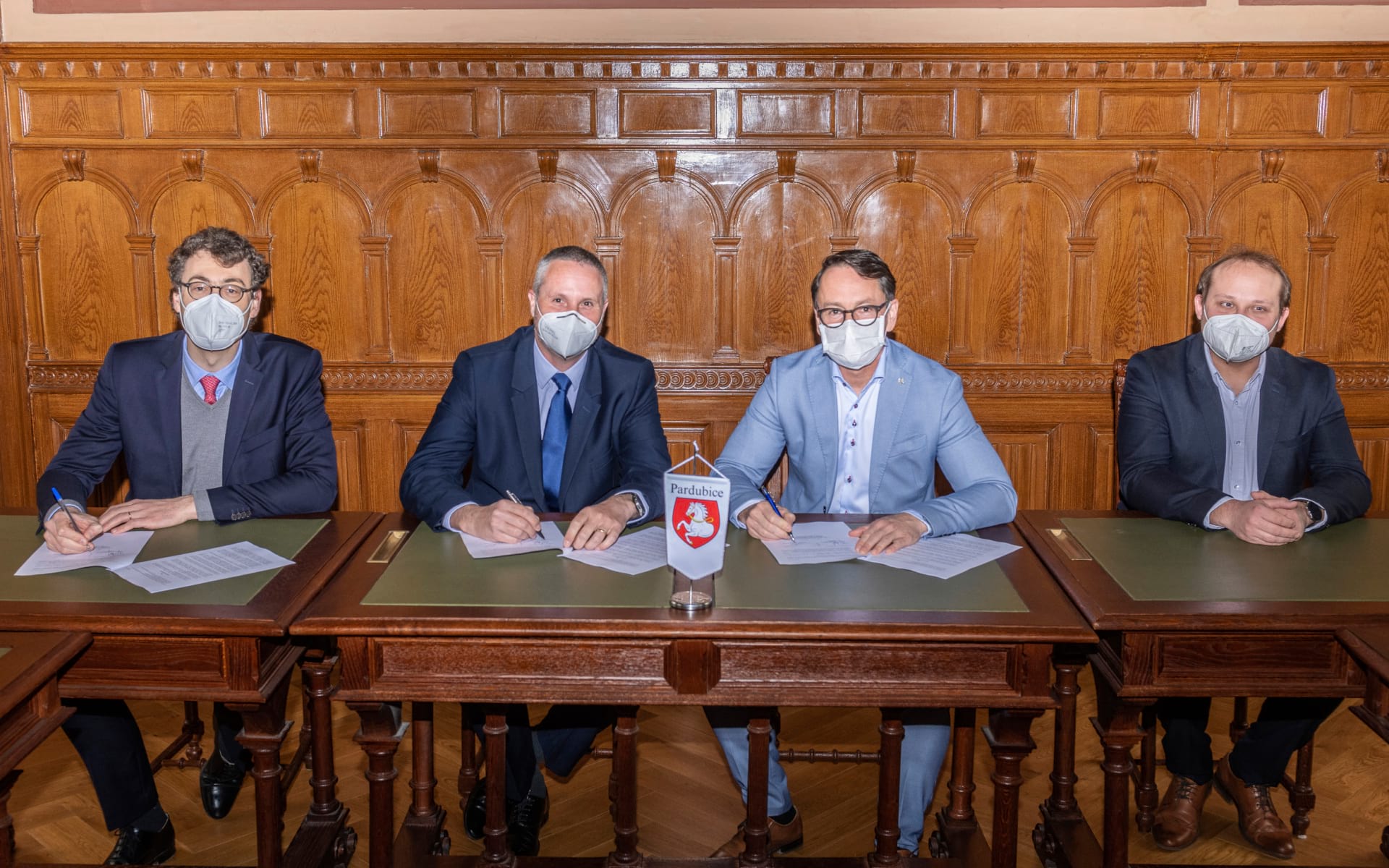 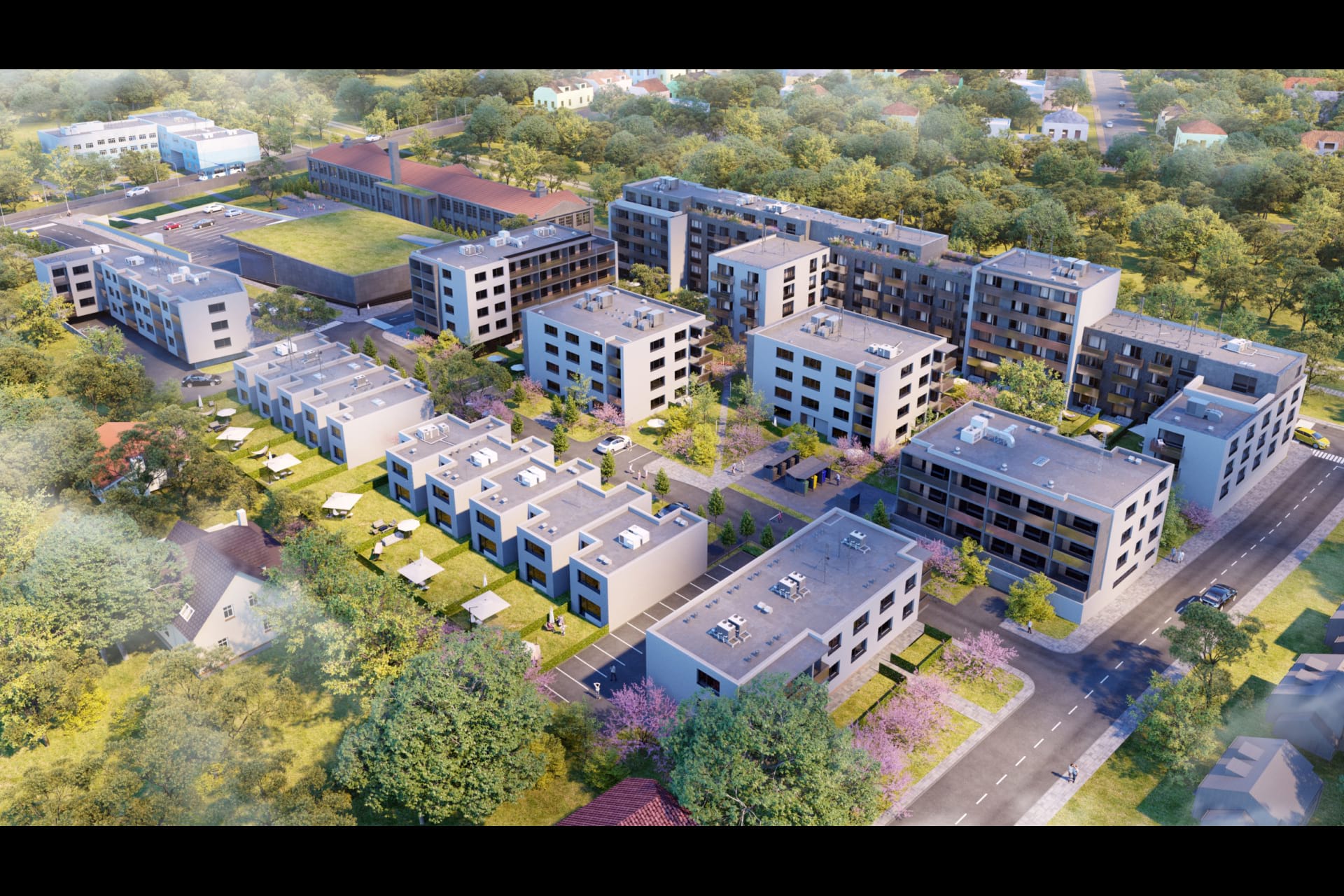 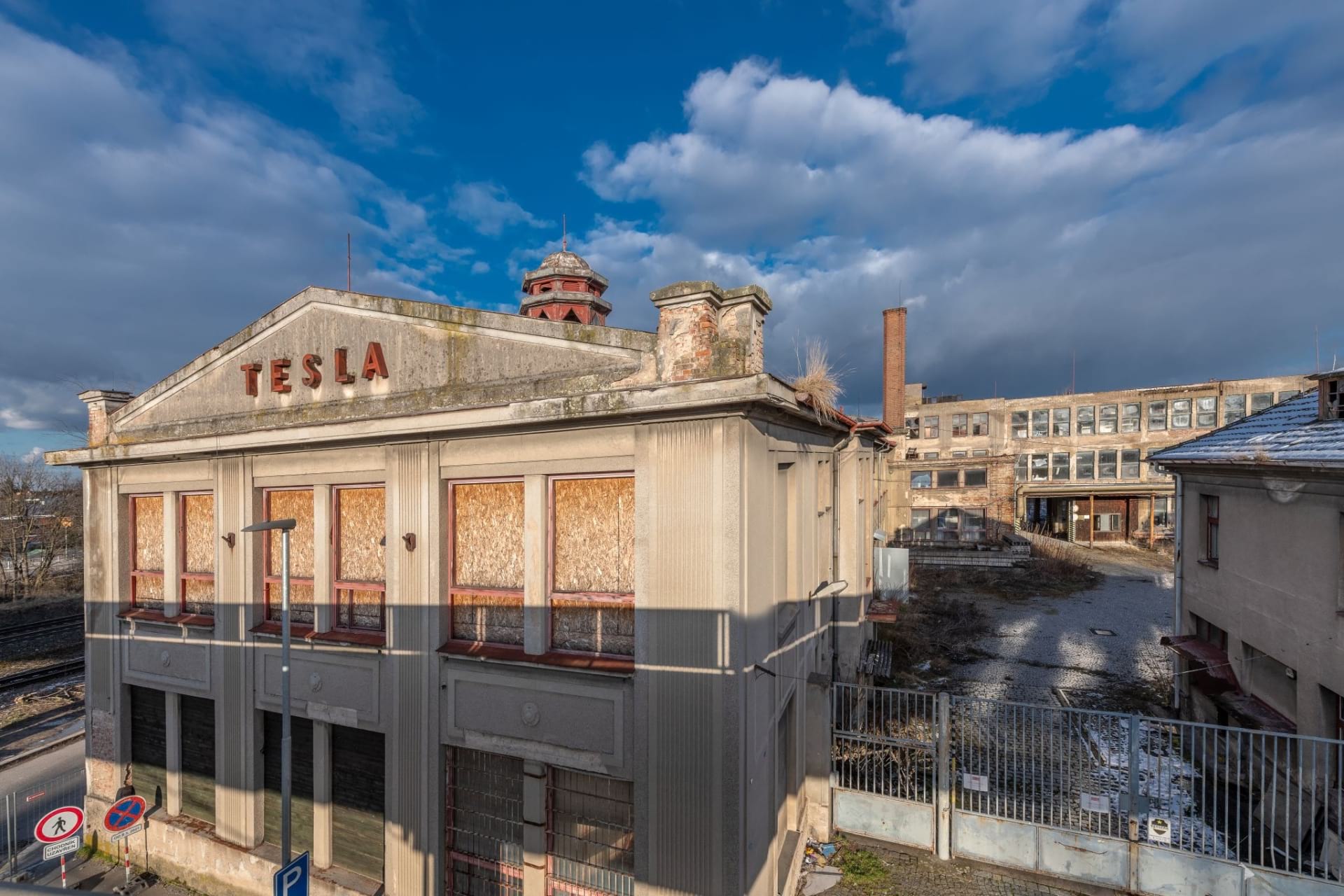 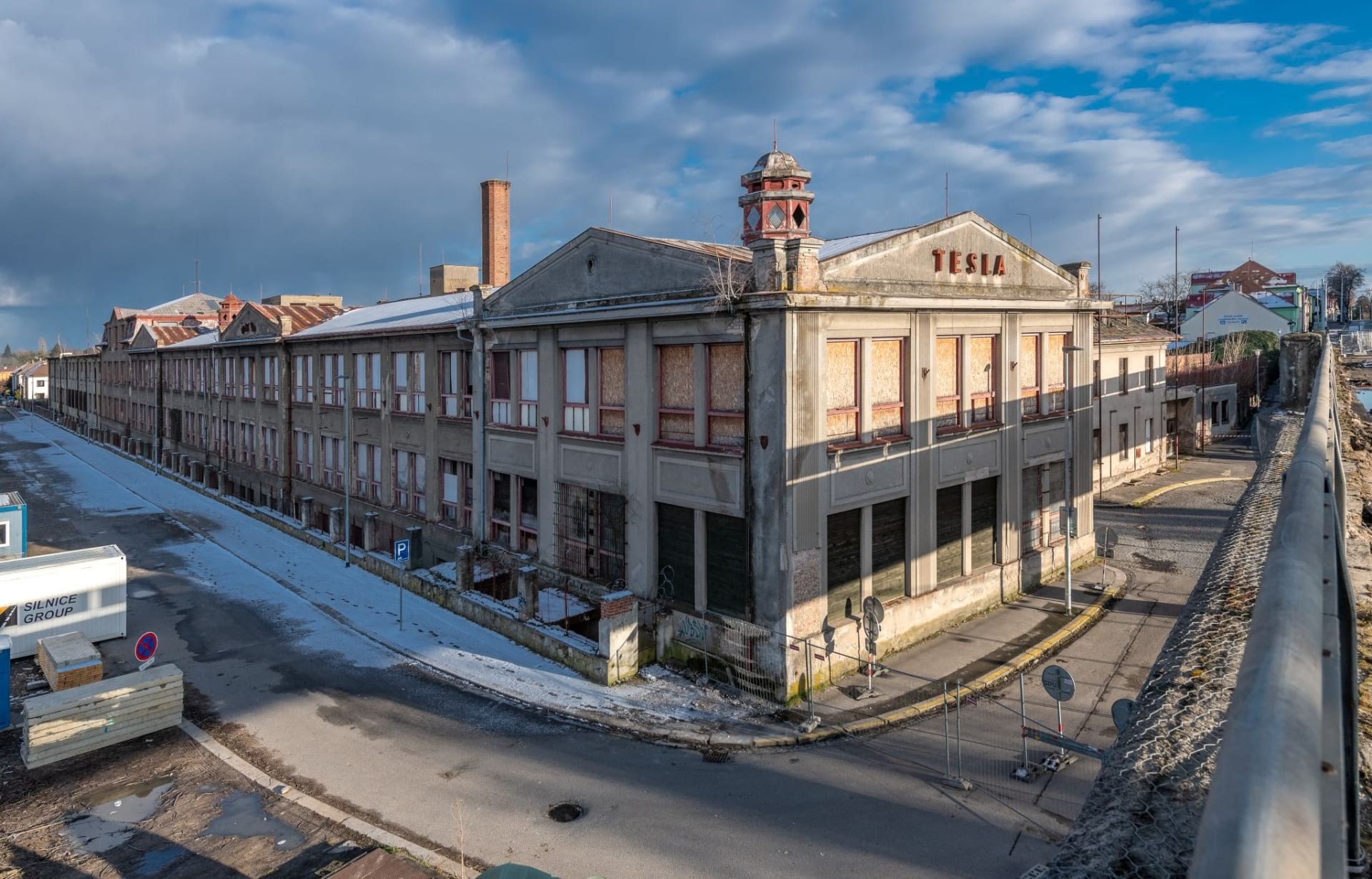 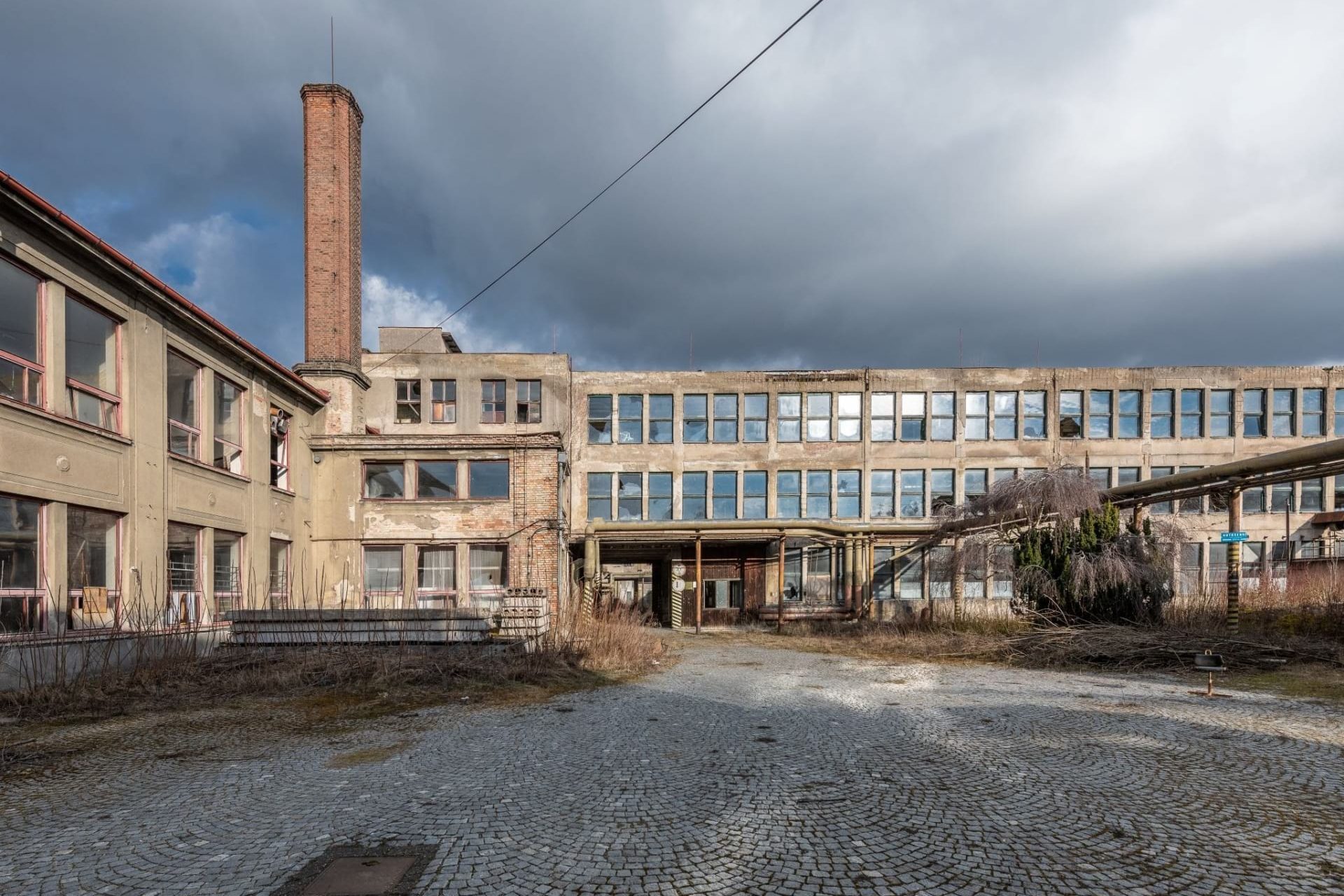 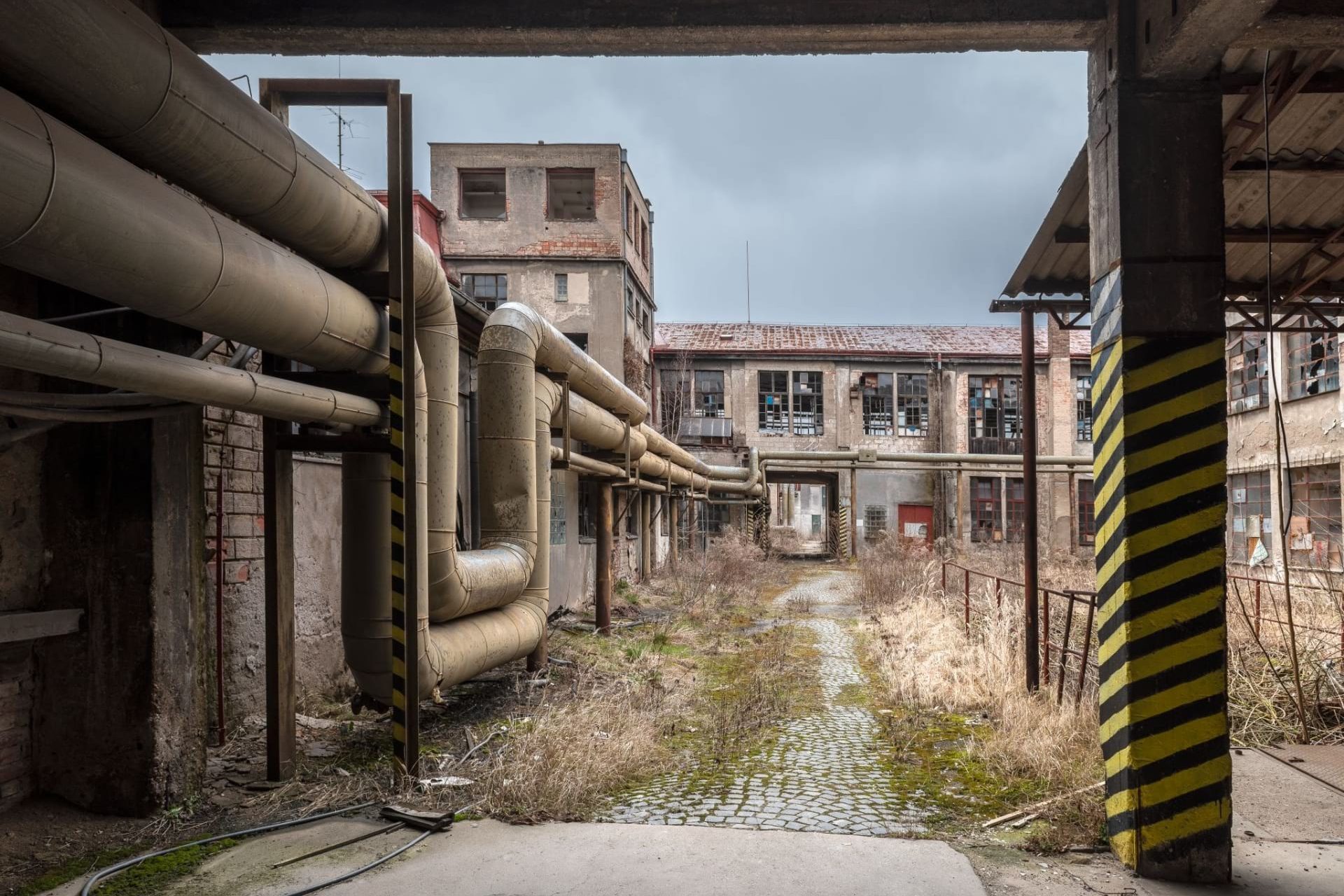 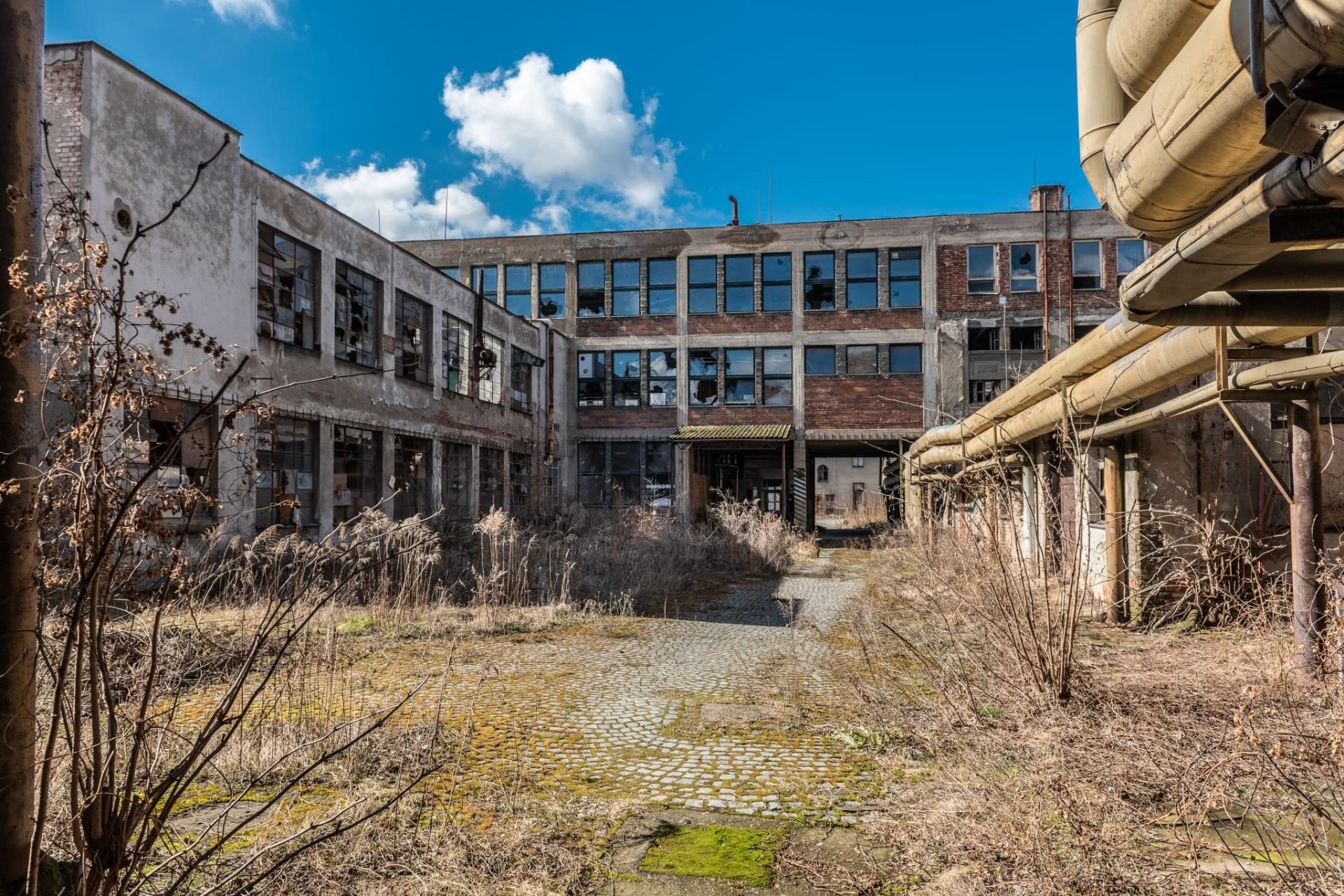 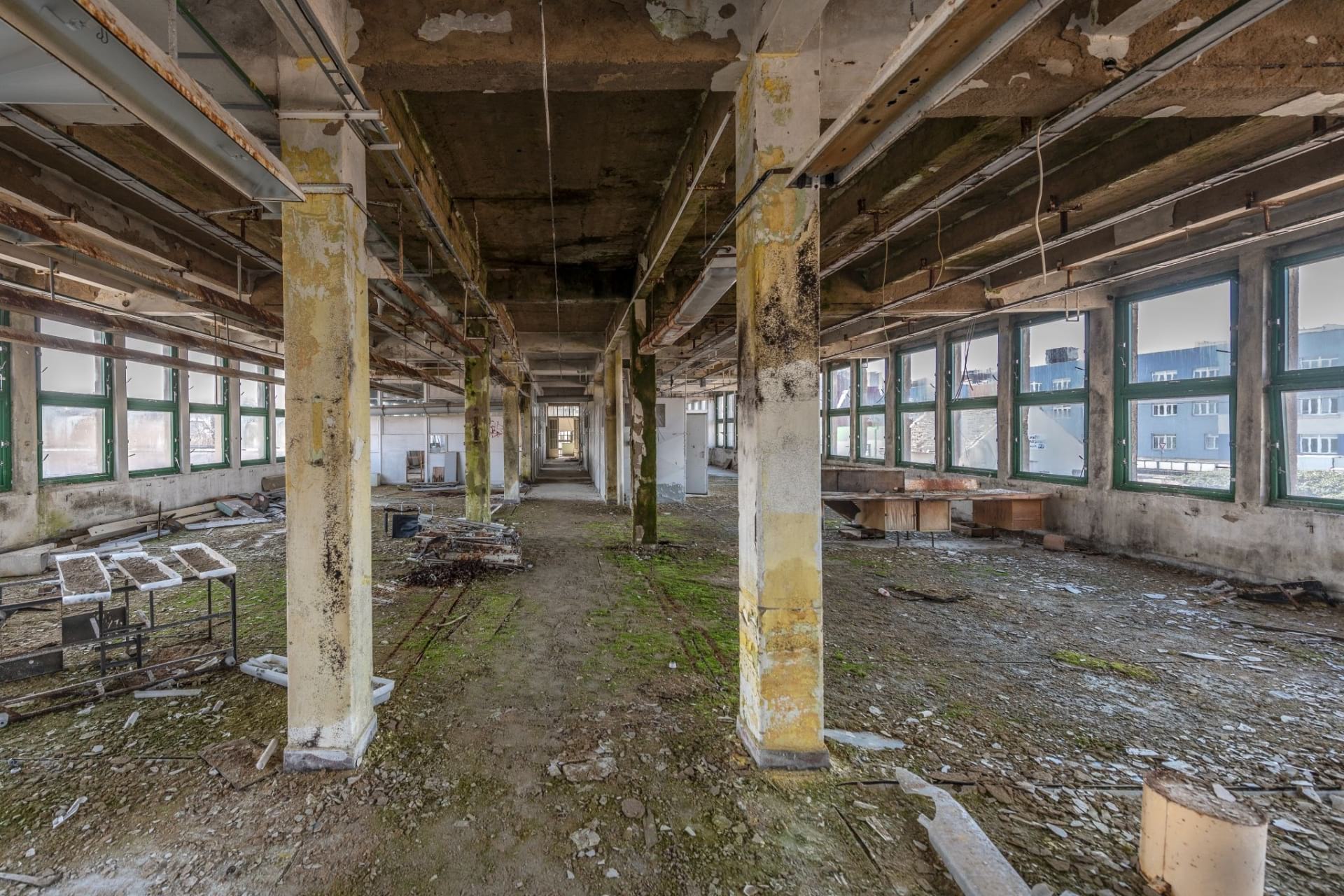 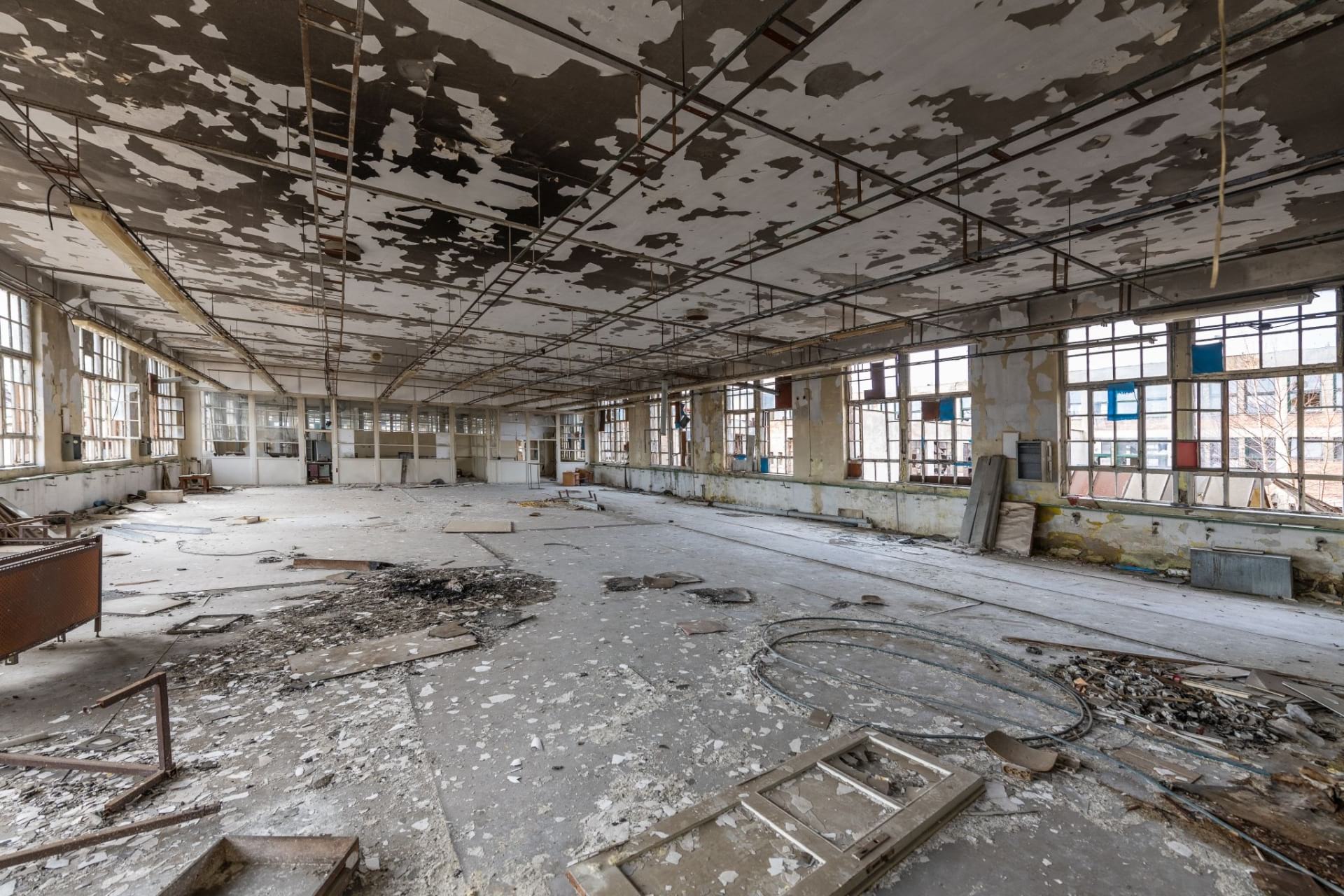 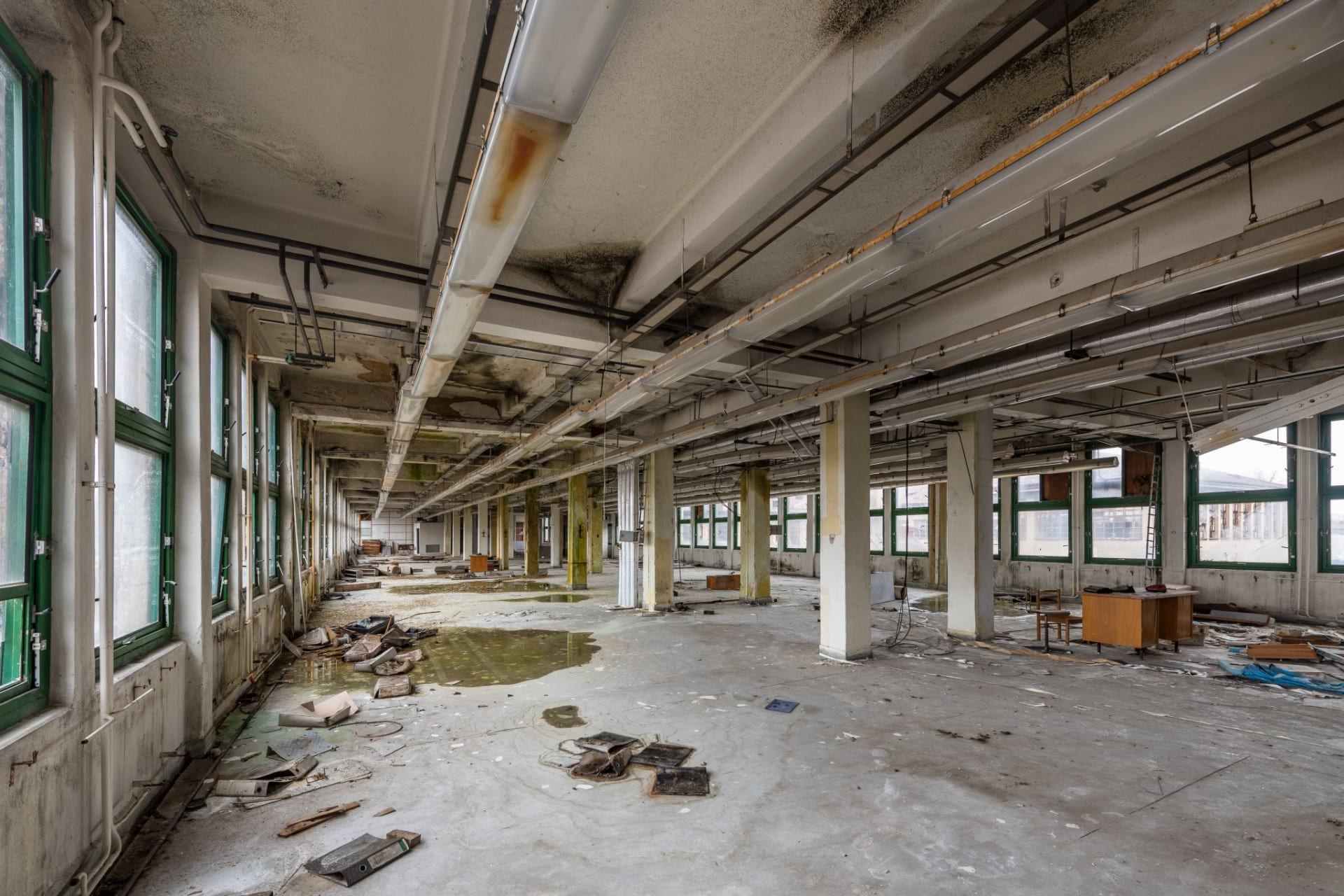 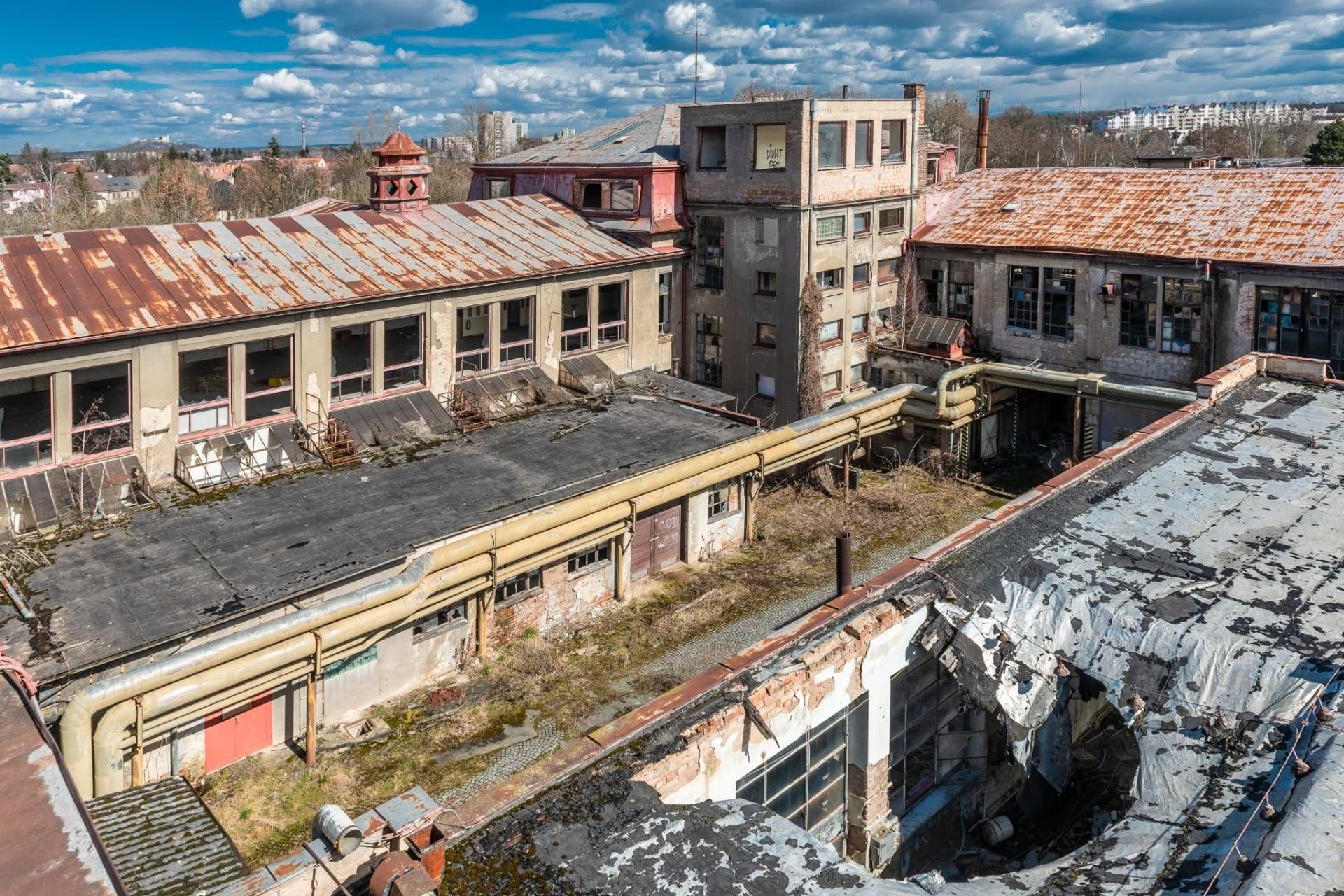 “For many years, the city has been trying to decide the future of Tesla Kyjevská. Therefore, I am very happy we have been able to arrive at this phase of the project together with the company Linkcity Czech Republic, meeting here to sign the final contract. I believe the developers will be able to create a place here that will attract people – not only from the perspective of residence but also leisure time activities, and I would like to thank them very much for their cooperation. Moreover, the Telegrafie Building will be preserved and transferred into the ownership of the University of Pardubice, which has thus become another key partner in this locality,” stated Martin Charvát, the mayor of Pardubice.

The city can see the way the developer has approached transforming this locality and the way the invitation to tender was organized as ideal future solutions to approaching brownfield revitalization and the search for developers. “The goal of the team organizing the tender was to draw up the entry documentation conditions with external consultants in a way to allow the city of Pardubice to achieve its set goal – to acquire a suitable developer for the selected zone. I believe that we will be able to resolve the fate of other brownfields within the city limits in a similar way, be it Masaryk Barracks or the area of Hůrka,” added Jan Nadrchal, the deputy mayor responsible for the area of development and strategy.

Searching for ways to restore meaning to unused city brownfields is a current trend in sustainable construction.  Clément de Lageneste, the Linkcity’s General Director, describes the developer’s plans in Pardubice: “We highly value the confidence that the city of Pardubice placed in us two years ago when they decided to entrust revitalizing this locality to Linkcity. We also appreciate their support over the course of the entire preparation phase. I believe that this is a model for how a developer and a city can cooperate, in which the city’s interests as well as the developer’s goals are balanced and respected during construction planning. In recent years, we have been working intensively on the revitalization of Pardubice’s Tesla brownfield. The contract signing moves us from preparation and planning into realization; therefore, the residents of Pardubice will soon be able to detect the first signs of construction in the area. In the following days, we will begin clearing out the site and prepping for the construction of new buildings, which will start in June. The locality can look forward to a comprehensive revitalization to bring it to life and make it a functional part of the city once again. As part of the Čtvrť Nová Tesla project, we will build a new residential zone with 250 furnished apartments, a supermarket, and 10 row houses placed sensitively in relation to the surrounding buildings. There will also be a furnished square, other commercial spaces, and a new parking garage, which should lighten the burden on the Pardubice Hospital area, which is very exposed to traffic.”

The city will be receiving CZK 36,076,638 from the sale of this zone, with 40% of this amount going to the Pardubice Region, which has, in cooperation with the city of Pardubice, committed to investing these financial resources into transportation infrastructure in the Pardubice Hospital zone and its interconnection with the Kyjevská overpass.

A Garden of Joy for the Jsme Tady Day Center

Together with the day center’s workers as well as its clients and their parents, we have opened the Garden of Joy. The center’s exterior spaces have undergone a fundamental transformation, and its clients can now use them fully and actively.