Skip to content
26. 1. 2021
On Friday, Jan. 22, 2021, a work contract to realize one of the largest water infrastructure projects, titled “Reinforcing the Capacity and Safety of the Eastern Bohemian Waterworks System of Náchod – Hradec Králové,” was signed in Náchod. 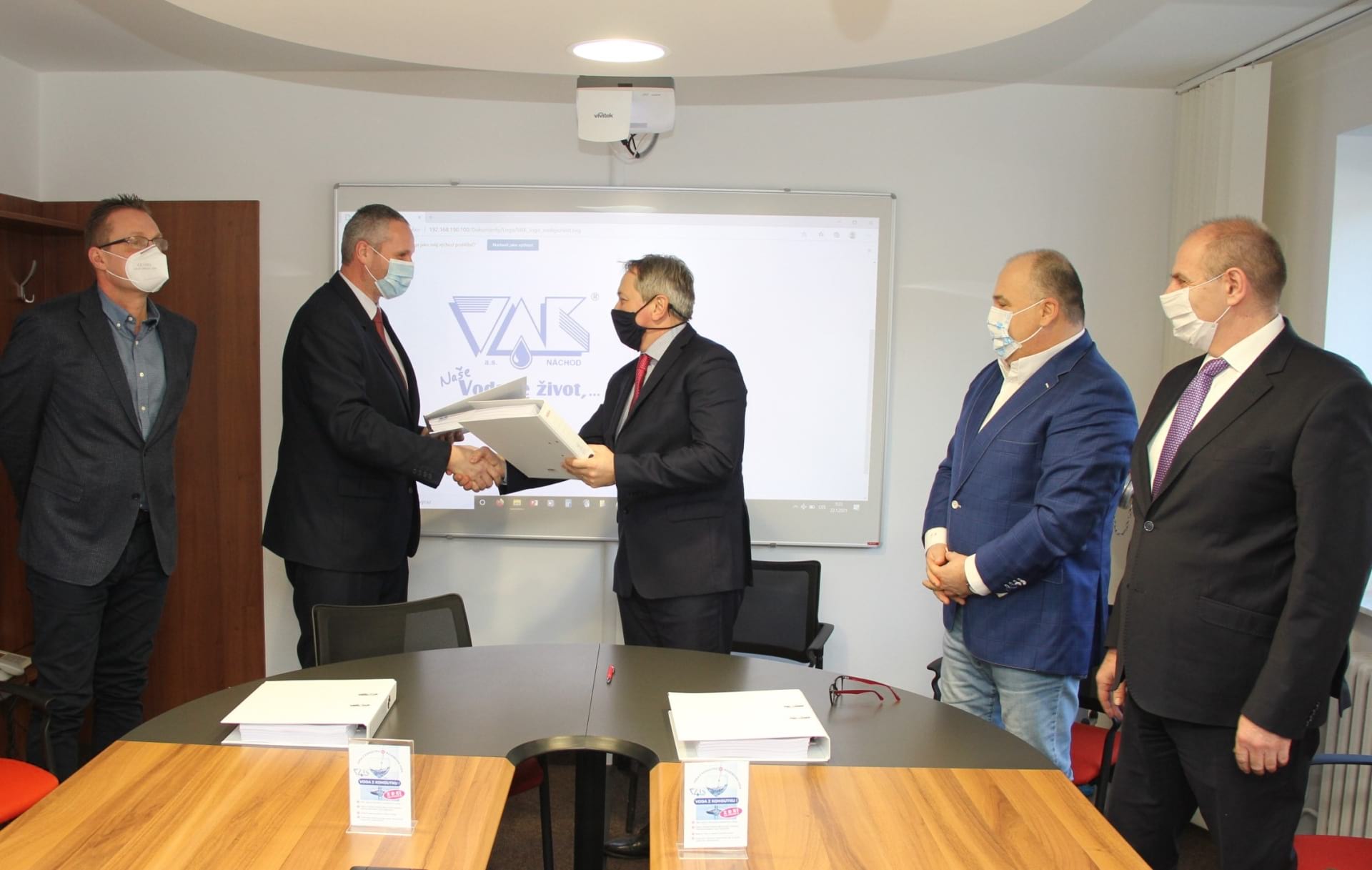 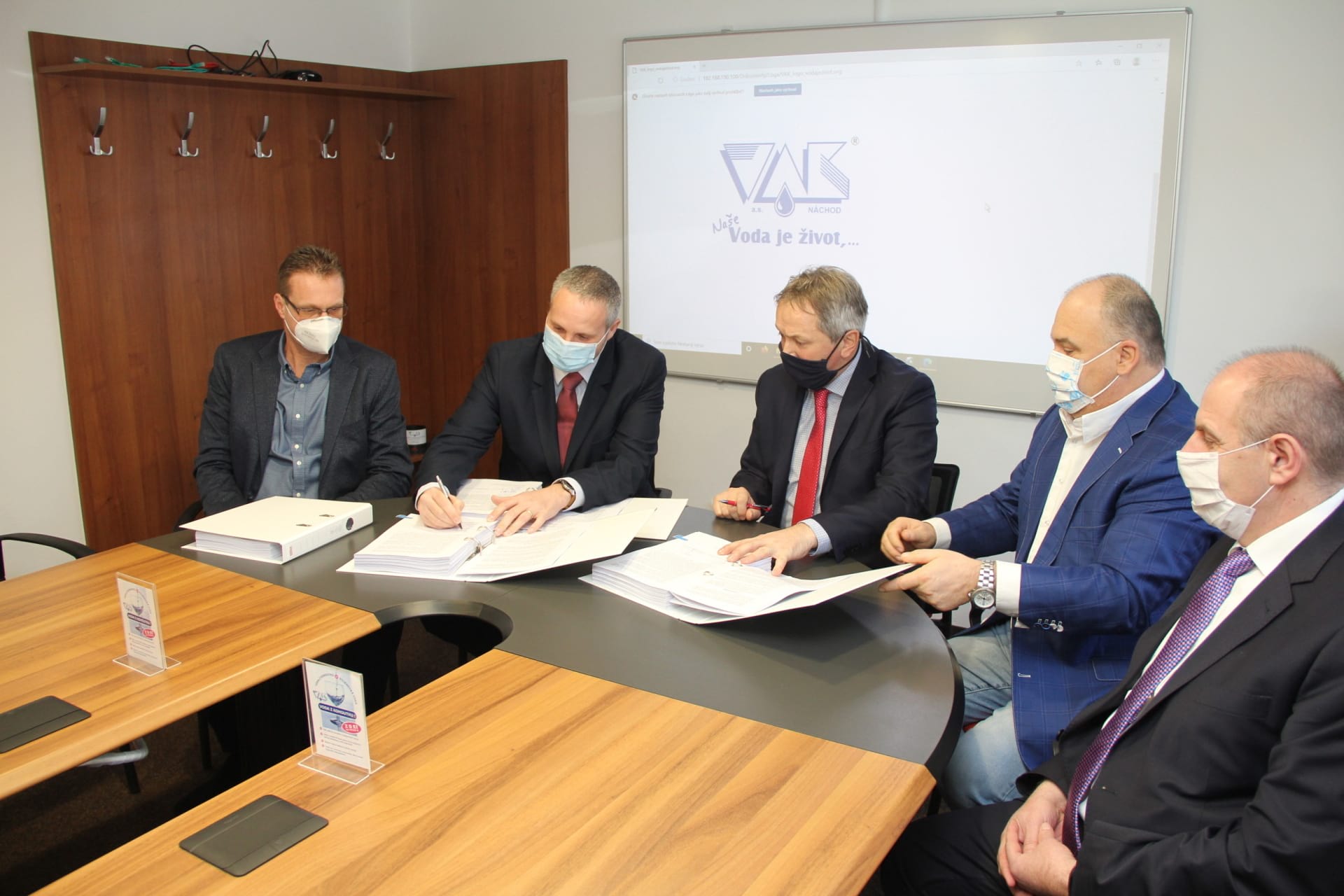 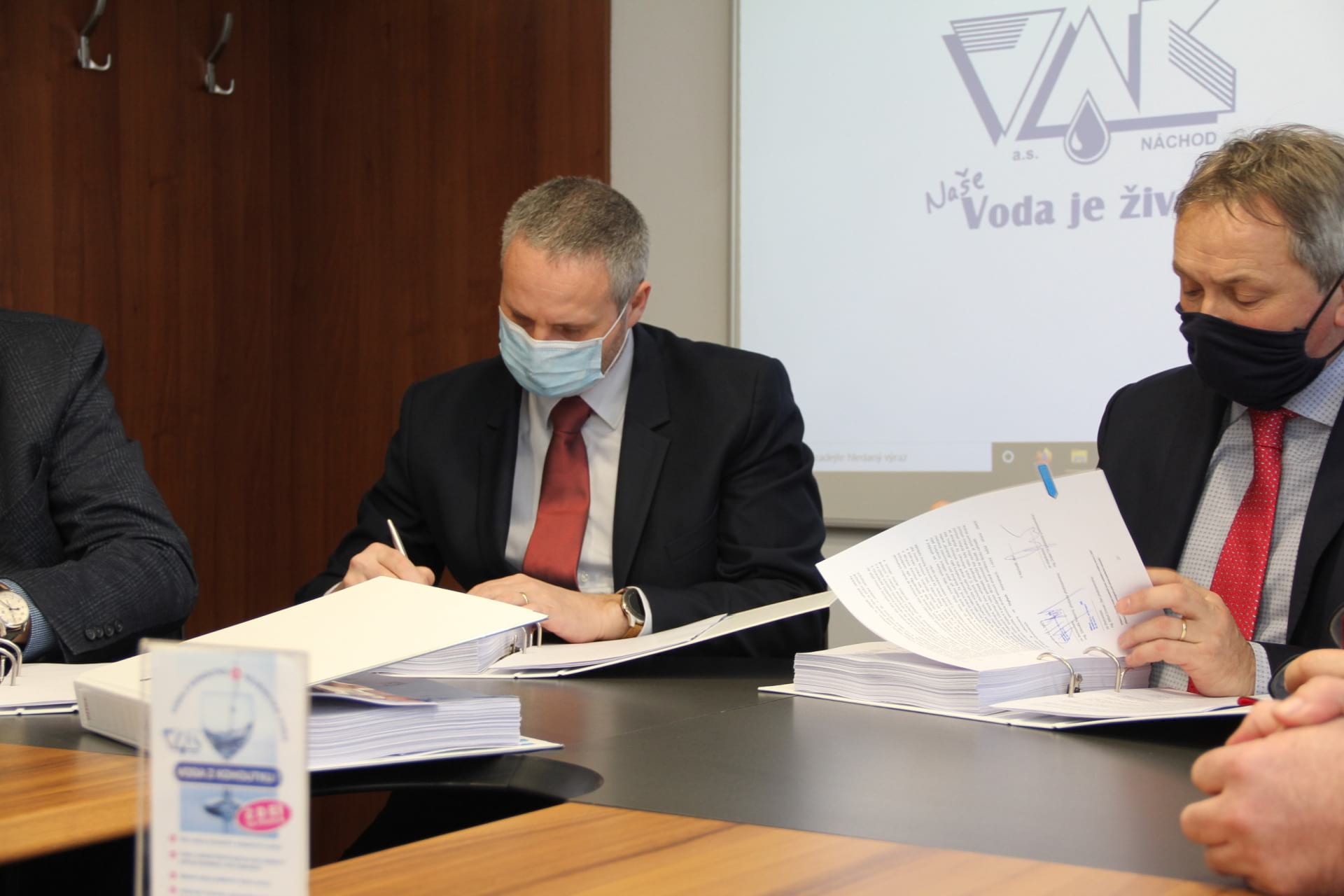 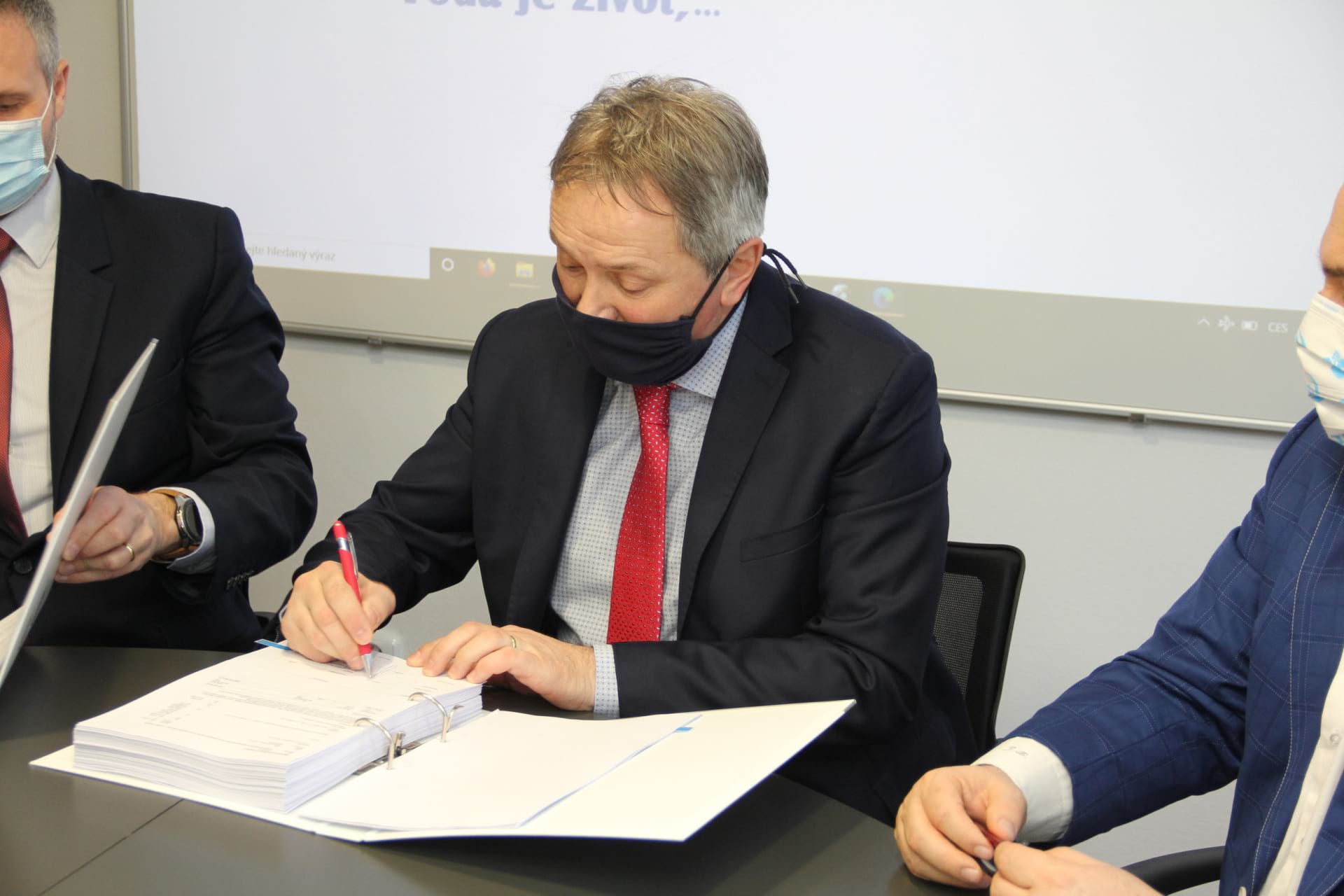 “In 2020, our company obtained building permission to execute the construction of the new Branka III water tank and the reconstruction of the Teplice nad Metují water tank, the spring at Na Plachtách, and the water sources for Petrovičky and Bezděkov nad Metují,” stated Dušan Tér, Chairman of the Board of Directors of Vodovody a kanalizace Náchod, a.s. “The most important part of the project is the new Branka III water tank, which has a capacity of 5000 m3; not only will it make it possible to distribute high quality drinking water to customers in Hradec Králové and Pardubice from water sources in the Police Basin, but it will also serve as a back-up in the case of stoppages or disruptions in the Náchod area,” added Tér.

The overall cost of the project comes to CZK 189.5 mil. “We were able to obtain a grant as part of a program from the Czech Ministry of Agriculture, ‘Support for Mitigating the Negative Effects of Drought and Insufficient Water,’ which covers 70% of the overall costs,”  stated Jan Birke, Vice Chairman of Vodovody a kanalizace Náchod, a.s. and Mayor of Náchod, describing the project. “This is one of the most important current investments into waterworks infrastructure,” said Birke. “I’m glad that such a significant project, which underwent six years of preparation, has reached the execution phase. This construction project will even make it possible to bring water from the Police Basin to the region of Rychnov,” observed Drahoslav Chudoba, Executive Director of the company DABONA s.r.o.

The company Vodohospodářský rozvoj a výstavba a.s. prepared the project documentation. The project’s manager is DABONA s.r.o., the investor’s technical supervision is being supplied by VIS – Vodohospodářsko-inženýrské služby spol. s.r.o. The association Společnost VVS Náchod, represented by VCES a.s., and KUNST, spol. s.r.o., was the winner of the bid to execute the project. VCES will be executing the construction part of the project, while KUNST will provide the waterworks technology. “In the upcoming days, the investor will hand the construction site over to us, and we’ll begin work on the project. We have 20 months to complete the project,” stated Zdeněk Pokorný, Chairman of the Board of VCES a.s. “We’re glad that we can build on our cooperation from previous years,” concluded Pokorný.

A New Waste Water Treatment Plant Is in Operation in Moravany

After a year of intensive work, the wait for a new wastewater treatment plant (WWTP) in the municipality of Moravany has ended. This project has solved problems with capacity overload, outdated operations, and the deteriorating state of the technical construction of the existing WWTP in Moravany.