Skip to content
2. 11. 2018
The town of Ronov nad Doubravou is going to start construction of a sewer system and a new waste water treatment plant (WWTP) in the coming days. Prior to the actual start of the works, representatives of the municipality as well as of the consortium of contractors and other companies involved in the design and execution of this project officially launched the project at a foundation stone ceremony held on Tuesday 30 October 2018. 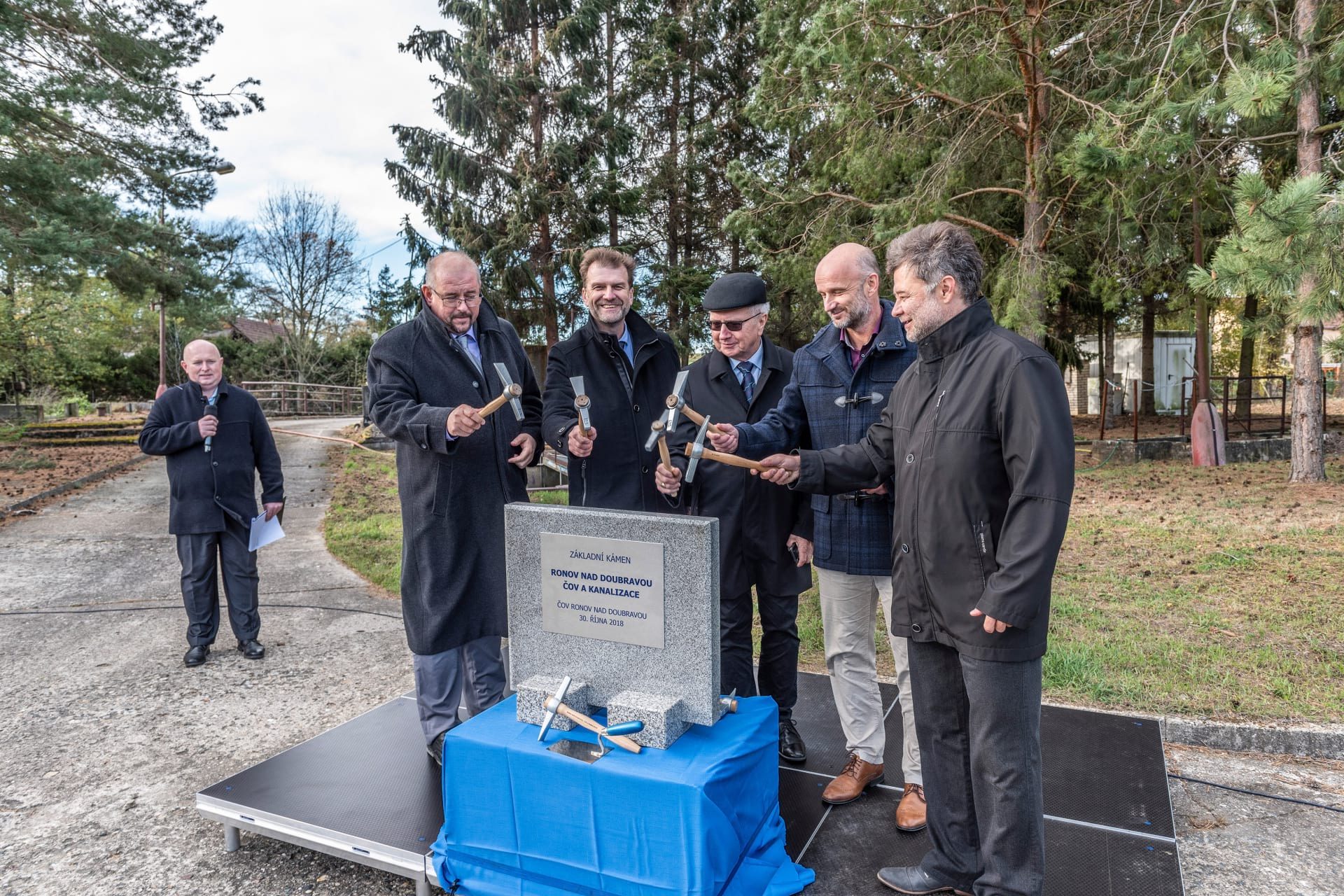 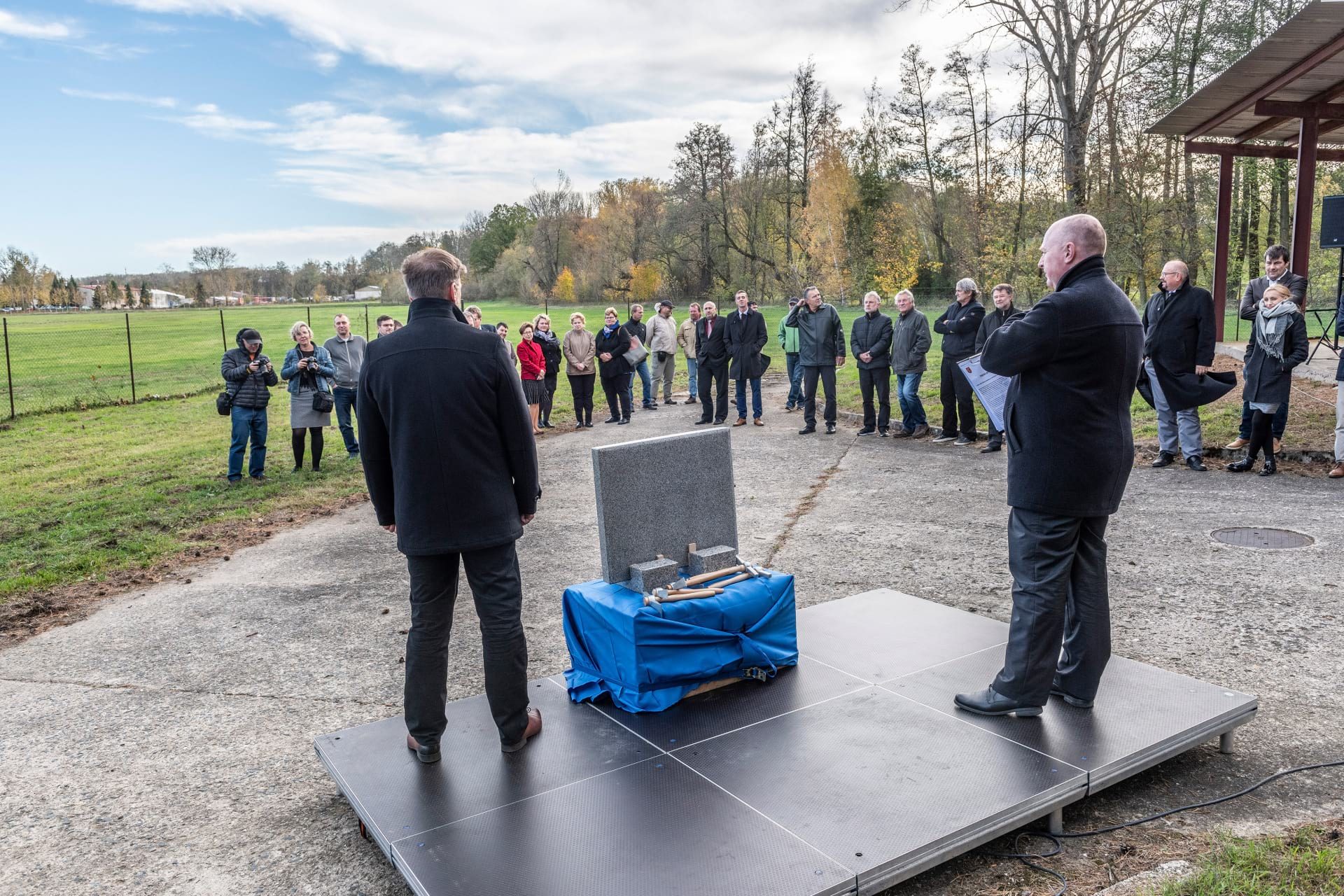 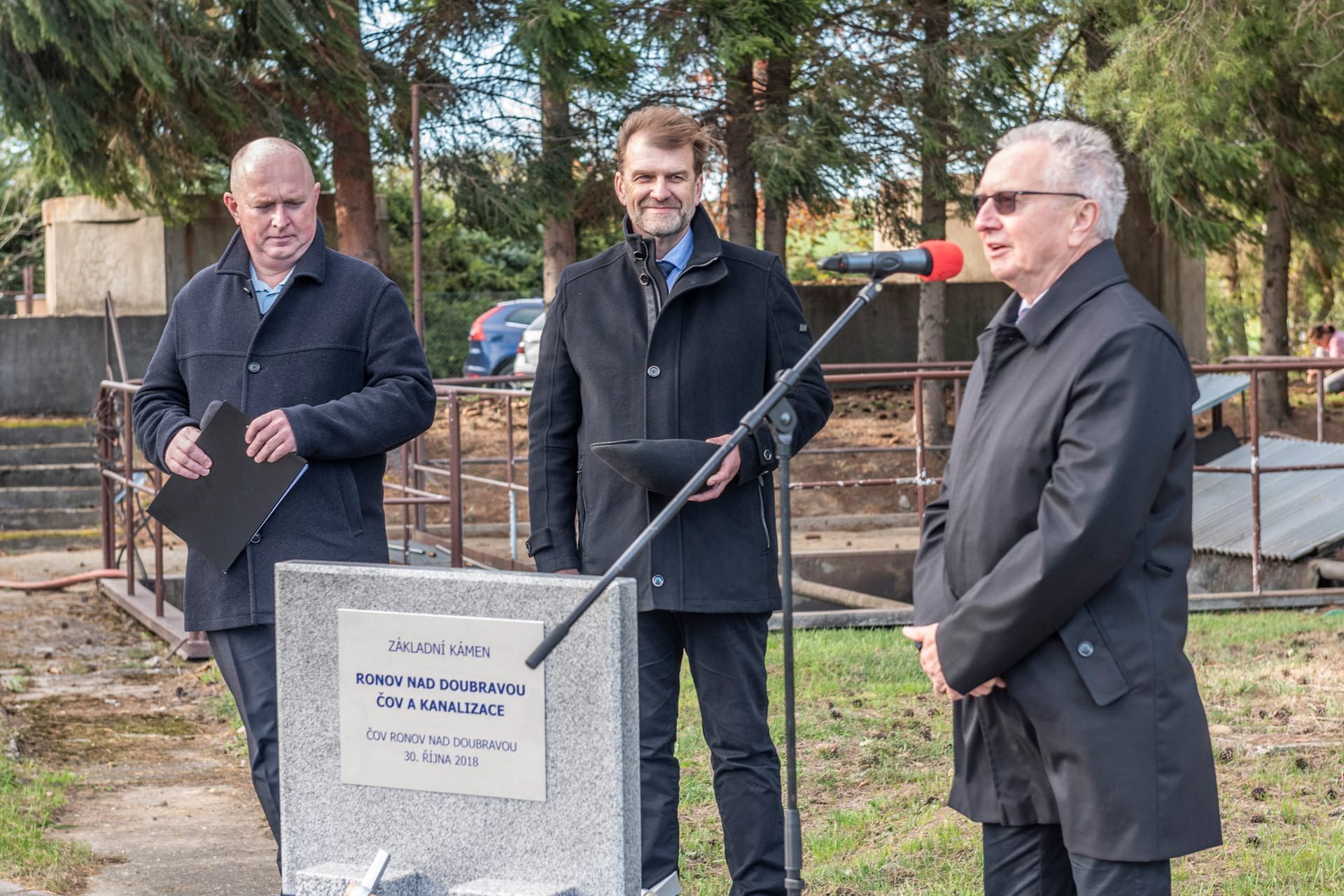 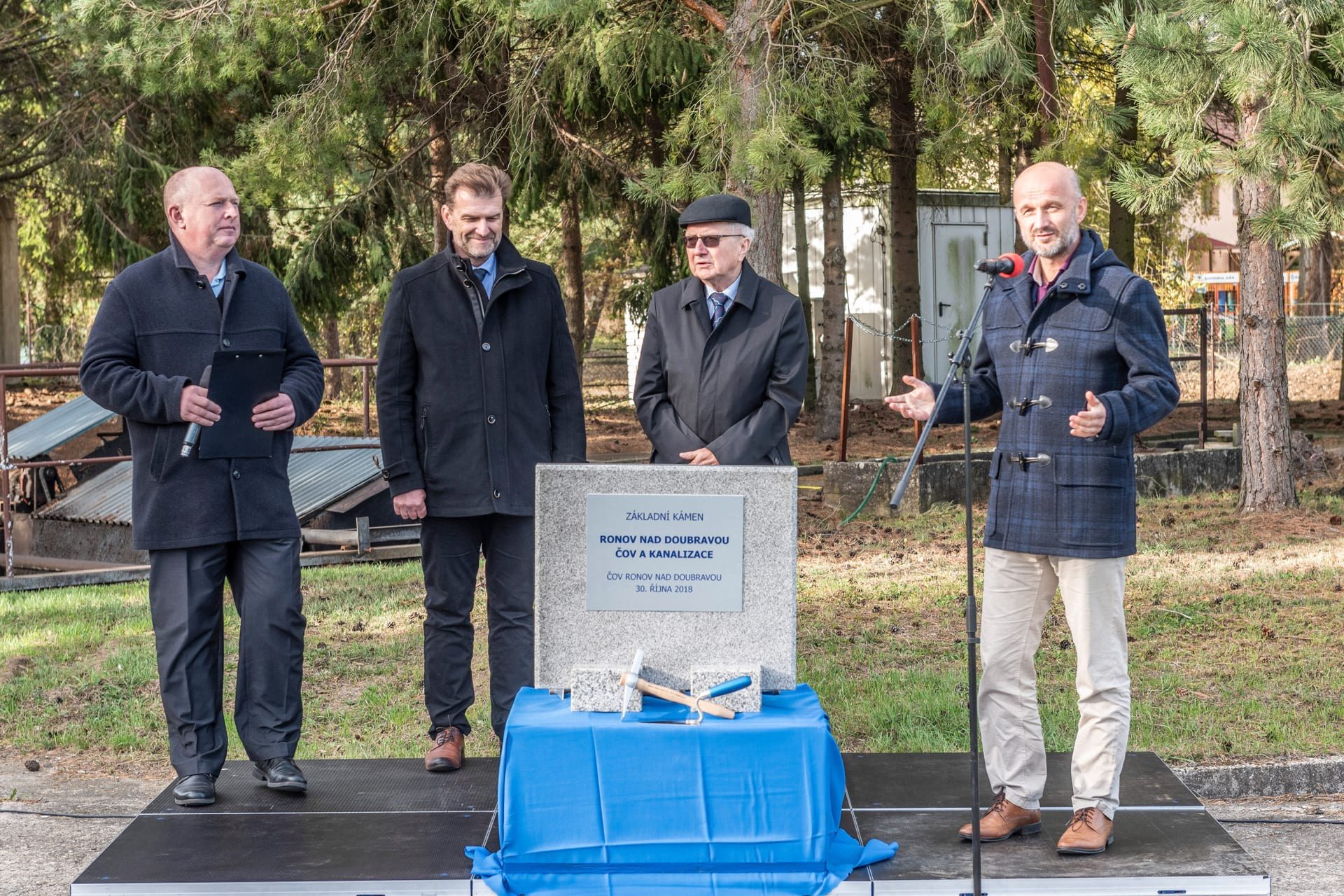 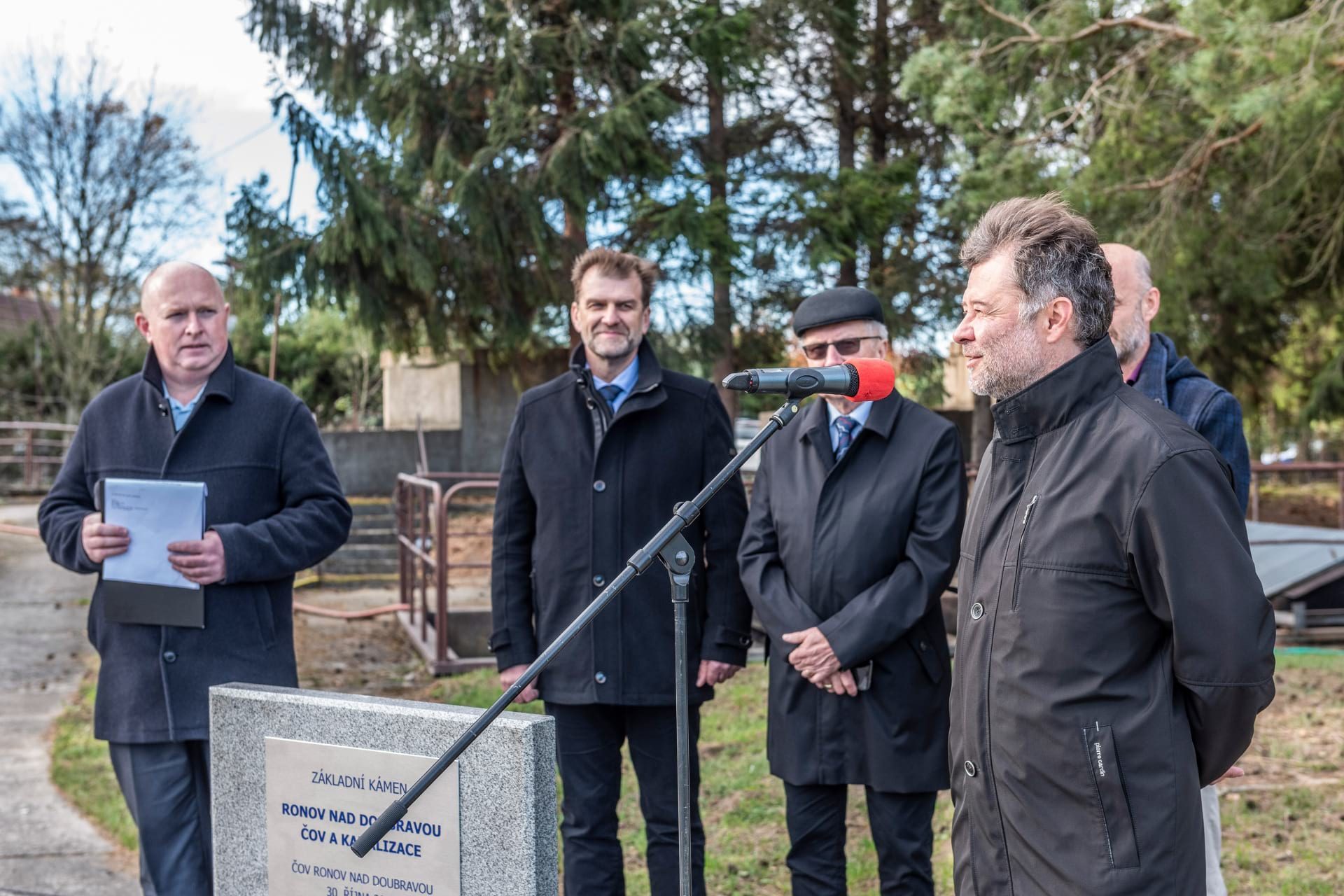 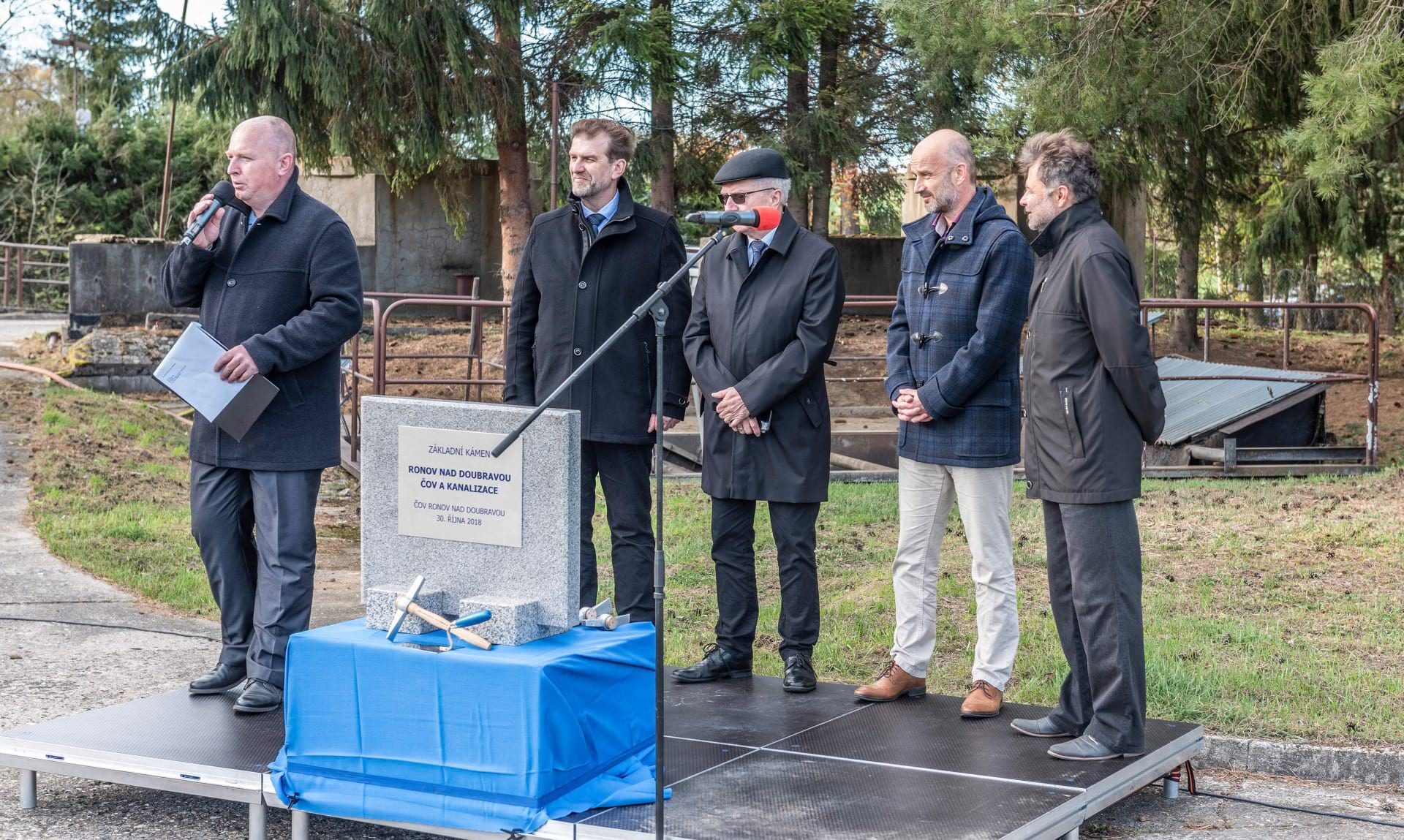 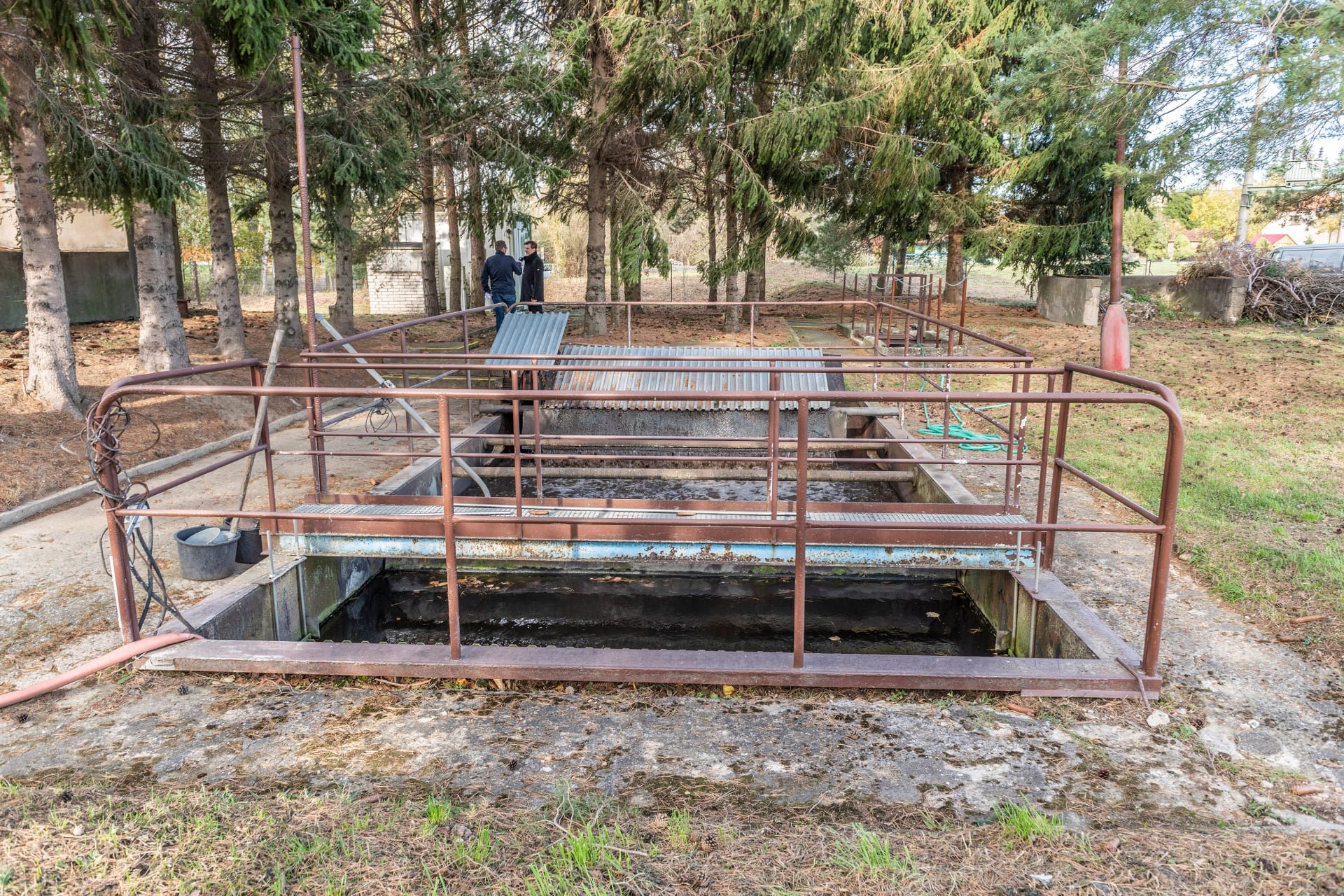 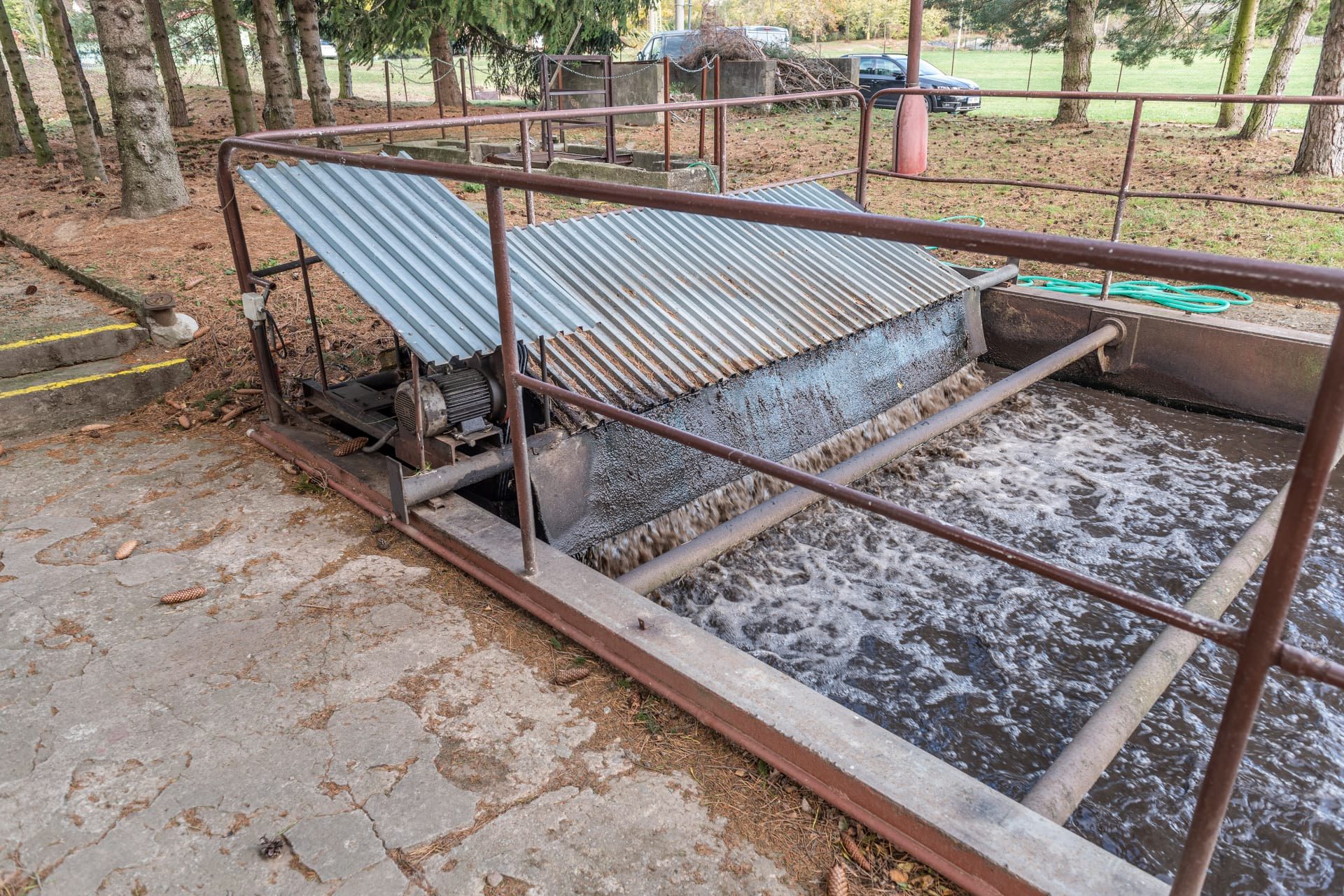 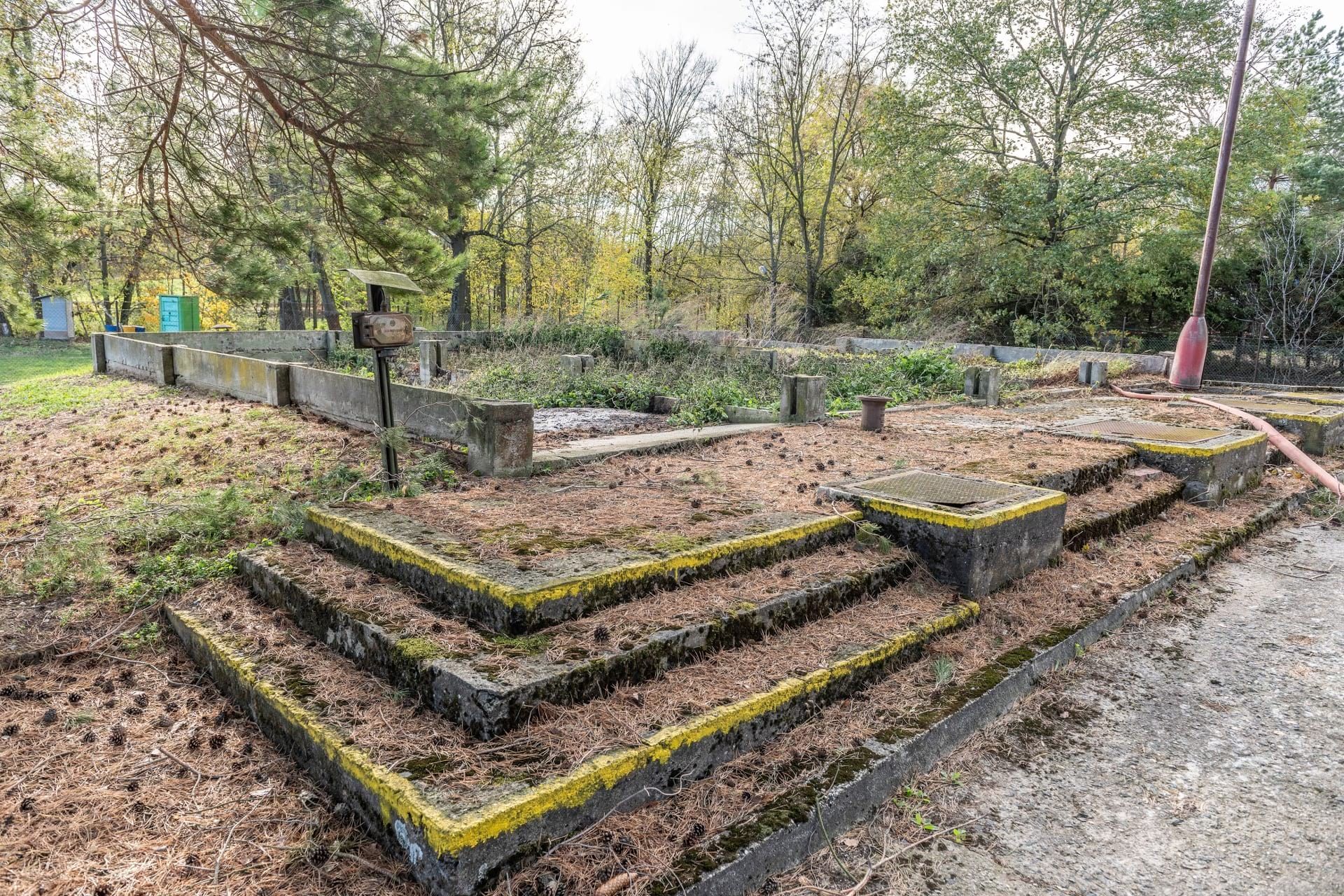 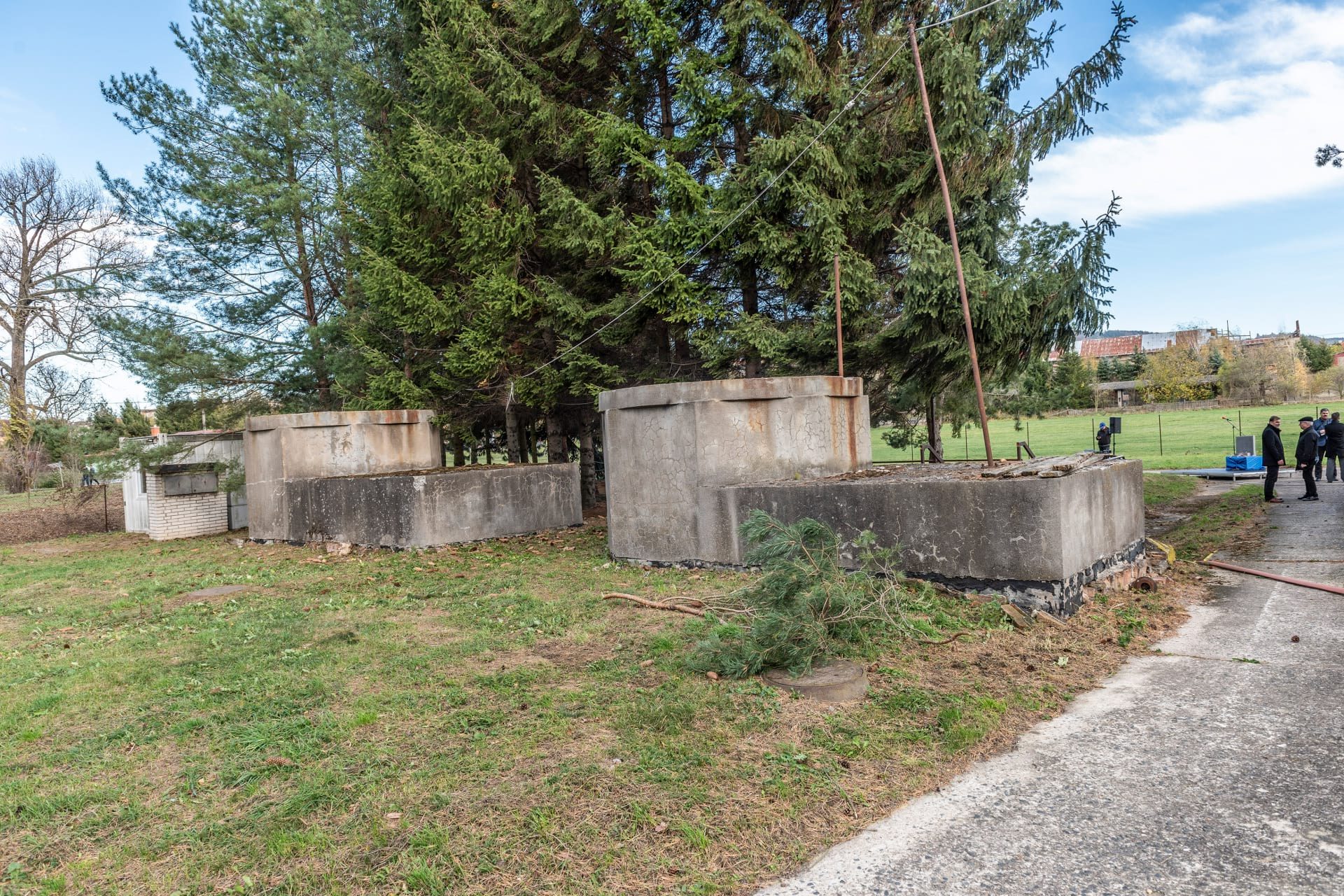 A town with about 1 700 inhabitants, Ronov nad Doubravou has been able to secure a connection to the sewer system for only 15% of its total population so far. “The existing sewer system, which was constructed in the 1970s as part of a new residential project for approx. 200 occupants, has been servicing only a small part of our town,” comments Mayor Marcel Lesák on the current situation and adds that the rest of the town has therefore been discharging sewage effluent through septic tanks into local watercourses and then into the Doubrava River. Obviously, this situation is environmentally unsustainable in the long term and during this year`s dry summer, it even resulted in the local water courses often carrying only sewage effluent.

The project itself features a construction of a sewer system allowing for more than 1 100 population equivalent (PO) to connect to the new WWTP, including the town parts of Mladotice and Morava, which will then transport sewage directly to the new treatment facility for disposal. “Thanks to the designed capacity of the plant, which allows to treat sewage produced by 2 500 PO, we will be able to further develop the town by connecting other town parts and neighbouring villages to the sewer system. After the completion of all the construction works in Ronov, the contractors will immediately commence the extension of the new sewer system to Bousov, which will be the first one of the local villages to connect to the new facility,“ concludes Mr Lesák.

With the total costs estimated at 125 million CZK, the project will receive co-funding from the Operational Programme Environment in the amount of CZK 82.9 million. The remaining part of the costs will be covered from a bank loan taken out by the municipality of Ronov nad Doubravou, which will also apply for a financial grant from the Pardubice Region.

The technical and financial aspects of the project are handled by Recprojekt as the project designer, and EGRANT, which is in charge of securing the co-financing from the Operational Programme Environment. The construction part of the contract, namely the contract for the execution of construction works as well as the supply of waste water treatment technology, has been awarded to “Ronov nad Doubravou Consortium” represented by VCES and Stavitelství Řehoř. Tomáš Kouba, Business Development Manager of VCES, briefly outlines the time schedule of construction works: “In the next few days we are going to take over the construction site from the client, which will mark the start of a time-period of 700 days for the completion and handover of the completed project to the client.” In addition to the mechanical and biological treatment plant and nearly 8 km of gravity sewer system as its main features, it will also be necessary to install two pumping stations in addition to laying 417 meters of pressure sewer pipes and 2 950 meters of public sewer connections.

Following a successful completion of the sewer system and the new WWTP, the municipality is already planning to get down to another environmental project and secure grant funding to clean and remove sludge from local ponds.

The Cheb Hospital Has Begun the Completion of Its Facilities

On 31 January, 2017, the Karlovy Vary Region initiated one of the region’s largest investment projects. The reconstruction and completion of the Cheb Hospital will require CZK 480 mil. including VAT and will last until October of 2019. The construction work is being carried out by the consortium of companies Energie – stavební a báňská a.s and VCES a.s. in partnership.

Construction on the Chrudimpark Residence continues into its next phase